Many Oregon schools are at risk because until the early 1990s, geologists did not consider Oregon a likely site for major earthquake activity. 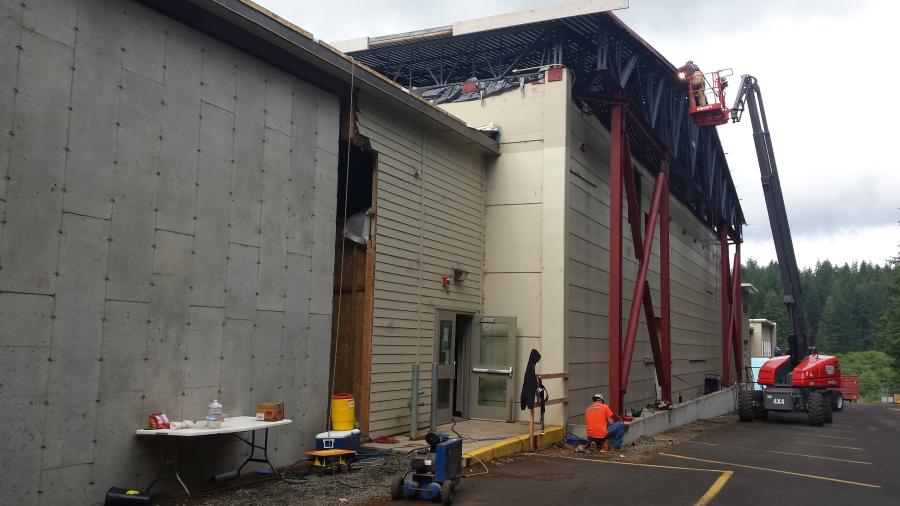 In Oregon, a state seismic program has so far given out more than $1 billion in grants to schools and other public facilities for rehabilitating buildings deemed likely to fall in such an event.

It hasn't always been common knowledge that the Pacific Northwest from northern California to Vancouver, B.C., is vulnerable to a mega earthquake. Scientists only grew savvy to the potential for the Cascadia Subduction Zone off the west coast to rupture in recent decades. But now that the knowledge is readily available, work is ongoing in many places to make buildings safer and more stable when the earthquake does hit.

In Oregon, that's meant a state seismic program that has so far given out more than $1 billion in grants to schools and other public facilities for rehabilitating buildings deemed likely to fall in such an event. The grants are a maximum of $1.5 million and awarded by an advisory committee.

“A survey conducted by the Oregon Department of Geology and Mineral Industries listed more than 1,000 school buildings in Oregon at high or very high risk of collapse in a major earthquake,” said Oregon Senate President Peter Courtney in a press release earlier this year.

“So many of Oregon schools are at risk because until the early 1990s, geologists did not consider Oregon a likely site for major earthquake activity and buildings weren't constructed in a manner to survive earthquakes. The discovery of the Cascadia Subduction Zone off the Oregon Coast changed that perception.”

In some places, existing schools have been shuttered — often because they were situated in tsunami zones — and new buildings erected. In other towns, such as Toledo, about 7 mi. (11.2 km) inland from the coast, a $1.5 million grant from the state has allowed the Lincoln County School District to retrofit the high school gymnasium.

It's a task unlike any other construction project, calling for specialized contractors and even equipment, said Russ Carter, president of ZCS Engineering Inc. with offices in Klamath Falls, Oregon City, Medford and Grants Pass.

“The biggest aspect is a contractor that is real adaptable to changing conditions,” Carter said. “Oftentimes, we don't have existing drawings of old structures. We have to make some assumptions. Sometimes we do destructive investigation, meaning we cut holes and look. We cut enough holes to where we believe we understand the building. Then we start the project. Sometimes we find things we didn't know were there. Sometimes we find things that are damaged and need to be fixed. Then we have to switch gears and modify the design. Having a contractor that can help us adapt and maneuver is a tremendous help. Those contractors are such a big asset.”

To add to the challenge, the work must generally be done when the students are gone, and when unexpected issues arise, it can wreak havoc on the schedule and budget.

“It's a real financial schedule sequencing,” Carter said. “They are big puzzles. It's not just a green field and we go in and build from the ground up. We have to attack an existing building. We have to dive in in June and we have to have it ready by September. Then we find a leak and need to fix it or we find something in the ground we didn't know was there. We still have only a certain amount of time and money. The contractors and designers must come together and work out the problem. It's a collaborative approach. It's very interesting.”

In Toledo, the roof was a barrel design, built 60 years ago.

“They ended up building a new wall,” said Rich Belloni, support services director for the Lincoln County School District. “They went outside the gym three feet, excavated a hole six feet deep. They poured footing the length of the gym 100 feet long, four feet wide and four feet tall. They ran piling down into the ground and then they came up with steel girders and then some beams. Then they go back into the gym and raised the roof about two feet and then screwed a whole bunch of brackets into concrete walls and put a pony wall above it and tied trusses to that. At the far end, they put in seven steel posts across the 100-foot span and they bolted it to the foundation and then up. They just reinforced the wall all the way around this 100-by-100 gym. Then they pulled the roof off and put on a metal roof with steel trusses. And then you side it and put it back together again. Most people won't even know there is anything more than a new roof.”

A retrofit project might call for tunneling, digging or specialized demolition, Carter said. It often calls for innovation, sometimes even inventing a new piece of equipment on the spot.

“A lot of retrofits involve equipment as big as large steel erection equipment, cranes, rigging, lots of access and personal safety equipment, scaffolding, lots of techniques to shield and protect surrounding building. There's lots of hand-held drilling, cutting, lots of small specialized excavation equipment. Sometimes we have to do localized foundation excavation inside a building and have to walk the machinery into the building, down a hallway and through a door without damaging anything. There's lots of confined space work and it's difficult work. The contractors have to be very clever. We often have to dig deep in very confined spaces. Sometimes we have to drill things into the ground to strengthen the foundation and don't have a lot of room overhead to bring in a crane.

“Innovative is a big word in this.”