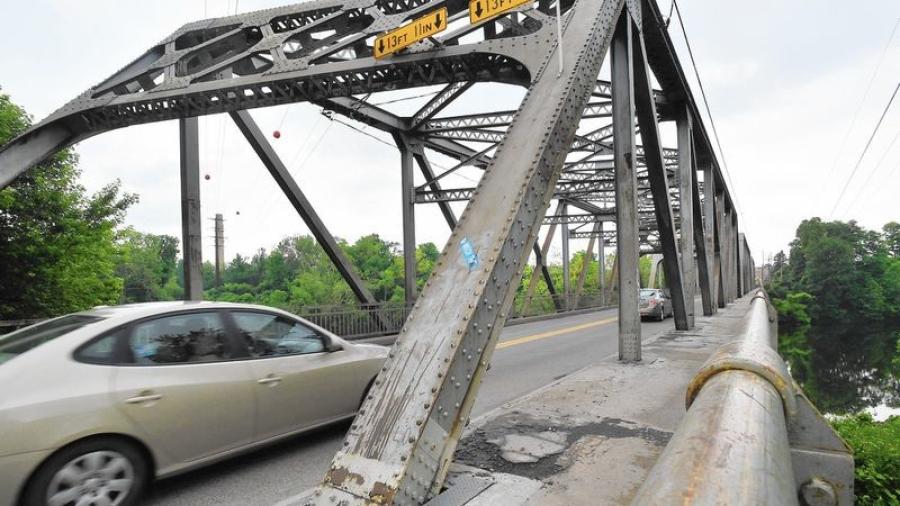 With Pennsylvania's Lehigh Valley needing more than $4 billion to fund improvements to its roads and bridges over the next 25 years, according to area transportation officials, every bit of money helps.

A big boost is expected from the Infrastructure Investment and Jobs Act (IIJA), the $1 trillion bill President Joe Biden signed into law in November. The act is expected to generate $550 billion over the next five years for America's infrastructure projects.

Becky Bradley, executive director of the Lehigh Valley Planning Commission (LVPC) in Allentown, Pa., figures that the area stands to receive about $380 million.

"There are so many cool things that are going to be important to managing congestion, making the community safer and making more accessible paths for bikes, pedestrians and the mobility-impaired," she told The Morning Call in Allentown.

That money would flow through the Lehigh Valley Transportation Study (LVTS), the Planning Commission's sister agency.

"This is huge," said Rick Molchany, LVTS committee member and Lehigh County's general services director. "It always comes down to money and the questions of how much you have available to spend and what's the biggest impact you can make with it. We're always fighting for money, so this bill is a great help."

After Biden signed the bill, the Pennsylvania Department of Transportation (PennDOT), and regional planning agencies, such as the LVTS, developed strategies for infrastructure projects, Bradley said.

"We went into hours and hours of meetings right after Thanksgiving to figure out what projects in the Lehigh Valley would continue and where new projects could be added to this new cycle of federal funding," explained Bradley.

The federal government funds 80 percent of projects on the Transportation Improvement Program list, while the other 20 percent comes from PennDOT and/or municipalities, Molchany added.

"The good news about the new bill is that it's going to really advance some projects that wouldn't have been advanced at all," Bradley said.

Federal Funds Being Apportioned in Pennsylvania

Of the $380 million in funding expected in the Lehigh Valley, PennDOT estimates $100 million will go toward projects such as installing a modern roundabout to improve safety at the intersection of U.S. Highway 222, PA Route 863 and Schantz Road in Upper Macungie Township, spokesperson Sean Brown said. This first roundabout in the Lehigh Valley, a $14 million project, should be near completion by December 2022, Brown said.

Other projects include completing upgrades to the Fullerton Avenue interchange in Whitehall Township and rebuilding the Fifth Street Bridge over U.S. 22 that was removed as part of those interchange upgrades.

"That's an important route for emergency vehicles," Bradley said. "They're also going to finish out more of the [U.S.] 22 westbound ramp onto Fullerton Avenue."

The Morning Call reported that among the list of projects benefiting from the infrastructure funds will be the improvement of PA 191 at the U.S. 22 interchange in Bethlehem.

Then, there is the perilous intersection at the Tilghman Street interchange with PA 309 in South Whitehall Township.

"The ramps are too short," Bradley explained. "Fender benders and more serious accidents happen there all the time, so that whole interchange needs to be upgraded. The engineering is under way right now."

Upgrade to U.S. Highway 22 Will Have to Wait

However, one road improvement initiative has been put on hold, due to money going to higher-priority projects, is the widening of U.S. 22, according to the Lehigh Valley news source.

"We need to do something about the congestion on [U.S.] 22 and the infrastructure that surrounds it," said state Sen. Lisa Boscola. "When there is a serious accident on [U.S.] 22, the Lehigh Valley is essentially shut down because the surrounding roads are insufficient as well.

"It needs to be expanded all the way to [PA] 33, at the very least, and all the on/off ramps need to be reworked to deal with tomorrow's traffic, not just today's," she continued. "Cars and trucks aren't going away. They might be fueled with alternative sources, but we all still need cars to get around the Lehigh Valley."

Molchany said the LVTS also is looking at improving interchanges along U.S. 22 as a precursor to the widening, which may be years away at this point.

Transit and Airports Will Benefit from Funds

Likewise benefiting from the new federal infrastructure law is the Lehigh and Northampton Transportation Authority (LANTA), which provides public bus service in the area.

"We expect $2.7 million more a year in grants through the Federal Transit Administration," said Owen O'Neil, LANTA's executive director, in speaking with The Morning Call. "That's about a 30 percent increase, which is significant. This will help us continue maintaining, repairing, and replacing our buses on a good timeline. It will also enable us to expand our fleet with additional buses if needed. We also have plans to renovate our Bethlehem transportation center, as we did recently with our Allentown center, and continue improvements to our facilities."

In addition, LANTA plans to use some of the money for enhanced bus service, which involves installing larger shelters, improving travel lanes and traffic signals, and designating more stops. The goal is a "rapid transit" system of buses incorporating elements of light-rail or trolley-type service into routes for cheaper, quicker commutes, O'Neil said.

"With the Lehigh Valley being a growing area in terms of population and economic activity, with new warehouses and employment centers being built, we need to be able to continue growing the transit system and offer new services that attract commuters, such as more modern buses and facilities," he added.

Funding Strategy Needs to Be Developed

"The Lehigh Valley is still reeling from the $96 million reduction in transportation funding, which was part of the statewide reduction in 2019, for the 2020-2024 TIP," McClure told The Morning Call. "That cut resulted in a long list of unmet needs, with many projects being delayed or shelved altogether. With transportation revenue continuing to decline, it is imperative that the Commonwealth develop a strategy for infrastructure into the future."

Boscola agreed, describing the U.S. record of infrastructure investment as "abysmal." She has also sponsored a state Senate resolution calling on the U.S. Congress to create a National Infrastructure Bank.