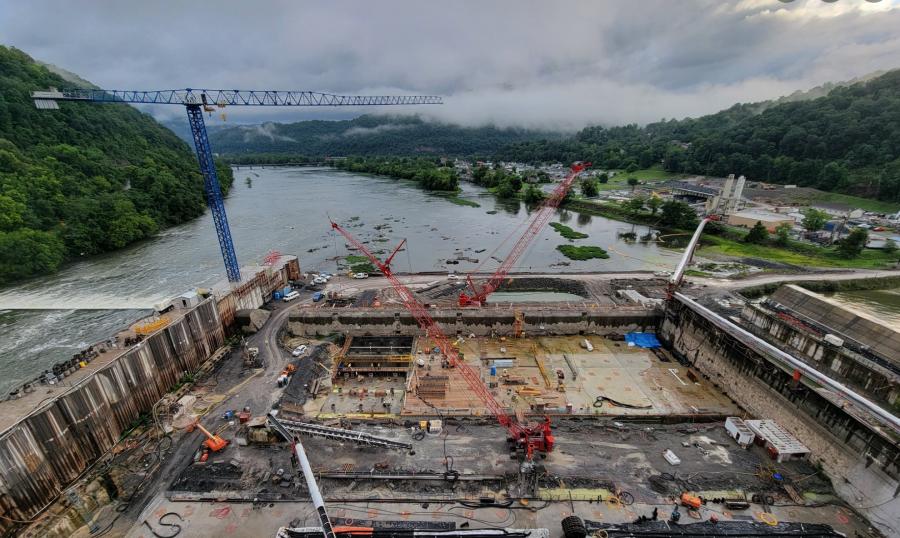 The measure would accelerate the completion of safety modifications to the Bluestone Dam in Summers County. (Photo courtesy of U.S. Army Corps of Engineers Facebook page)

Congress is closer to sending a measure to President Biden for his signature that would perform work on various water projects across the country, including several in West Virginia.

The latest measure includes multiple provisions that would impact West Virginia, including giving the USACE the go-ahead to study the feasibility of modifying seven dams and lakes to allow hydroelectric power generation or energy storage.

Additionally, the federal legislation would change the scope of West Virginia's two major environmental infrastructure efforts to match with the state's new congressional districts and allow for future projects in more counties. The current extent includes only 35 of the state's 55 counties, but the new measure would ensure all counties could take part in the programs.

According to U.S. Sen. Shelley Moore Capito, R-W. Va., the legislation would expand the type of assistance offered in the Chesapeake Bay watershed, which includes West Virginia's Eastern Panhandle, to include wastewater and stormwater projects.

MetroNews also noted that the federal bill would change the cost share for the Lower Mud River flood control project in Milton so that Washington would be responsible for 90 percent of the project's cost, compared to the current 65 percent level.

The measure also would hasten a study related to flood risk management with the Kanawha River basin and authorize a similar study about Huntington. In addition, it would accelerate the completion of safety modifications to the Bluestone Dam in Summers County.

Capito serves as the ranking member of the Senate Environment and Public Works Committee, which led the effort to get the bill through the Senate.

"It's the culmination of a true bipartisan agreement, and it represents our shared goal of addressing the nation's water resources need," Capito said during a speech on the Senate floor.

West Virginia Democratic Sen. Joe Manchin did not vote on the measure due to his spending last week in isolation after testing positive for COVID-19. In a statement, though, he noted the Kanawha River basin study is supported by funds allocated in last year's infrastructure law.

"Along with the investments made possible by my Bipartisan Infrastructure Law, this legislation will enable exciting projects to diversify, modernize and strengthen our economy, create new jobs and make our communities safer," he said.

The U.S. House of Representatives passed a similar version of the measure in June. That chamber voted 384-37, with West Virginia's members — David McKinley, Alex Mooney and Carol Miller — each supporting the federal act.