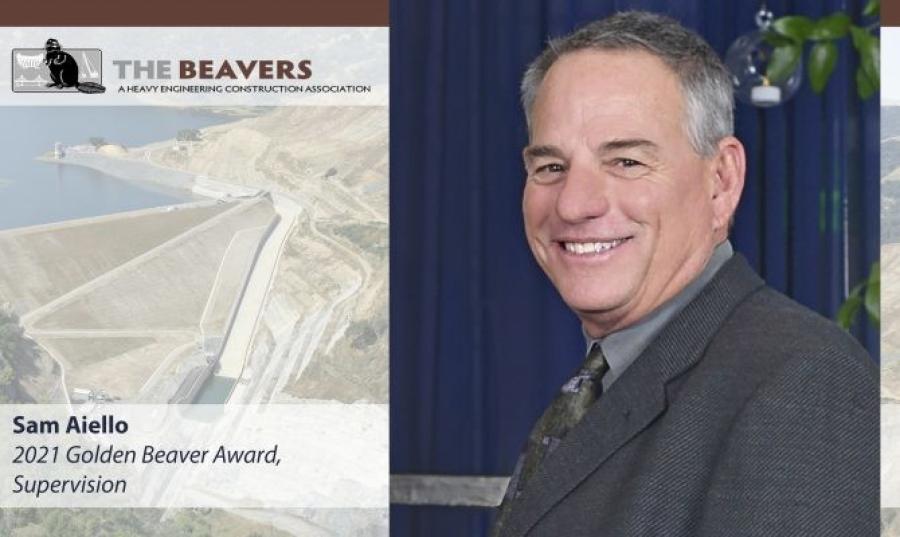 The general superintendent of Sukut Construction, Sam Aiello, has been selected as a recipient of the 2021 Golden Beaver Award in the Supervision category.

Aiello joined Sukut in 1987 as a heavy equipment operator/grade checker. Management noticed his attention to detail, leadership, skills and willingness to go above and beyond, and he quickly moved up the corporate ladder to grading foreman and then general superintendent. 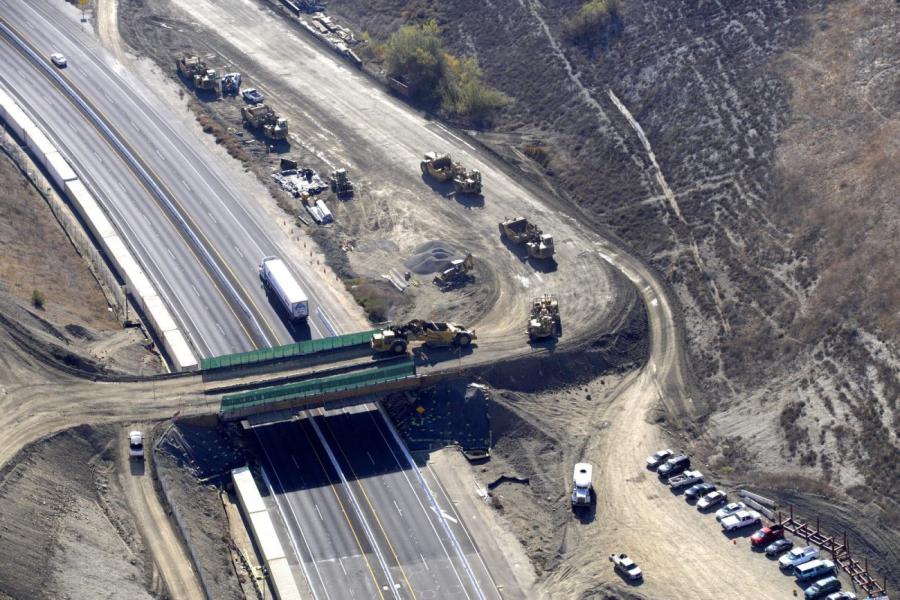 Aiello played a critical role in many history-worthy and challenging projects. One of those projects was the Eastern Transportation Corridor 241/261 Toll Road project in Orange County. From 1996 to 1998, Aiello managed a staff of more than 100 individuals and played a major role in 67 million cu. yds. of earthmoving, including 15 million cu. yds. of rock. With his innovative approach to project oversight and an eye for safety, Sukut completed the project approximately one year ahead of schedule, resulting in numerous industry awards, including Excellence in Safety by the American Road and Transportation Building Association.

In 2011, Sukut broke ground at the Calaveras Dam Replacement project located east of San Francisco Bay. Aiello supervised a team of more than 300 field employees on this risk level three project. The team placed 65,000 cu. yds. of spillway concrete, excavated seven million cu. yds. of earth and moved approximately 4 million cu. yds. of earth for the dam embankment. The project was completed in 2019 and received more than a dozen awards, including a safety award by the Associated General Contractors of America.

Currently, Aeillo is working on the Lake Isabella Dam Safety Modification project located 40 mi. northeast of Bakersfield in Kern County. Like the previous projects that Aiello has overseen, this one is not an easy task to take. The construction activities will enhance the structural capability of the existing dam and restore the water storage capacity. With the formation of a new emergency spillway, the project requires more than 3.75 million cu. yds. of excavation, in addition to drilling, blasting and crushing of more than 2.5 million cu. yds. of granitic rock for additional buttressing and embankment.

According to Sukut, Aiello is known as a team player who always goes above and beyond what is asked of him. He takes his job with pride and enjoys developing and training young employees while focusing on what matters most – safety.

"Sam has a firm understanding of projects and the critical thinking skills to supervise large crews to ensure the timely completion of projects under deadlines and specifications," said Mike Zanaboni, vice president of joint ventures at Sukut. "With his vast experience, friendly personality, and above all, his commitment, Sam makes an impact on the lives of the men and women he works with daily and continues to be a great hands-on leader."