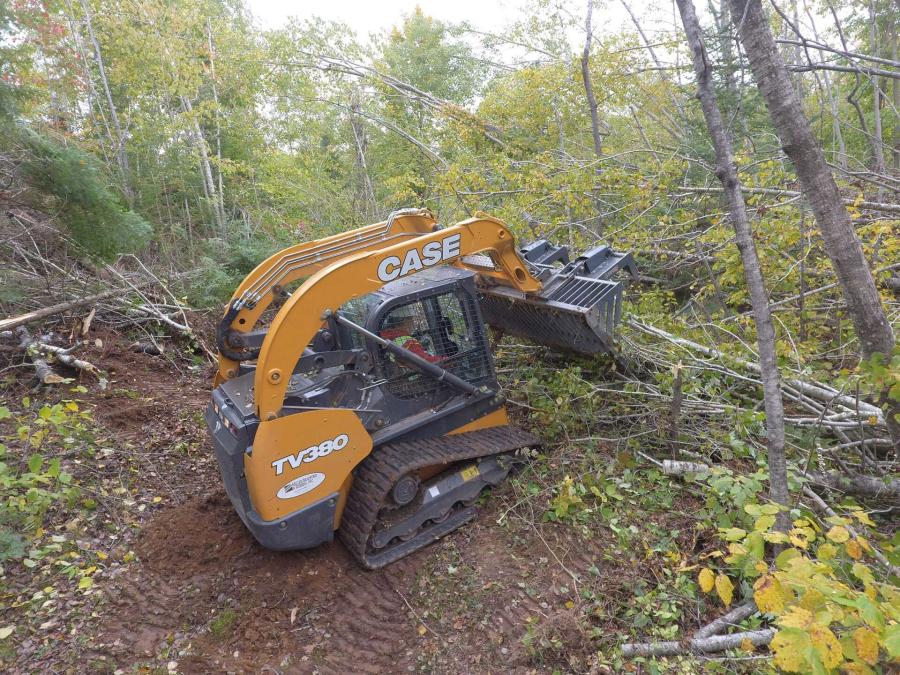 The severe storms and tornadoes uprooted or snapped tens of thousands of trees, devastating wide swaths of forest land. Areas sustaining significant damage included recreational areas such as ATV and snowmobile trails that are important to the tourism economy in the area — especially throughout the winter. During the 10-day operation, 76 Team Rubicon volunteers worked to clear dozens of miles of rec-reational trails, many of which were completely unpassable.

On some trails, including the Crocker Hills Glacier Trail in Lily, Wis., trees and limbs formed walls across the trail taller than 20 ft. To clear the trails, Team Rubicon sawyers partnered with heavy equipment teams that operated Case compact track loaders and excavators provided by Miller-Bradford. As the sawyer teams would cut trees into movable sizes, the Case CTLs and excavators pushed the debris to the side of the trail, making it passable and usable once again for ATVs and snowmobiles.

"We were keenly aware of the impacts that the storms and tornadoes had on the state and the communities that were hit," said Dan Soley, executive vice president of sales and marketing at Miller-Bradford & Risberg. "We know the financial and long-term economic impacts that these natural disasters have on local communities — especially those dependent on tourism — so providing equipment for the clean-up efforts was our way of letting those people know that we have their backs."

According to estimates, hundreds of thousands of trees were downed during the mid-July storms, which produced winds of greater than 100 mph.