The U.S. Department of Transportation called the report’s release “an important milestone” in the permitting process of the train. 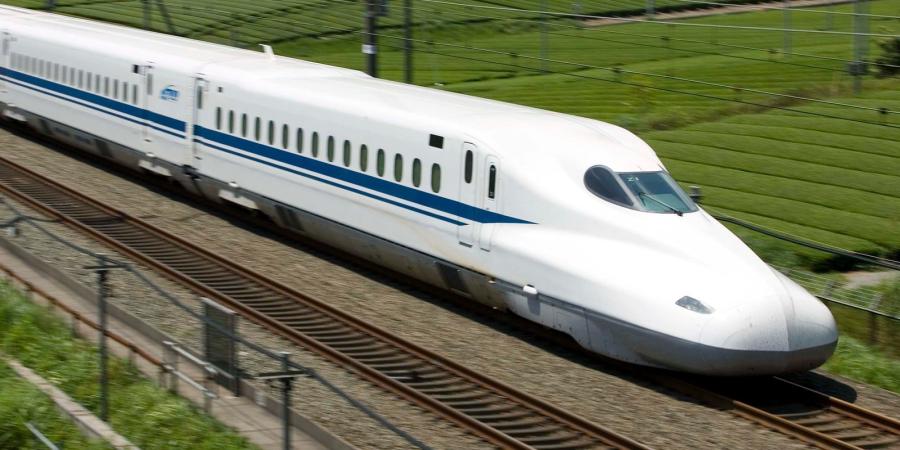 The Federal Railroad Administration's (FRA) analysis, completed after nearly four years of work, provides a path for the high-speed train's planning, design and pre-construction phases, and it ensures the safety and environmental wellbeing of counties and communities along the 240-mile route.

The Texas Bullet Train has made a big push forward as federal regulators for the first time outlined a preferred route between North Texas and Houston and identified passenger station locations.

The Federal Railroad Administration's (FRA) analysis, completed after nearly four years of work, provides a path for the high-speed train's planning, design and pre-construction phases, and it ensures the safety and environmental wellbeing of counties and communities along the 240-mile route.

The Draft Environmental Impact Statement (DEIS), the result of an extensive, public process required for major infrastructure projects, starts the consultation process that will allow the Bullet Train to link the state's two largest urban and economic centers in a travel time of less than 90 minutes, with a midway stop in the Brazos Valley.

The independent, environmental analysis stems from work over the last four years by hundreds of experts, including biologists and natural resource technicians; civil, audio, mechanical and electrical engineers; architects and geologists; and historians and sociologists, among many others.

They reviewed the system's potential impact on the environment and how to manage it to best protect private property and farmland; natural resources, water and wetlands; threatened and endangered species; energy demands; and other conditions along the 240-mile route.

The U.S. Department of Transportation called the report's release “an important milestone” in the permitting process of the train.

“Safe, accessible and efficient regional rail systems are an important component in the transportation networks of many areas,” Transportation Secretary Elaine Chao said, referring to the Texas Bullet Train and others being developed. “As proposed, these rail projects would increase travel options and promote economic growth in their regions of the country.”

The assessment is the latest major advancement by the train, including the recent selection of Irving, Texas-based Fluor Enterprises Inc. and The Lane Construction Corp. as the preferred design/build team, with WSP USA conducting engineering work on their behalf.

The report also reflects input from thousands of comments by the public, including landowners, community groups, elected officials and others. An independent consultant managed by the FRA solicited, compiled and reviewed the public responses and technical reviews.

The FRA said the train would “alleviate the strain” on the state's existing infrastructure and “is needed to accommodate growing demand.”

Texas Central CEO Carlos Aguilar said the design/build teams, which have domestic and international rail experience, will use the DEIS findings to incorporate more details into planning, cost and scheduling. Their work will address remaining environmental issues in the best way possible and avoid conflicts with existing infrastructure, such as roads, transmission lines and subsurface utilities.

“Thousands of hours have been spent to ensure the Texas Bullet Train will be constructed and operated in a way that gives Texans a choice for the safest mode of transportation in the world. This process ensures issues identified are addressed in the best way possible for communities and the environment. We will respectfully follow this public consultation process to ensure legitimate concerns from all stakeholders are addressed,” Aguilar said.

Among the DEIS highlights:

It outlines a preferred route for the all-electric train that mostly follows transmission lines in a utility corridor between North Texas and Houston. This is the result of a study by the FRA and other government agencies, that started with more than a half dozen options.

The preferred alignment would minimize impacts on the environment and existing development and would allow the system to optimize operational efficiency. It also outlines a more precise route, that would accelerate planning, design and coordination with landowners and communities.

In comparing the final options, the FRA identified a preferred route that “would have fewer permanent impacts to the socioeconomic, natural, physical and cultural resources environment.”

It gives potential passenger terminal sites in Dallas, Houston and the only midway stop, in Grimes County, serving Bryan/College Station in the Brazos Valley.

The report notes transit services in Dallas and Harris counties, operated by DART and METRO respectively, could see increased ridership because of the project.

Also, stations would be built to minimize energy and water usage and promote indoor air quality.

The Dallas station will be in the Cedars area south of the Kay Bailey Hutchison Convention Center.

The Brazos Valley Station in Grimes County will be near Texas 90 and State Highway 30. It would serve Bryan-College Station and include direct shuttle service to Texas A&M University, according to the report.

It lists three options for the Houston passenger terminal, with a final to be determined later. It would be in the general area south of U.S. 290, west of Loop 610 and north of Interstate 10 – near major employment centers, including the Galleria, Medical Center, Energy Corridor and downtown.

The proposed high-speed train technology – which is the safest, most efficient way to travel in the world – will be built incorporating viaduct structures on a significant part of the alignment to maintain existing road crossings and allow for economic activity to continue.

There will be no “at grade crossings,” removing the risk of intersecting with vehicles and allowing for free movement of wildlife, pedestrians and cars.

Also, the clean nature of the rail system will benefit high-growth areas where some counties already have reached air quality non-attainment status.

The analysis “considered permanent impacts to air quality, water quality, noise and vibration, hazardous materials, aesthetics and visual, transportation, land use, socioeconomic, safety and security and recreation facility. Overall, construction and operation impacts would not affect [these] in a disproportionately high and adverse manner.”

The project is expected to generate $36 billion in direct economic activity over the next 25 years, create more than 10,000 direct jobs per year during construction and up to 1,000 jobs permanently when operational. As the DEIS confirms, at least 25 percent of these permanent jobs will be in rural counties along the route.

In addition, the report said, “Every permanent job from the [high-speed rail] HSR system would indirectly spur two to four jobs in supporting industries.”

The railroad also expects to pay more than $2.5 billion in taxes over the next 25 years, going to counties, cities, schools and other taxing entities along the route.

And “this positive impact on tax revenues would occur annually, as it would create permanent changes to employment and earnings within the regional economy,” the report said.