The 'First State' Updates Part of Its I-95 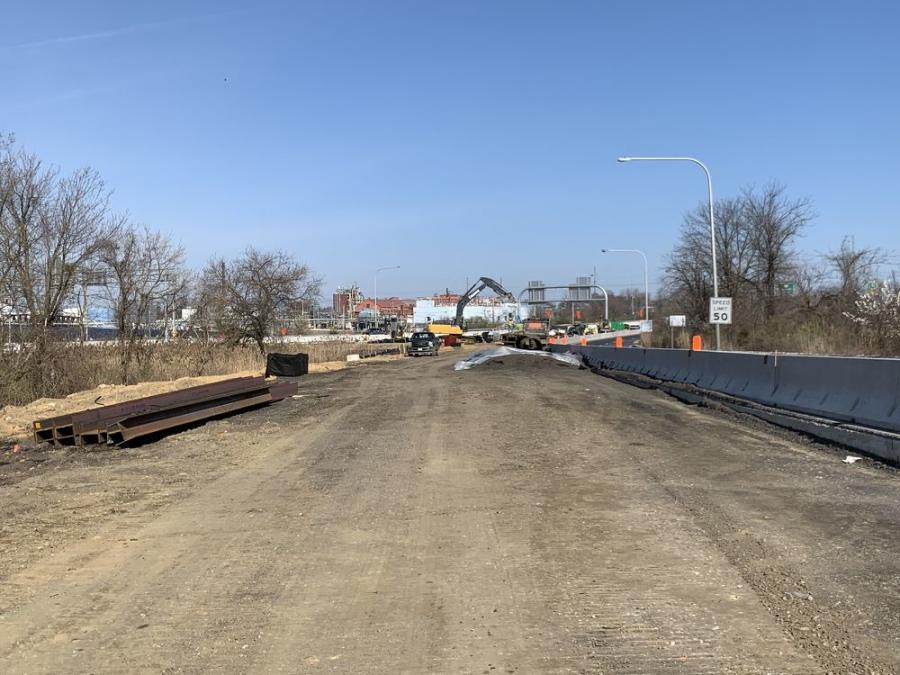 Looking north on SR 141. As part of Phase 1, crews will widen SR 141 at Commons Boulevard to provide additional through lanes and a triple left turn from Commons Boulevard. Crews are also reconstructing the SR 141 bridges over southbound I-95. The site runs from Jay Drive to Airport Road.

One of the busiest highway corridors in the U.S. is Interstate 95, a stretch that runs north from Richmond, Va., before continuing around Washington, D.C., Baltimore, Philadelphia, New York City, New Haven, Conn., and Boston. 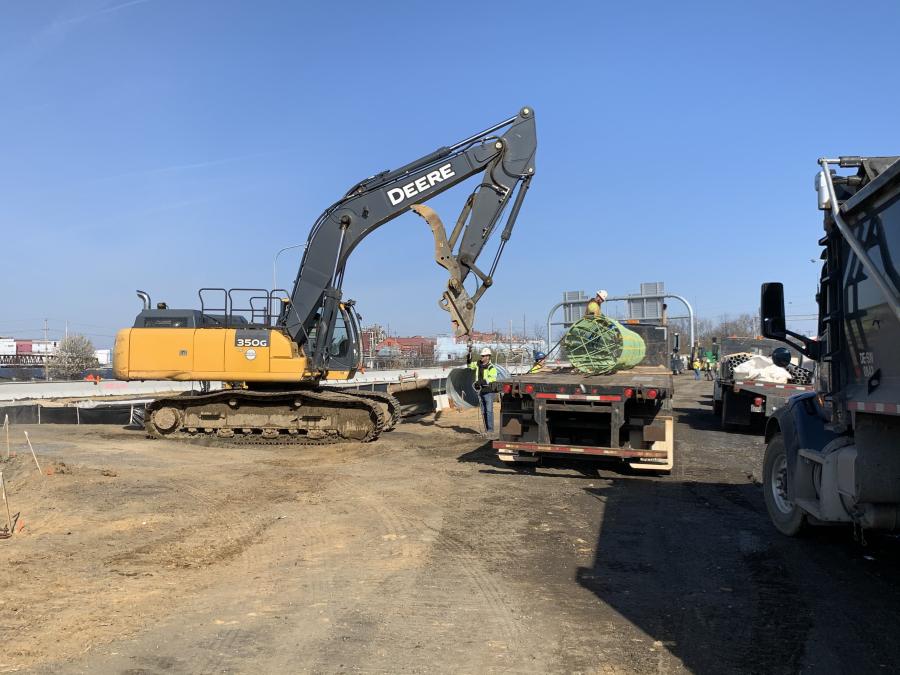 Obviously, with cities of that size, the area served by I-95 is the most densely populated region in the nation. As well as being a superhighway for motorists, I-95 has also become a key to the American economy as a major trucking artery for transporting goods and services.

But portions of I-95 in the Northeast are among the oldest roadways in the country, too, with many miles of highway and individual bridges and overpasses in dire need of upgrade. Improvement projects are now dotted all along the route in every state and it's not only the interstate that needs refurbishment, but many of its auxiliary interstates and intersections with state and local roads.

In Delaware, where the length of I-95 is only 23 mi., a $70 million project is currently under way at key interchanges southwest of Wilmington in the town of Newport. There, DelDOT is supervising work that focuses primarily on the interstate junctions with State Road 141, an often congested four-lane road itself that directly connects vehicles with I-95 and one of its two auxiliary routes, I-295 (the Delaware Turnpike), to several communities in the greater Wilmington area. The project will also affect traffic on nearby I-495.

At first glance, the project appears simple. On closer inspection, though, DelDOT's venture is rather complex and is designed to be built in six phases, four of which are made up of sub-phases.

The SR 141/I-95 improvements project length is two miles long from north to south, as measured on the state highway, but Jason Hastings, DelDOT's chief of bridges & structures said his agency regards it as an important solution to a set of long-standing issues, chief among them increasing traffic and safety concerns. As expected, the interchanges experience their most congestion during the morning and afternoon peak hours, but the heavy traffic also results in high numbers of related accidents along SR 141 near the junctions with the interstates.

"The four bridges there were in poor condition and had really exceeded their service life," Hastings said. "Added to that, the ramps needed to be reconstructed due to the condition of the pavement. For example, the intersection of Commons Boulevard and SR 141 was identified as a concern through our Highway Safety Improvement Program (HSIP), and traffic increases over the years has led to its needing both safety and capacity upgrades."

Richard E. Pierson Construction Company, located in Pilesboro, N.J., is the prime contractor for the Delaware project. The firm has the reputation for being among the top heavy-construction companies in the mid-Atlantic states. 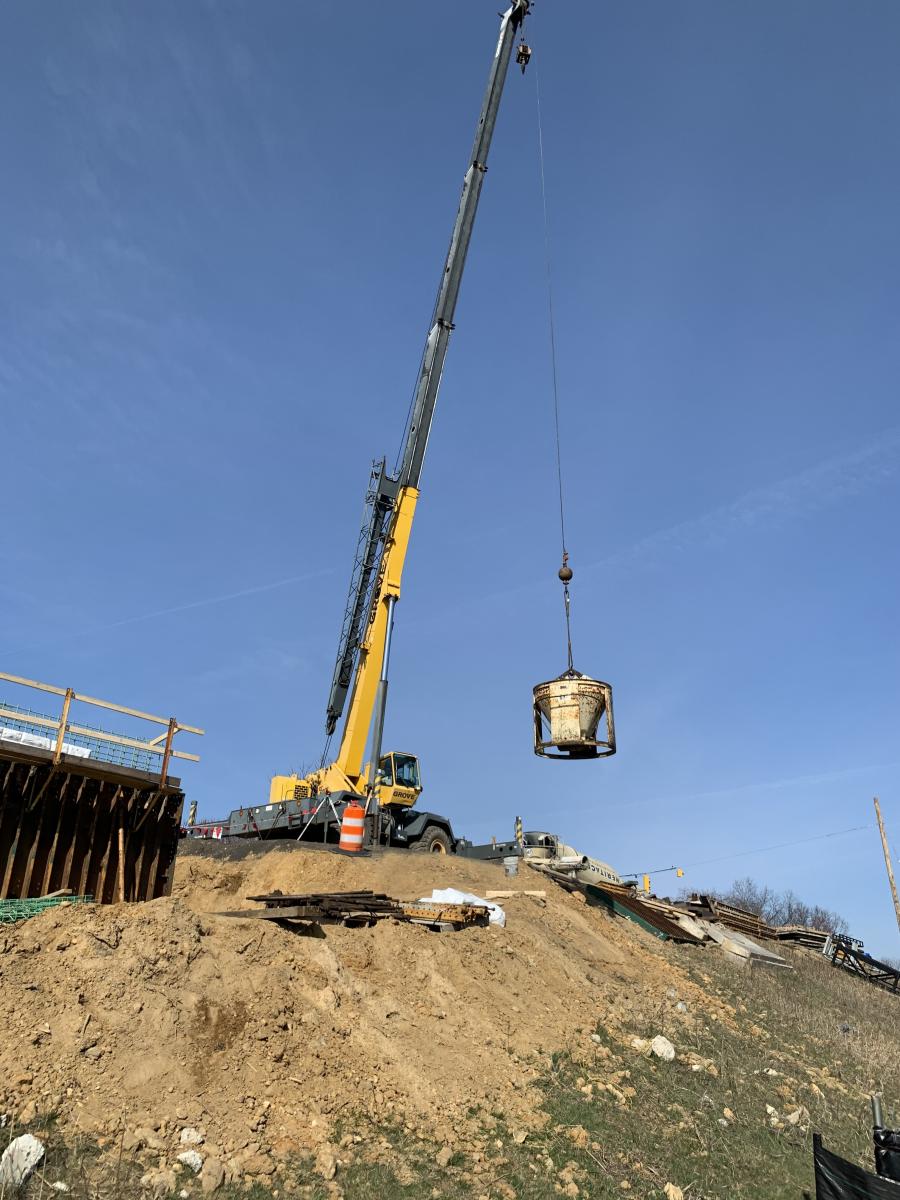 Pierson and its subcontractors started construction last August 19, with a target date of March 18, 2022 for the SR 141/I-95 work to be substantially complete, according to Hastings.

The first order of business was to concentrate on three sets of interchange on/off ramps at SR 141 and I-95 that required full reconstruction. DelDOT stipulated that ramp closures could not last more than 60 days per set of ramps (each making up two ramps) and that the first two sets had to be finished by the end of December 2019. Part of Phase 5, the contractor rebuilt the ramp from southbound SR 141 onto southbound I-95 by October before doing the same at the ramp from NB SR 141 onto SB I-95 and the access road leading from SB I-95 to NB SR 141 by the end of 2019.

Without a doubt, a substantial amount of construction is currently happening through the corridor and it will continue to be extensive for the next two years. As a result, DelDOT has planned detours to reroute traffic safely around the work zones, which will also impact drivers on I-495.

Just a sampling of the active portions of the project illustrate that fact:

In the first week of March 2020, Hastings reported a bevy of activity at the site for the new SR 141 bridge over I-95.

"To date, the contractor has performed the demolition of the existing structures, installed the excavation supports for the new bridges and begun pile driving operations," he said. "The embankments are also complete for two-thirds complete Phase 5, which includes northbound/southbound SR 141 and the widening effort along southbound I-95." 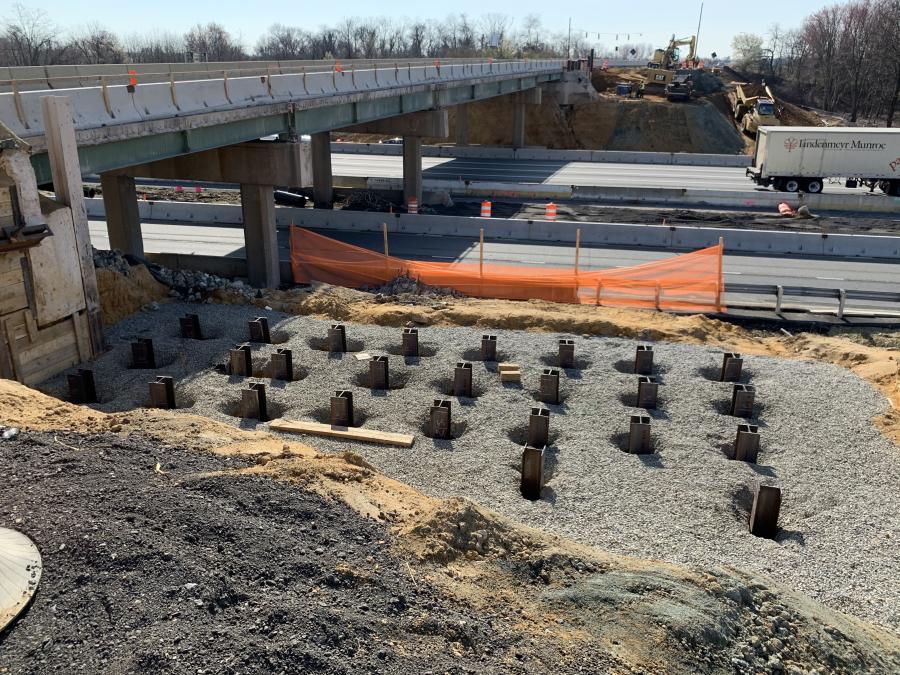 "The setting of the superstructure modules, although a well-coordinated operation, will be a first for DelDOT and Pierson," Hastings said. "The contractor will have to ensure all design geometry is met, assuming the design camber will work itself out during installation. These modules will require a two-crane pick, and the span over I-95 will require the closure and detour of all three interstates, leaving a small window to set the required spans per shift."

As expected, a great deal of earthmoving, pile driving and concrete work is being performed on the SR 141/I-95 project. To do those jobs, the builders needed the following partial list of materials:

Among the equipment being used on the Delaware road project are a Manitowoc 11000 crawler crane, a Kobelco CK 2000 crawler crane and a Grove GH75 RT track crane, Hastings said. In addition, an assortment of excavators has been working at the site, including Cat 303s and Cat 349s, and John Deere 350s and 30Gs. Likewise, an array of Cat D8 and D3 model dozers are on hand to move the dirt.

With this project being complex and work ongoing at multiple busy intersections, DelDOT has put a lot of expertise into managing the vehicle traffic along Delaware SR 141 and the I-95 corridor. The goal, of course, is putting safety first, while also helping motorists get through the work zone as quickly as possible.

"This has also resulted in several stringent restrictions on when these lanes can be closed for work," Hastings said. "And, of course, it poses challenges for work access and worker safety, as well."

Most work involving lane closures and detours on the SR 141/I-95 interchange is scheduled to be complete by Spring 2021 and Hastings forecasts that 2020 will be the busiest construction year of the entire project. CEG