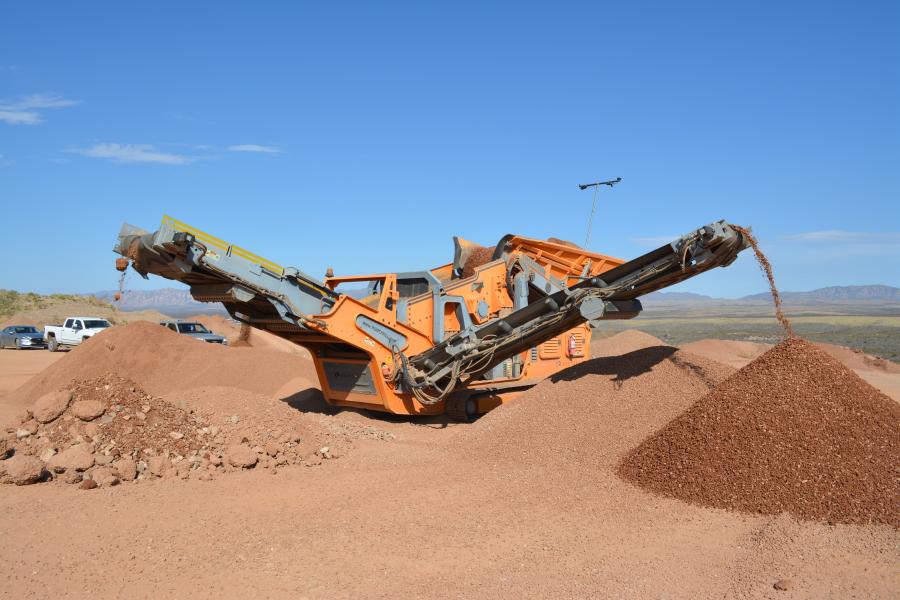 Portafill’s MR5 reclaimer screen is the workhorse on the mine reclamation project.

The town of Tombstone, Ariz., conjures images of gunfights, gambling and silver mines. Doc Holliday, Wyatt Earp and the Clanton gang actually roamed the streets of the southern Arizona town approximately 120 years ago.

Today, Tombstone boasts a booming tourism industry, but is otherwise a sleepy community nestled between the Huachuca Mountains and Whetstone Mountains of Cochise County, where silver mines employed thousands in the town's glory days. 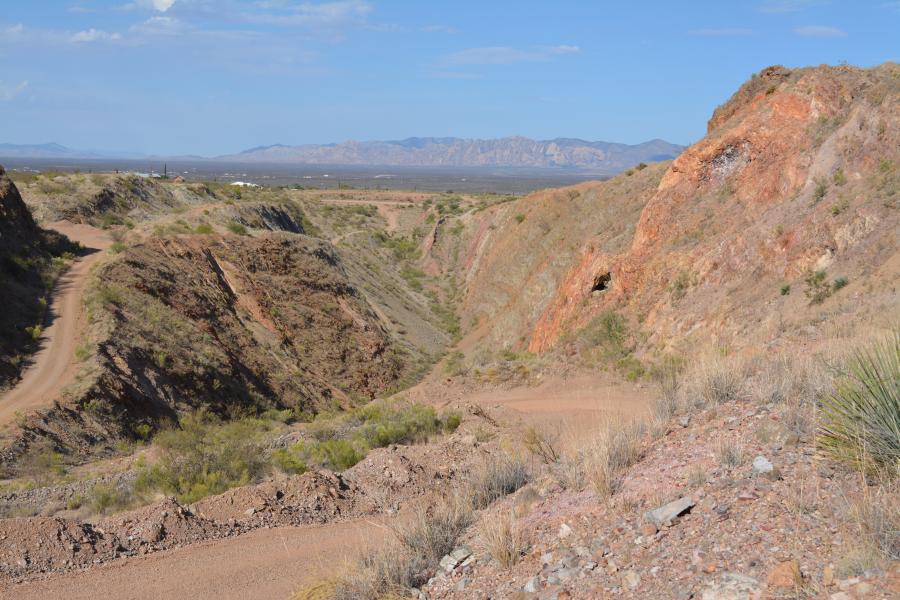 Scott Davis, whose Tombstone roots go back seven generations, is quietly working to reclaim a portion of one of those mines, and has enlisted the help of AU Equipment, a Phoenix-based company that represents the Portafill line of screening machines.

Davis, who once worked at the Contention Mine in its reincarnation as an open pit operation, worked closely with AU's Dominic McNamara to select the right machine for the job.

Davis' company, Tombstone Gold and Silver, is producing decorative stone and aggregate base from the mine's overburden and chose the Portafill MR5 (formerly the 5000) to accomplish the bulk of the screening operation. He chose the Portafill MR5 reclaimer screen to screen for both end products, a 5/8 in. decorative stone and ½-in. aggregate base. He noted the machine also can handle the rip rap contained in the mine.

While the MR5 is a workhorse machine designed for heavy duty operations, Davis was attracted to the machine for other reasons.

"We liked the 2-in-1 oversize product conveyor for optionally mixing oversize and midsize product," Davis said, "but this machine is extremely economical to operate and that was the deciding factor in our decision to purchase. Overall it has a very low cost of ownership."

McNamara added, "The 2-in-1 system can capture top and bottom deck on an oversize conveyor and with hydraulics go to a 3 way split. That capability makes the machine perfect for this job."

The MR5, which is powered by a Deutz D2011 L04i engine, will run all day on approximately 15 gal. of fuel, according to Davis, and that is a game changer, he said.

"Over the long haul, that makes a huge difference in an operation the size of ours," Davis said, adding that the annual fuel savings is thousands of dollars per year. 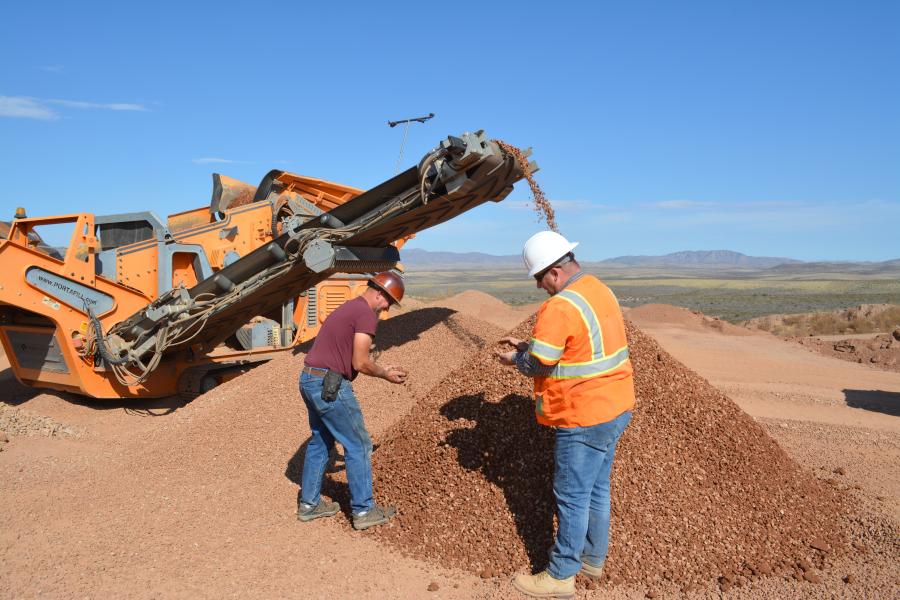 Tombstone Gold and Silver began production in 2011 and has purchased two screening plants over the years. Davis said the production and economy of the MR5 has made a huge difference in the operation when compared to previous screening machines they have used.

Despite its compact size (approximately 32,000 lbs.) and economical operation, the machine is putting out up to 180 tons of material per hour, said Davis.

McNamara agreed that although he represents several lines of screens, this was the right machine for this application.

"The MR5 is a great machine that requires a single operator while making two quality finished sizes," he said. "Also, the hydraulics to not require overpowering the machine and that allows for the economical 49 horsepower engine to do the job."

Portafill, a northern Ireland company, pointed out some other features of the MR5 that have made it one of its best-selling screens:

With the huge demand for crushing and screening equipment in the desert southwest, there are naturally an abundance of equipment suppliers.

Davis said he chose to partner with AU for a couple of reasons.

"Dominic always seems to have a deal for us on the equipment we need at the time," he said. "He's very easy to work with as well. When I'm talking to Dominic, it feels like I'm talking to a friend not a salesman. Parts are never a problem with AU. We do most of our own repairs in the field, but when I need a part, Dominic gets it to me right away." 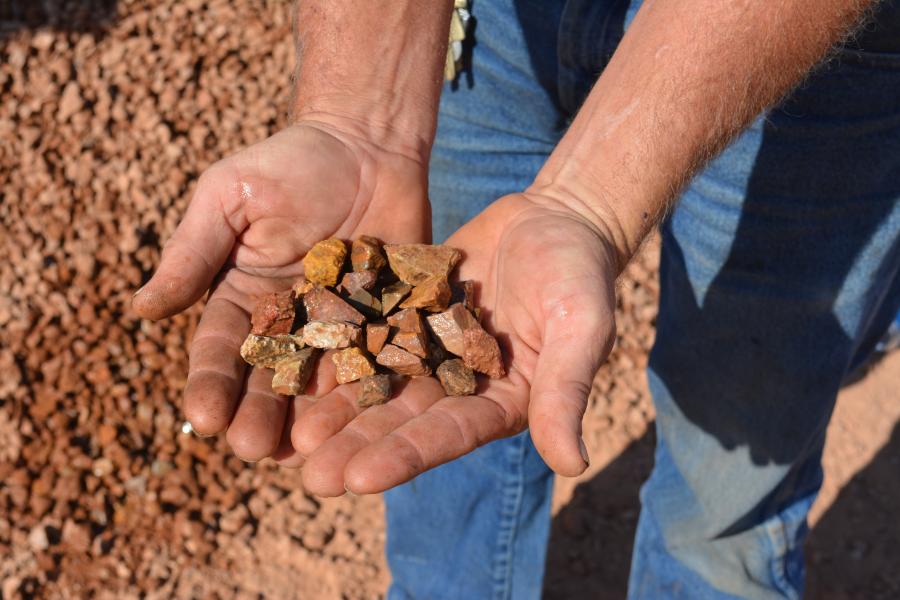 The decorative rock produced from the overburden is a very attractive color known locally as "Arizona Tan" and is popular with landscapers thorough Arizona and New Mexico.

The aggregate base is offered to paving companies, mostly for use in city streets and county roads.

Davis also is producing a significant amount of rip rap, which is in demand for wind erosion in the desert as well as for landscape contractors.

About Tombstone Gold and Silver

Tombstone Gold and Silver is a wholesaler and retailer of most grades of rock, sand, boulders, fill dirt and other materials.

AU Equipment sells crushing and screening equipment for the aggregate industry from its Gilbert, Ariz., headquarters. It offers wheeled, tracked and hydraulic systems throughout the southwestern United States.