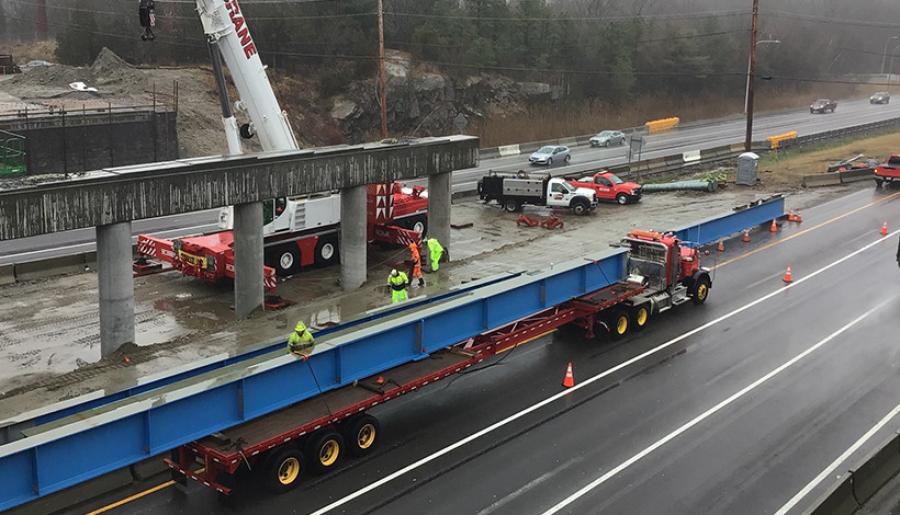 Despite spring's struggle to gain a toehold in New England, the construction season has begun in many states, including Rhode Island, where two projects are now under way.

State lawmakers and other state officials were on hand March 22 to break ground on a $9 million project to resurface approximately one mile of Aquidneck Avenue in Middletown from East Main Road to Green End Avenue.

Congressman David Cicilline and Rhode Island Department of Transportation (RIDOT) Director Peter Alviti Jr. were among the state and local leaders in attendance at the ceremony to begin rebuilding the badly deteriorated road base and make numerous other safety improvements for pedestrians and bicyclists in this busy commercial corridor, according to RIDOT.

The agency noted that construction on the project will be finished in the autumn of 2023.

According to an RIDOT press release, the Aquidneck Avenue project includes reconstruction of the road using a process called pavement reclamation in which the base of the roadway is rebuilt to provide a long-lasting repair of the driving surface.

The state transportation department also coordinated with the Newport Water Department to install a water main on a part of the roadway — with Newport and Middletown each contributing up to $267,000 for it — as part of the project. In doing so, the overall disruption to motorists is minimized with only one construction project instead of two.

"Too many of Rhode Island's roads have fallen into disrepair, and I'm excited that projects like the Aquidneck Avenue resurfacing are advancing throughout the state," Cicilline said in a statement. "This project, made possible through federal highway funding and state and local support, will bring much-needed improvements to this vital corridor for Middletown's small businesses, residents and visitors."

According to RIDOT, work on Aquidneck Avenue is part of an aggressive effort to resurface many deteriorated roads by using new funding from the Infrastructure Investment and Jobs Act (IIJA) along with existing dollars for other important investments in the state's transportation system. These include sections of 17 corridors throughout Rhode Island with poor quality pavement that contributed to a marked increase in potholes this past winter.

In his own statement, Alviti added, "Like many of our roads, Aquidneck Avenue was not properly maintained over decades, leading to the poor conditions we see today. We are working hard to bring all our transportation infrastructure into a state of good repair, and Rhode Islanders can look forward to many more projects like this to address poor quality roads."

The Aquidneck Avenue project also will improve pedestrian safety with new sidewalks along the western side of the road and pedestrian crossing features at the entrance to J.H. Gaudet Middle School. Plans call for RIDOT to install bike lanes along the corridor, supporting alternative forms of transportation that result in improved air quality through reduced automobile emissions.

Approximately 16,100 vehicles per day use this section of Aquidneck Avenue, RIDOT noted.

The reconstruction of the street is made possible by RhodeWorks, RIDOT's ongoing commitment to repair structurally deficient bridges and bring Rhode Island's transportation infrastructure into a state of good repair, promote economic development, and create jobs.

Across Narragansett Bay to the northwest, the $22.9 million Division Street Bridge replacement project will take one more bridge off the RhodeWorks list.

The 54-year-old overpass carries RI Highway 401/Division Street over RI 4 in East Greenwich and accommodates 14,000 vehicles daily. It also is another of the many deteriorated bridges in Rhode Island that require expensive interim repair projects to keep them in service.

Just four years ago, RIDOT invested $500,000 to keep the bridge in service for motorists until it could be replaced, as the crossing is a vital link for many residents and businesses, including East Greenwich's thriving downtown.

To limit the impact to traffic during construction, RIDOT built a temporary bridge with a covered arch design so that vehicles can continue to travel over RI 4. This will allow demolition and reconstruction of the bridge to move forward with no lane closures or delays.

The project is scheduled for completion this fall.