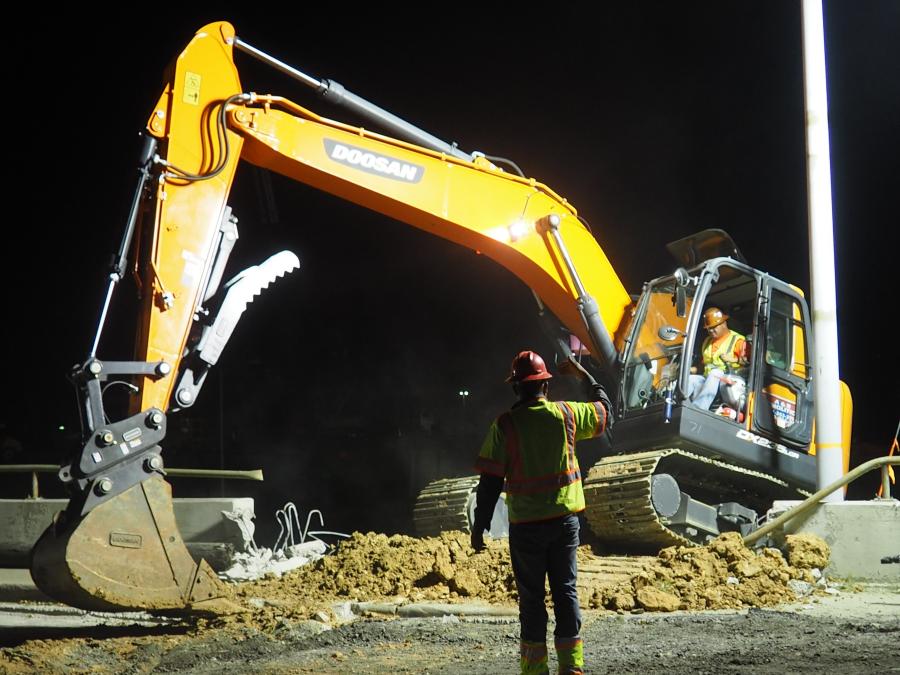 According to the TxDOT Clear Lanes website, the state demographer projects the population of the state’s five metropolitan areas may double by 2050. (TxDOT photo)

In an effort to relieve congestion in five major metropolitan areas, the Texas Department of Transportation (TxDOT) is overseeing the $6.8 billion Texas Clear Lanes program. The project focuses on Austin, Dallas, Fort Worth, Houston and San Antonio, where more than 65 percent of the Texas population is located.

"Reducing congestion in these corridors is an ambitious task," said Texas Transportation Chairman J. Bruce Bugg Jr. "We are committed to working with local communities to make a difference across the region." 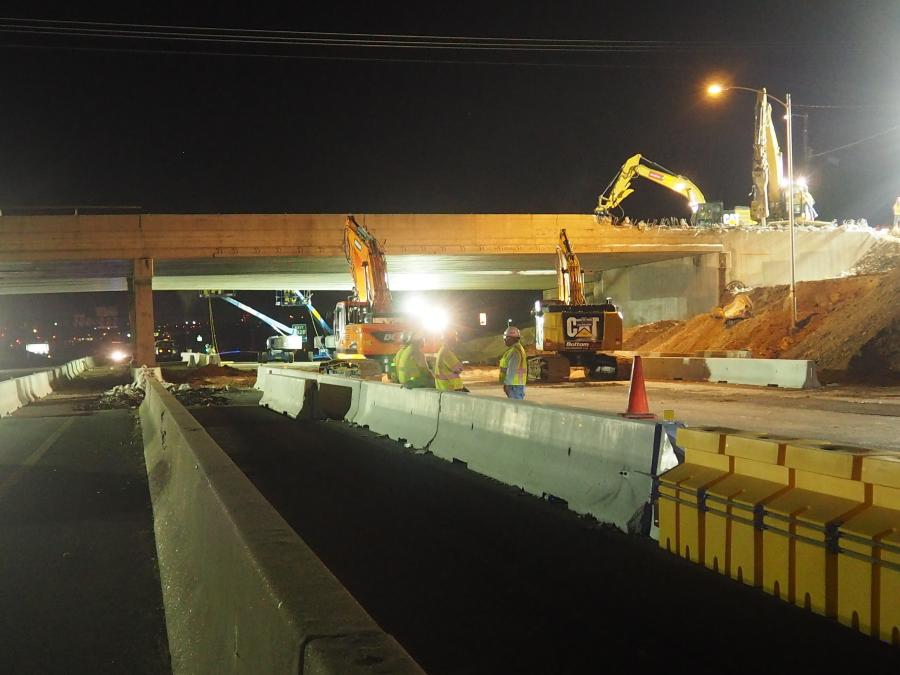 The Clear Lanes program was initiated by Gov. Greg Abbott and the Texas Legislature. Texas is currently the second-most populous state in the United States, adding approximately 1,100 new residents each day, according to the U.S. Census Bureau.

Texas also had the biggest population jump of any state in the country between 2016 and 2017. Because of the increase in population, TxDOT is taking proactive measures to reduce congestion.

In Austin, multiple efforts are under way to address the problem. In January, 2018, ground was broken on the I-35 from Rundberg Lane to U.S. 290 East project in Travis County. The current expected cost is $124.2 million.

"The Texas Clear Lanes projects are part of a series of improvements along I-35 that, combined, will improve mobility and safety for the tens of thousands of drivers who use this corridor daily," said TxDOT spokesman Brad Wheelis.

"The flyovers will eliminate the need for traffic to exit and go through traffic signals when moving from I-35 to U.S. 183 and vice versa." 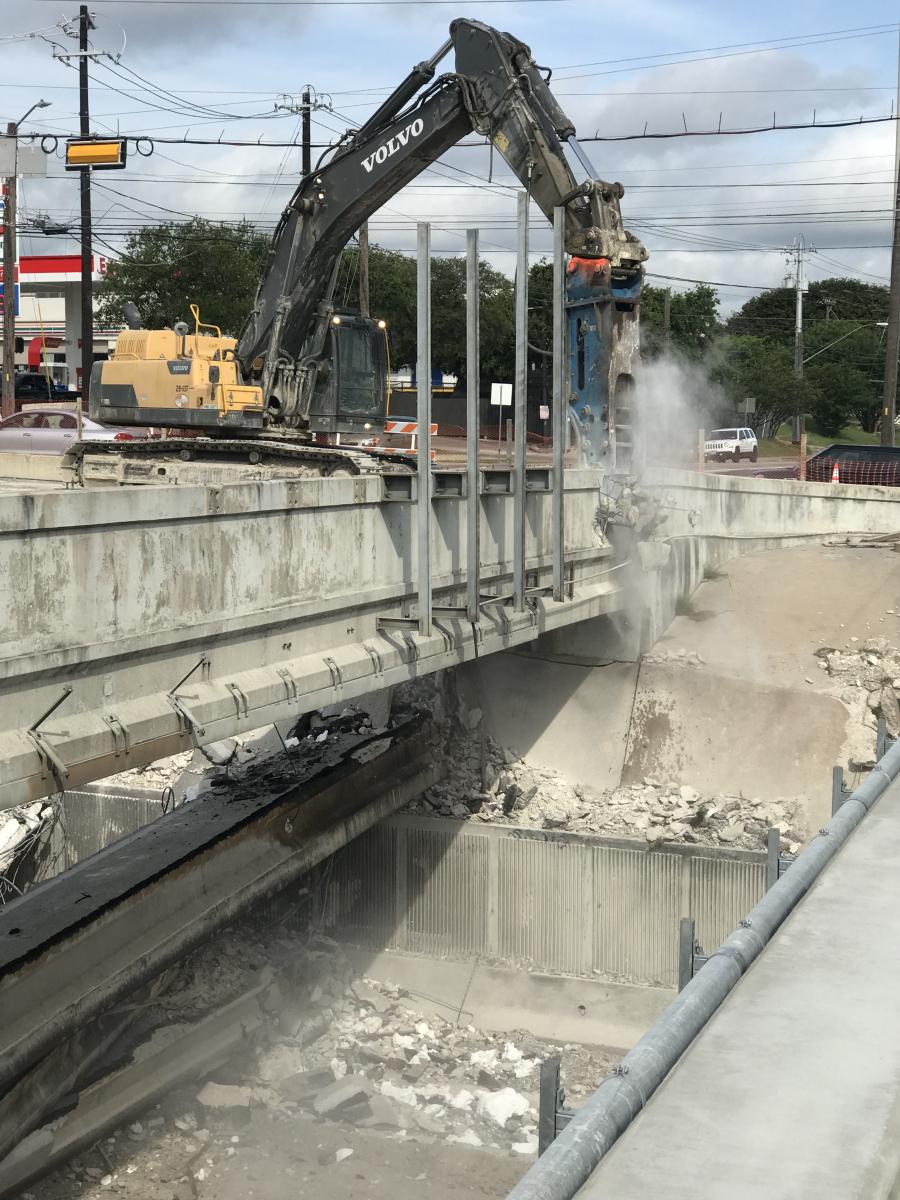 As part of the work, the St. Johns Avenue bridge was demolished the first weekend of June, to make room for expansion on the I-35 mainlanes.

"This project will add bypass lanes and reconfigure entrance and exit ramps. This is a major step forward. TxDOT and contractor J.D. Abrams worked together for several months planning the bridge demo. There's been tremendous outreach to the local community, including businesses, schools and homes."

The contractor used a large cruncher and a series of rams to take down the bridge. The large hydraulic claw crunched the concrete into pieces. The ram, a large jackhammer, broke the bridge into smaller, more manageable pieces that were loaded into trucks and hauled away.

Vargas noted that rebuilding the approach section of the existing I-35 northbound to U.S. 183 northbound flyover would improve safety and traffic operations.

"The grade will be less steep, making it easier for 18-wheelers to use the flyover." 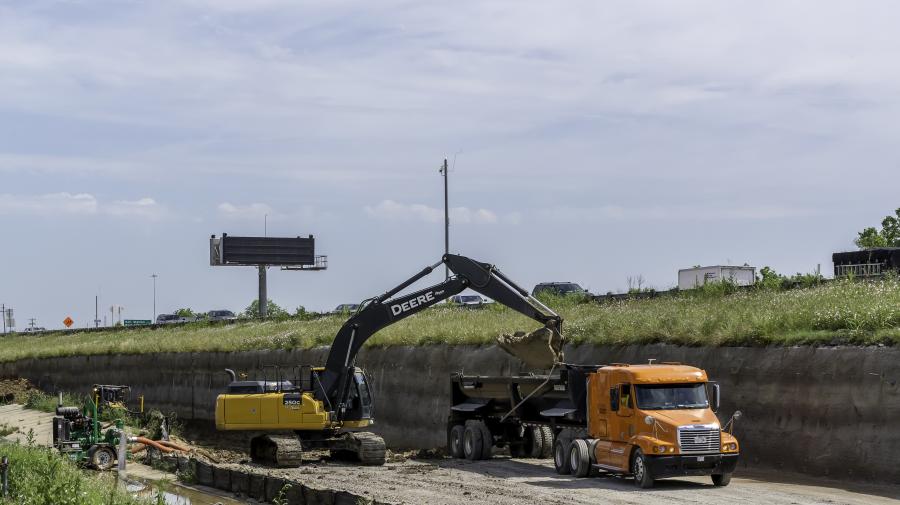 "It's always great to see our projects moving forward, so that ultimately the driving public can reap the rewards," said Michelle Romage-Chambers, South Travis assistant area engineer, who explained that reconstructing the Oltorf Street bridge will help ease congestion.

Most of the bridges are finished and open to traffic. The new braided ramp also is complete.

In Fort Worth, motorists also will benefit from the Clear Lanes program, which has received strong support, according to TxDOT spokesman Val Lopez.

"Texas is experiencing tremendous population growth. While relieving congestion has always been part of TxDOT's mission, the support of Texas voters overwhelmingly passing Proposition 1 and 7 in 2014 and 2015, respectively, provided the additional funding to allow this program to advance mobility in key corridors.

"The Fort Worth district has two completed projects, SH 199 in Azle and SH 121 from SH 114 to Hall Johnson Road. Additionally, two projects under construction are the I-635/SH 121 interchange and East Loop 820."

The $174 million East Loop 820 project will reconstruct I-820 between Randol Mill Road and Pipeline Road, build additional lanes in each direction, replace the bridges over the Trinity River and create new direct connectors to and from SH 121. Flatiron Contractors, Inc. serves as the general contractor.

The 3-mi. project will improve mobility and safety for drivers in Northeast Tarrant County through the I-820 bottleneck. The estimated completion date is 2022. 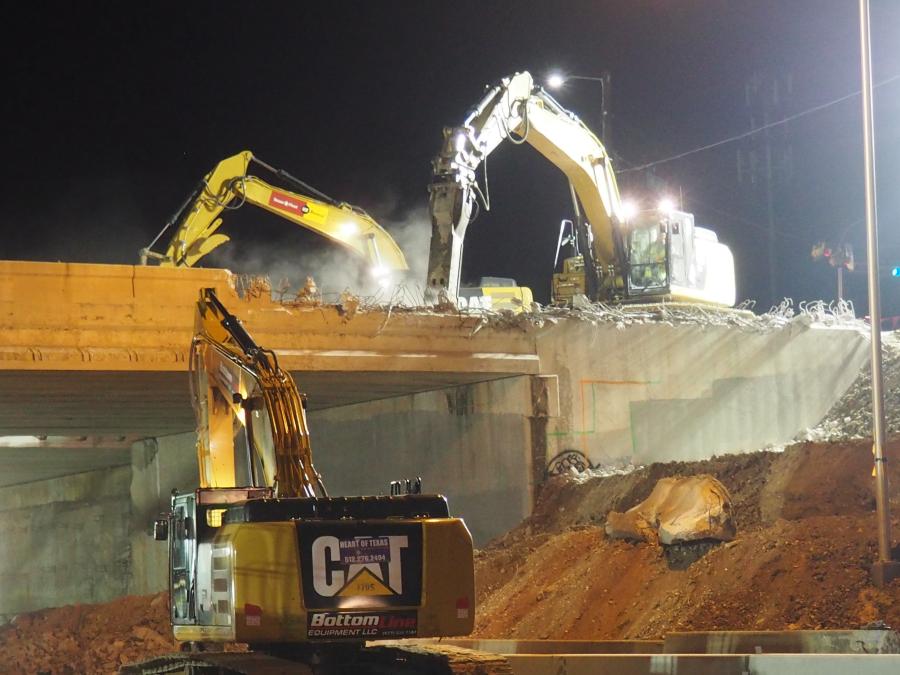 Current items under construction on the East Loop 820 Project include the widening of the roadway to three mainlanes and one auxiliary lane each direction; constructing new bridge structures over the Trinity River; access ramp improvements; and building continuous northbound frontage road over the Trinity Railway Express (TRE). Other work includes reconstructing and improving SH 121 access ramps, adding the new I-820 northbound to SH 121 southbound direct connector and adding a new SH 121 northbound to I-820 southbound direct connector.

"Unique project challenges include coordination with the TRE for work near and over this busy rail connection between Fort Worth and Dallas, and mitigating mobility impacts to the Richland Hills Station adjacent to the project has been an ongoing effort," said Lopez. "Another consideration is working over the Trinity River, which can rise sharply from heavy, intense rains, as it is the primary river channel through the DFW Metroplex."

Technology is being integrated into this project, as well. An end of queue (EOQ) warning system will be part of the East Loop 820 construction process.

"Using radar and portable message boards, it advises motorists of backups within the work zone," said Lopez. "Its deployment is for both safety — to reduce rear-end crashes at the back of a queue — and to provide traveler information on conditions — slow or stopped traffic ahead. This innovative use of technology represents the first urban application of such system in the Fort Worth district." 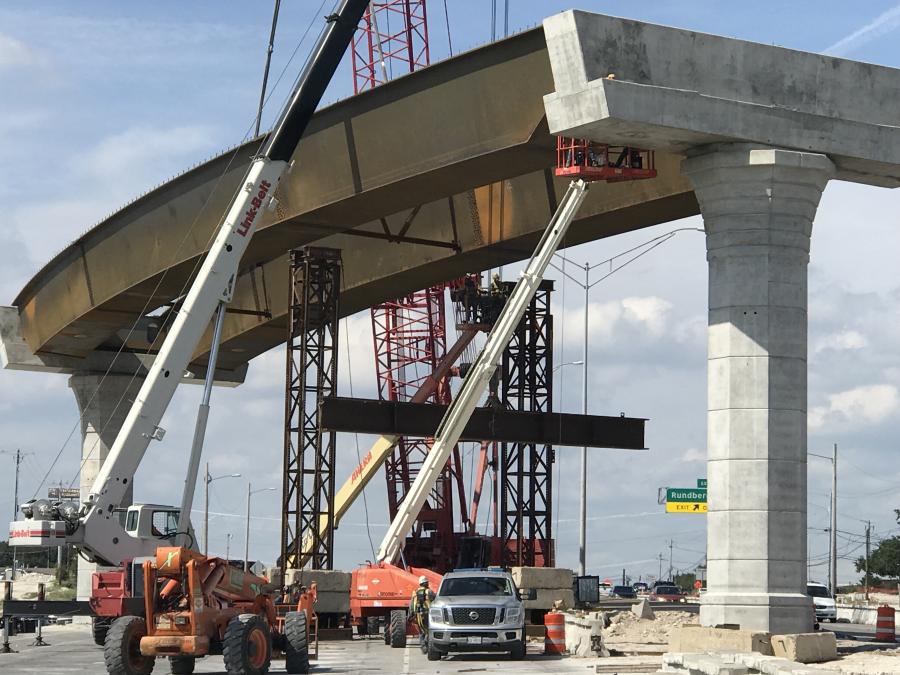 According to the TxDOT Clear Lanes website, the state demographer projects the population of the state's five metropolitan areas may double by 2050. Texas Clear Lanes began in 2015 to address the largest chokepoints.

Accomplishments since then have included listening tours and a plan to prioritize congestion relief non-tolled projects for local recommendation by metropolitan planning organizations to the Texas Transportation Commission. Progress also includes leveraging of Clear Lanes funding with other funding sources for approval by the Texas Transportation Commission for non-tolled projects. CEG