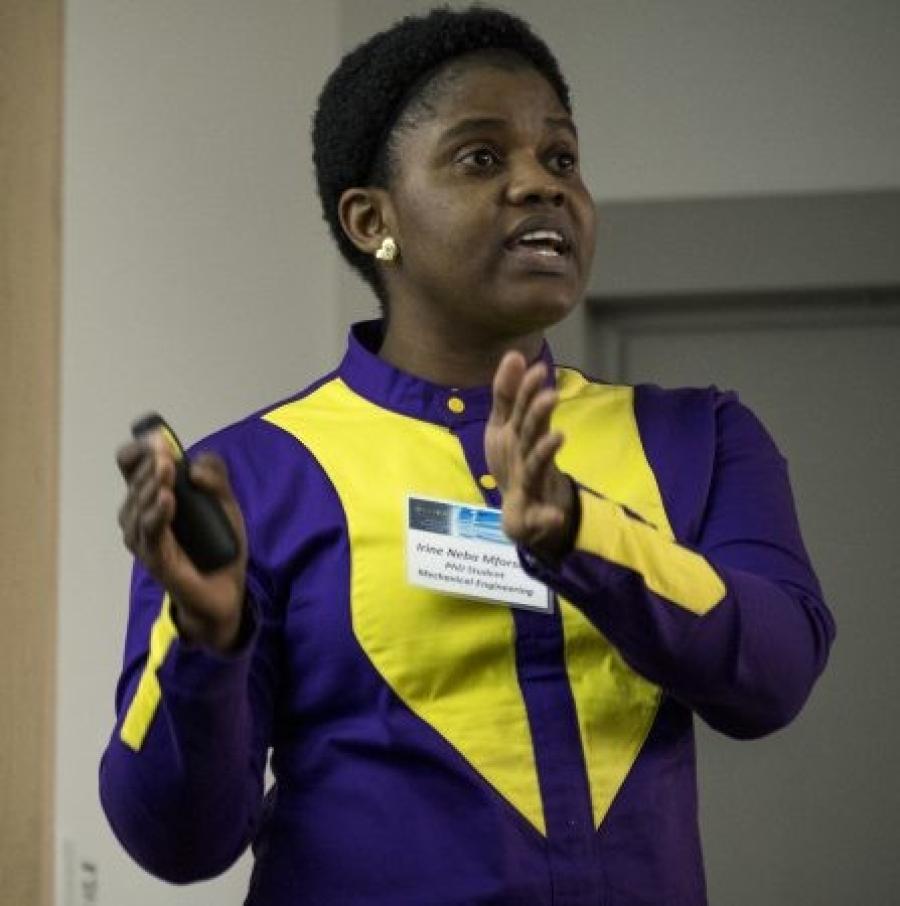 You probably know that composite materials are used in bicycles, tennis rackets, hockey sticks and boats, but three University of Rhode Island graduate engineering students showed 40 government, research and industry leaders last week that they could be a remedy for Rhode Island's and the nation's deteriorating bridges.

“URI has the credibility, the expertise and the resources to bring an important Rhode Island industry to an important Rhode Island need,” said Whitehouse, who is playing a key role in a federal spending plan to rejuvenate the country's infrastructure. “I am excited today because we are talking with the best composite materials industry in the world. If you want the fastest, strongest and most reliable boats, you come to Rhode Island.”

“Rhode Island DOT is already using composites in bridge repairs, but we want to move to composite use in bridge construction,” said Mforsoh, one of the graduate students. “These materials have great strength, are lightweight, corrosion resistant, and it is possible to prefabricate large sections, which can lead to greater manufacturing efficiency.”

The students' report included case studies on pedestrian and highway bridges from around the world. In the case of bridges, the key composite material is fiberglass reinforced plastic.

Aliviti praised the URI students' research and said his department has been using composites for several years, and it is moving forward with several pedestrian bridges made out of such materials. But he said DOT needs to do more analysis on composite use in large bridge projects.

“We've been asking for data so we can proceed, and it is a great help to us that URI is providing that data,” Alviti said.

“Rhode Islanders should expect great research, outreach and service from their flagship University and they should depend on URI to make the state a better place,” said George Nickolopoulus, relationship manager of the Business Engagement Center. “The center takes seriously its mission of bringing together industry, government and the University to work on projects that improve Rhode Island's economy, health and overall quality of life. We are proud that this initiative has produced such strong results in a short period of time.”

She said the Alliance is largely represented in the marine trades, which relies heavily on composites, but it is using that expertise to move into defense, wind energy, architecture, aerospace, medical materials and infrastructure.

“[This] was the culmination of an initiative that began in July 2016,” Daly said. “We realized we needed to have data and examples so we can learn from what has been done. Dr. Shukla and his group at URI have a great deal of experience in the infrastructure arena, and so this was a great fit. This data will be very helpful.”