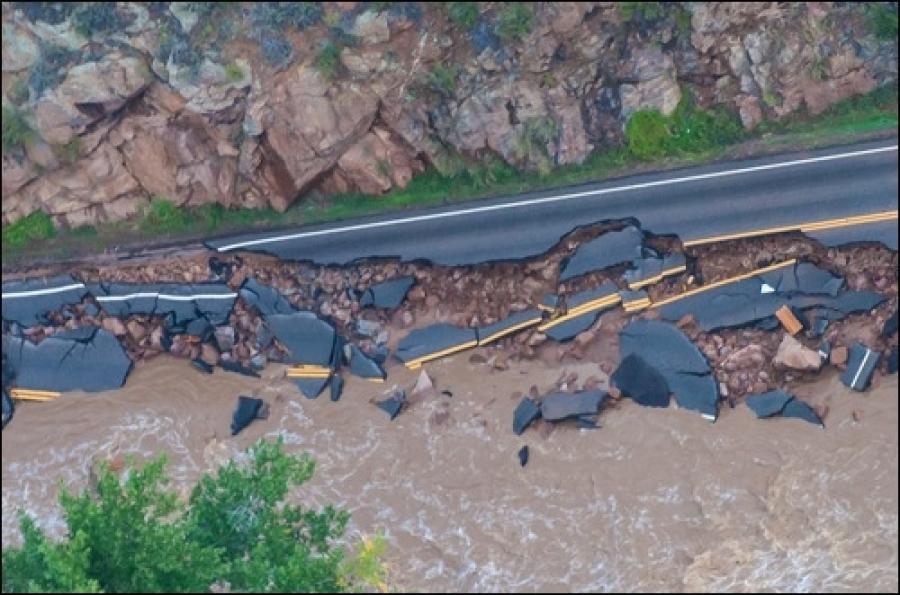 U.S. Transportation Secretary Elaine Chao on April 6 approved the release of $768.2 million for emergency repairs over 10 years to roads and bridges damaged by storms or other catastrophic events in 40 states.

Funded through the Federal Highway Administration's emergency relief program, the USDOT said this was “one of the largest single awards for such repair work made by the federal government.” That FHWA account reimburses states for eligible expenses associated with major damage from natural disasters or other emergency situations, based on a request from the governor of the state or a presidential disaster declaration.

“Transportation is a lifeline for communities struggling to recover from floods, hurricanes or other natural disasters,” said Chao. “These funds will help with long-term, permanent repairs, as well as, immediate needs to reestablish the transportation networks on which families and businesses alike depend.”

The emergency relief funds will help states from Alaska to Florida to recover some costs to fix their roads, plus go toward repairs of roads in several national parks, U.S. forests and other federal lands.

FHWA detail documents show that $670.3 million of the total went to states, while $97.9 million went to federal land management agencies.

The USDOT press release said Colorado received the most funds in this disbursement at $124 million, for costs of repairs to severe flooding damage dating back to 2013 and for a section of Interstate 70 in Glenwood Springs damaged in 2016 by a rockslide.

At more than $105 million in combined state and federal road damage reimbursements, California was second on the list for a variety of storm, rain, floods and fire events over the last three years. South Carolina followed at more than $79 million for severe storms, including Hurricane Matthew last October. Ohio received $61 million for damages to roads caused by landslides, heavy rain and flooding.

The detail lists show qualifying reimbursements for damages as far back as May-June 2007 flooding in Oklahoma, a January 2009 flood event in Oregon, and events in 2010 in Montana and North Dakota.

While many of the damages stemmed from flooding, the payouts also cover infrastructure repair costs of such events as a 2015 tanker truck crash in Ohio, a pedestrian bridge collapse in Michigan in 2014 and damage to an interstate highway bridge pier that year in Delaware, plus 2015 fires in California and 2016 rockslides in Tennessee and Idaho.