VDOT Set to Embark on Its Largest Project Ever 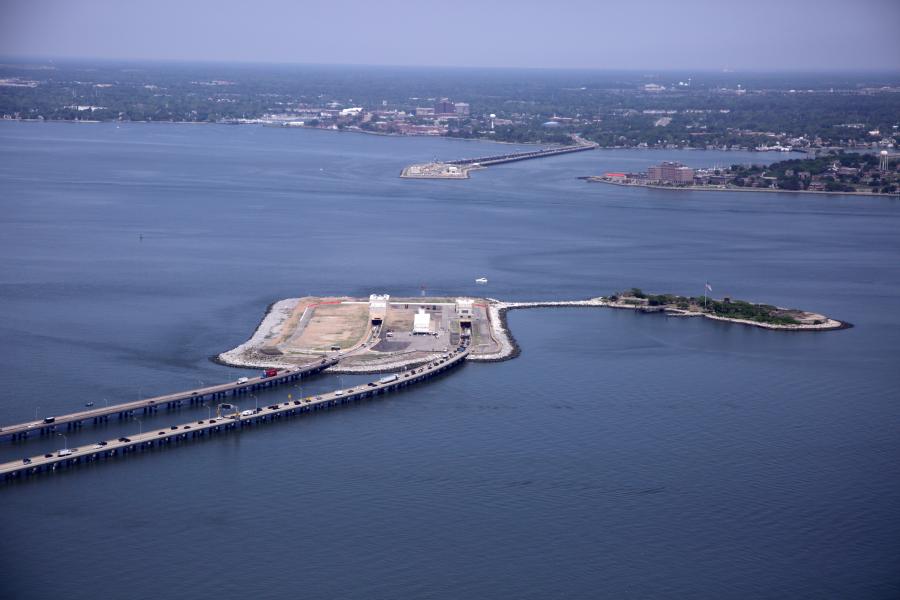 Still in the permitting phase, VDOT’s $3.8 billion expansion of Interstate 64/Hampton Roads Bridge-Tunnel is slated to be the largest project in the department’s history.

The I-64 Hampton Roads Bridge-Tunnel (HRBT) in southeastern Virginia is at the beginning of an expansion project to help ease congestion in the area. The project, which comes with a price tag numbering in the billions, is the Virginia Department of Transportation's largest in history. 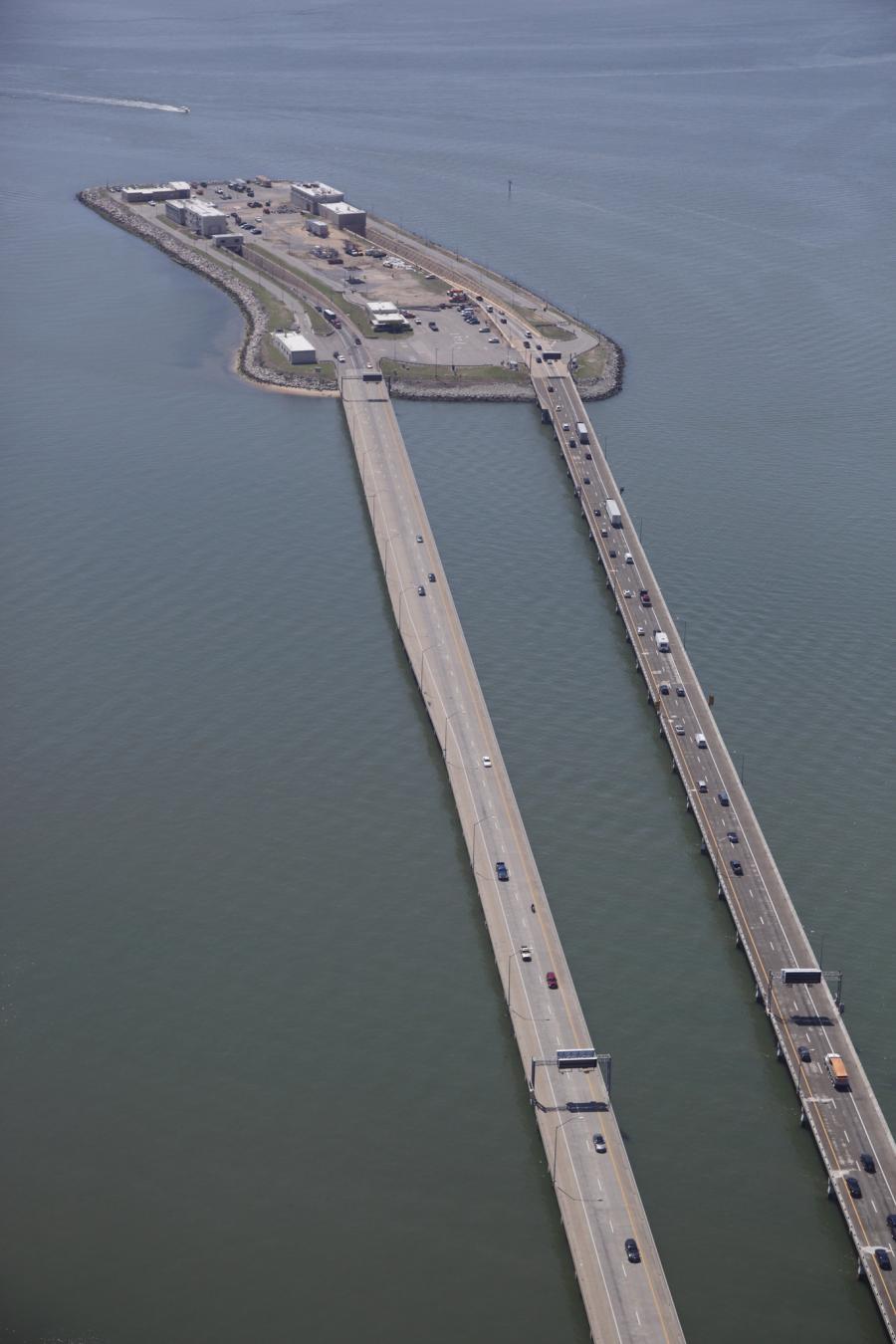 Work includes the addition of twin two-lane bored tunnels just west of the existing tunnel and the widening of the four-lane segments of the I-64 corridor in the cities of Hampton and Norfolk. According to Paula Miller, VDOT's communications manager of the Hampton Roads Bridge-Tunnel Expansion Project, the diameter of each new tunnel will be approximately 45 ft. wide, creating the second largest tunnel opening for a tunnel boring machine in North America.

Miller stated that this is only the fourth bored roadway tunnel project in the United States. She noted that the $3.8 billion project is still in the design and permitting phase. It is a design-build project expected to begin major construction in the spring of 2020. VDOT awarded a contract to Warren George Inc. for early marine geotechnical investigations and laboratory analysis of soil samples, and Warren began conducting its field work in the fall of 2017.

The VDOT project is enabled with funding from the Hampton Roads Transportation Accountability Commission. A comprehensive agreement between Commonwealth of Virginia and Hampton Roads Connector Partners was signed in April 2019.

According to Miller, the majority of the construction will occur from late 2020 to 2025. Completion is expected in November 2025, but financial incentives are in place for early completion beginning in April 2025.

Miller stated that construction of the custom tunnel boring machine (TBM) is expected to begin this spring. It will be assembled in a 65-foot pit on the south island of the HRBT and will measure the length of a football field. The TBM will launch from the south island, bore a tunnel to the north island, turn, and then bore a parallel tunnel back to the south island. Tunnel boring is expected to begin in February 2022 (Norfolk to Hampton first, then Hampton to Norfolk parallel tube) and will be completed by April 2024.

Two lanes of traffic (current capacity) will be maintained in both directions throughout construction. This means that the TBM will do its work as travelers continue to move throughout the area. This includes regular vehicles, cargo ships and Navy vessels.

Landside widening of I-64 also will occur from Settlers Landing Road in Hampton to I-564 in Norfolk. One mile of I-64 widening is located in Hampton, and 4 miles of I-64 widening is located in Norfolk. Widening will go from four lanes to six lanes, plus a part-time drivable shoulder lane in each direction. Miller reported that one of the technical challenges of the project is the limited right-of-way for the roadway and bridges. 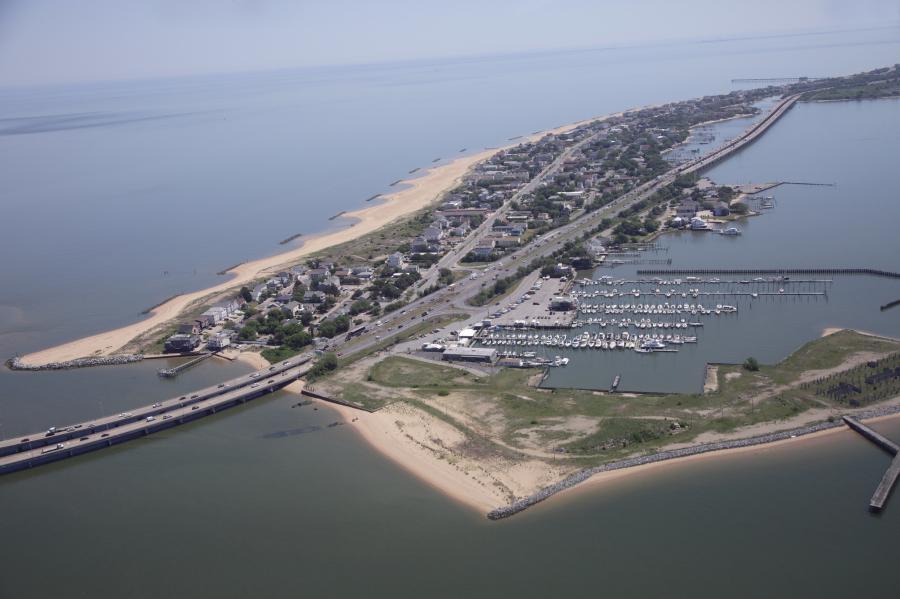 Throughout construction, a total of 27 bridge structures are to be replaced or rebuilt (widened).

DBE and SWaM firms will play an important role in the expansion work. The DBE goal for the project is 12 percent and the SWaM goal is 20 percent. Once the project is under way, time-lapse cameras will capture the construction progress.

Miller noted that manpower for the project will include 1,200 to 1,500 craft labor force at project peak. Besides the TBM, equipment used on the job will include a 600-ton crane to offload TBM equipment, more than 30 other cranes, over 20 barges and more than 10 tugboats.

HDR and Mott MacDonald are subcontractors for project design and permitting work. Other contractors are still under review and in the procurement process. Key stakeholders are the U.S. Navy (Naval Station Norfolk), U.S. Coast Guard, U.S. Army Corps of Engineers, City of Norfolk, City of Hampton and various utilities.

"The project will create an estimated 28,000 new jobs over the life of the project and will bolster the competitiveness of the Hampton Roads region with $4.6 billion in investments," Miller stated. CEG