The five diggers paraded down The Mall towards Buckingham Palace past members of the Royal Family and tens of thousands of cheering spectators who were lining the route. 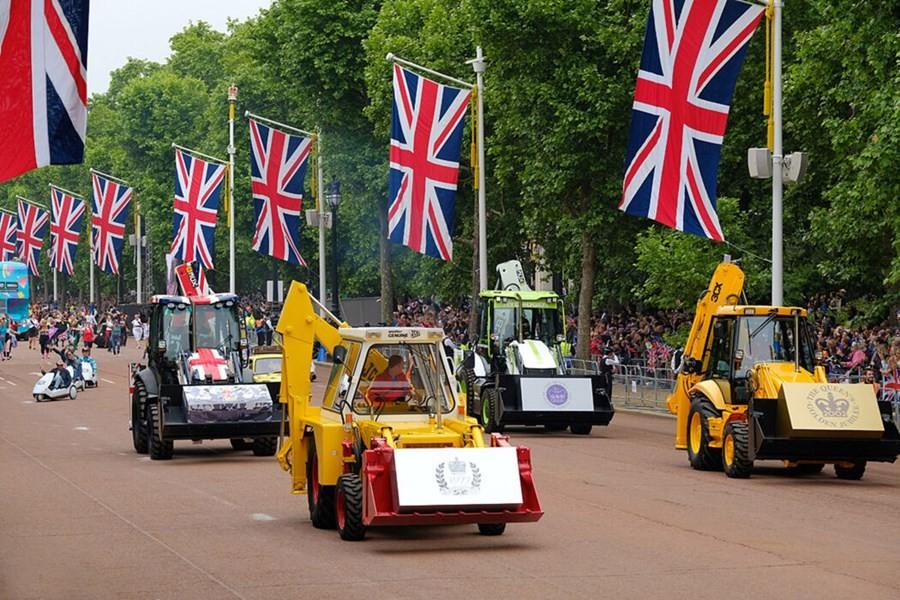 JCB machines from landmark years of the Queen's 70-year reign took center stage at the Platinum Jubilee Pageant in London.

Leading the parade was one of the first backhoe loaders ever built by JCB in 1953, driven by Andy McLeod, of ABM Plant Hire.

JCB Backhoe Loader Product Marketing Manager Julian Carder was driving a 1977 JCB backhoe from the year of the Queen's Silver Jubilee — a machine he restored to its former glory in 2012.

JCB Demonstrator Matt Lucas drove a 2002 JCB backhoe loader made in the year the Queen celebrated her Golden Jubilee.

JCB demonstrator Dan Potter was driving another iconic JCB 3CX backhoe from 2012 — the year of the Queen's Diamond Jubilee.

JCB Test Site Operator Georgina Williams brought the parade of JCB backhoes up to date as she drove a 2022 model powered by hydrogen. The machine currently is being developed by the Staffordshire-based company as it explores the potential of hydrogen as a zero CO₂ alternative to fossil fuels.

"I was immensely proud to see JCB's first hydrogen powered product take center stage at the Platinum Jubilee Pageant to mark Her Majesty the Queen's 70-year reign. So much has happened over the past seven decades and the jubilee has now focused minds on the need to take greater care of the environment in the future," Bamford said.

Bamford challenged JCB's engineers to develop a hydrogen combustion engine in 2020 because he believes the technology offers the quickest way to reach UK emissions reduction targets. JCB is at the forefront of the drive to reach zero emissions by 2050 and has a number of prototype machines on test powered by hydrogen.

At the end of the Pageant, the team was ushered to the front of the gates of Buckingham Palace with everyone else who had taken part to witness the culmination of the event — a balcony appearance by Her Majesty the Queen and members of the Royal Family. 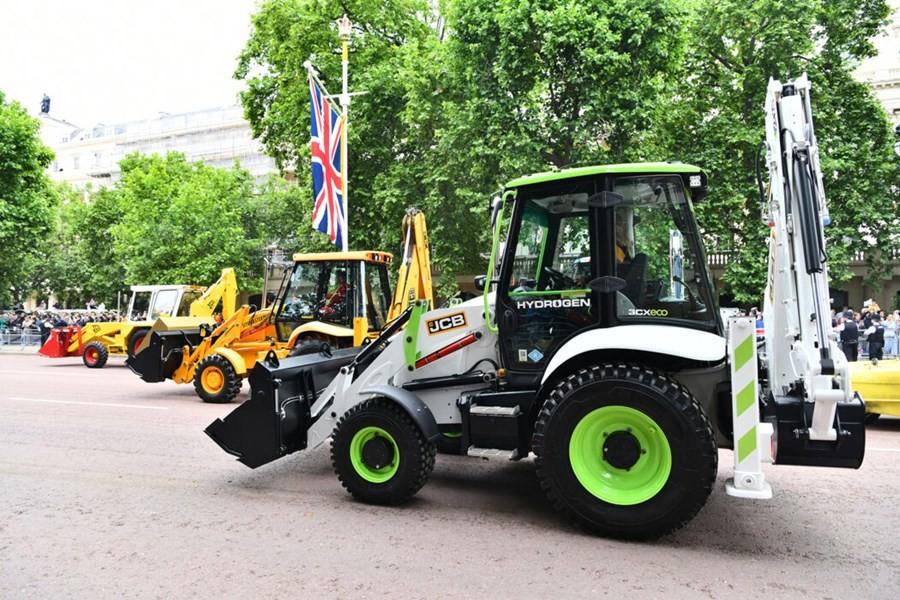 The world's first digger powered by a hydrogen combustion engine was given a royal outing in a parade marking the Queen's 70-year reign.