Water Under the Bridge … Fixing Floods at Cosumnes River 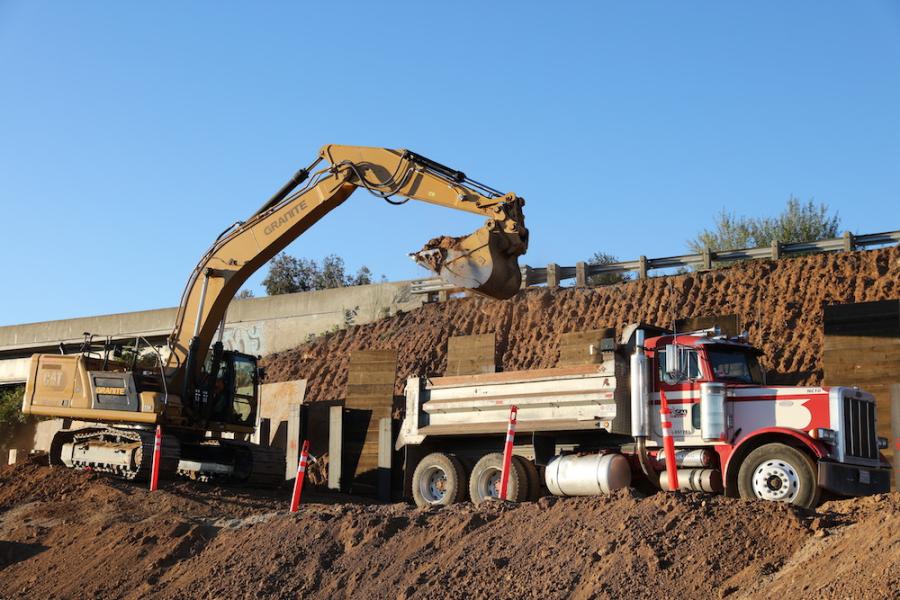 Granite Construction and Caltrans have partnered to devise a phased construction of several smaller “child” projects leading to the overall “parent” project on this $166.9 million job.

Watsonville-based Granite Construction and the California Department of Transportation (Caltrans) are constructing two new bridge structures to replace the Cosumnes River bridge and the Cosumnes River Overflow bridge on State Highway 99. The current structures are in need of replacement due to wear and age. The project will improve safety through the state route and replace the existing bridges with structures that meet current design standards and increasing transportation needs along that corridor. 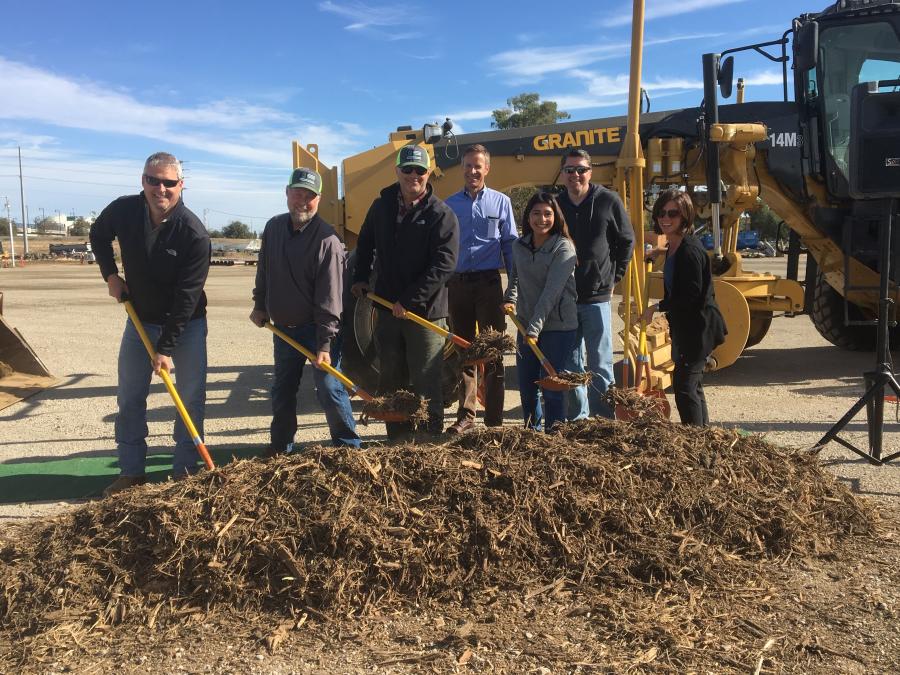 Work began in fall 2019 on the $166.9 million project near the City of Elk Grove in Sacramento County, and is on track to be completed per deadline in 2024, with funding from Senate Bill 1. The scope of work includes the construction of two new bridge structures where the southbound McConnell underpass and the existing northbound McConnell overhead structure is being replaced with a single overhead structure for both northbound and southbound travel. Additionally, the Eschinger Road southbound on and off-ramps will be rebuilt to conform to current Caltrans standards.

The construction process began last year with placing earthen fills to build all the main embankments for the bridge work and placing temporary bridge foundations in order to demolish the existing two bridges. Then precast girders were fabricated, and the temporary bridge superstructures were constructed. In the works now is the construction of the precast girder bridge over the Union Pacific Railroad Bridge, like the one on SR 99 southbound that used to go under the railroad tracks will now go over. 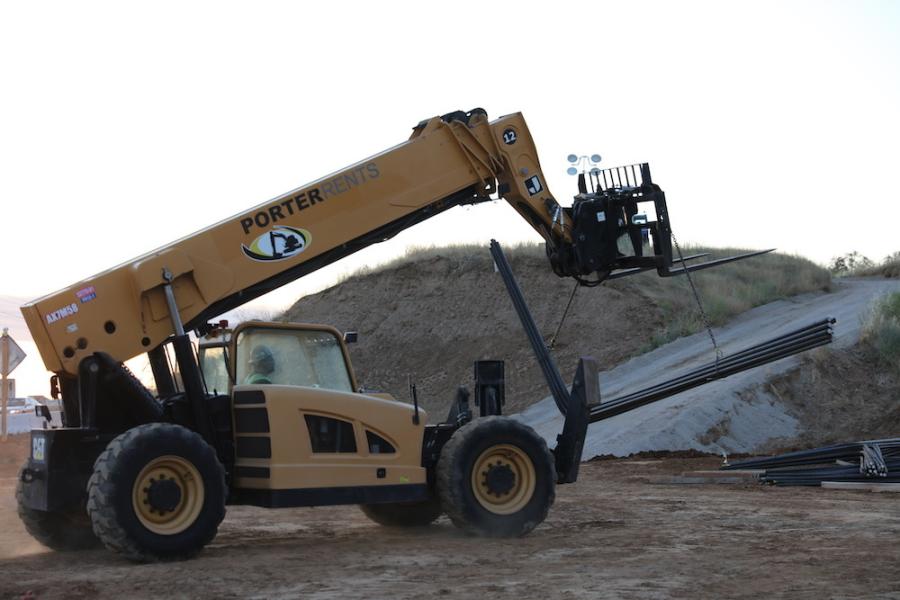 The company specializes in both public and private sector transportation infrastructure projects, and has been awarded other Caltrans projects as well, including one on Highway 101. Caltrans and Granite have partnered to devise a phased construction of several smaller "child" projects leading to the overall "parent" project. The contract is negotiated based on time and materials for each individual child project, with an agreement reached, dependent on Caltrans engineers' estimates and an independent estimator, for work completion costs.

Additional work includes removing and replacing the Cosumnes River and River Overflow bridges with the permanent bridges going over the river. The very last installment will be the parent project where everything not included in the child projects will be addressed, such as the final striping, erosion control and embankments.

Granite Construction is performing the earthwork, grading, paving and concrete structures while Malcolm Drilling Company Inc. is installing the large diameter cast-in-drilled-holes (CIDH) piling. CMC Steel Fabricators has the subcontract to furnish and install the bar reinforcing and precast girders are provided by Con-Fab California LLC, with Maxim Crane erecting the girders as a second-tier subcontractor. Material is supplied by Granite and its subcontractors and includes 45,000 cu. yds. structural concrete, 7,568,000 lbs. bar reinforcing steel and 13,000 LF CIDH concrete piling.

Granite's Senior Project Manager George Delano shared more details on the equipment entailed for a project of this caliber.

"The bridge over the UPRR tracks is on a large skew, and the single span bridge resembles a tunnel with 400-foot-long abutments. With no ability to cross the tracks and the need for big picks on the heavily reinforced 35-foot-tall abutments, twin 300-ton crawler cranes will be used to service both sides of the tracks." 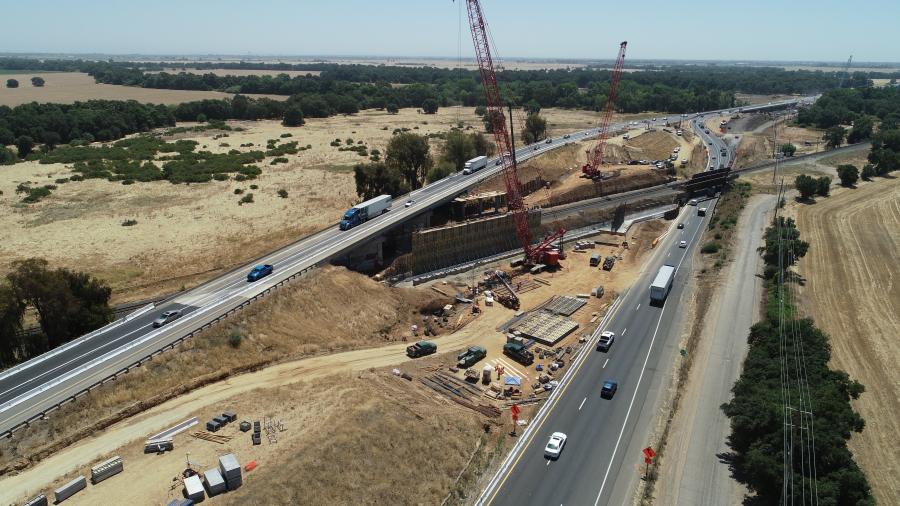 Precast girders weighing 83 tons each will be set by Maxim Crane with a Manitowoc MLC300 crawler crane. Some of the picks will require two cranes, and the on-site 300-ton crawler will act as the second crane, saving the project the mobilization of another crane.

"With potential caving conditions in the floodplain, Malcolm Drilling will use full-length oscillated temporary casing to protect the integrity of the CIDH piling and avoid the time and cost impacts of potential repairs," Delano said.

Flooding is one of the issues the new bridge will combat.

"That area of SR 99 can sometimes get flooded going southbound under the crossing, so this design is going to allow motorists to not have to encounter those problems anymore," said Department of Transportation District 3 Public Information Officer Angela DaPrato. Another advantage of the overhead bridge will be reduced accidents, as trucks have previously had close calls driving through given the height restrictions of the bridge.

Unique to this project is a new method of project delivery that Caltrans has been implementing called Construction Management/General Contractor (CM/GC). 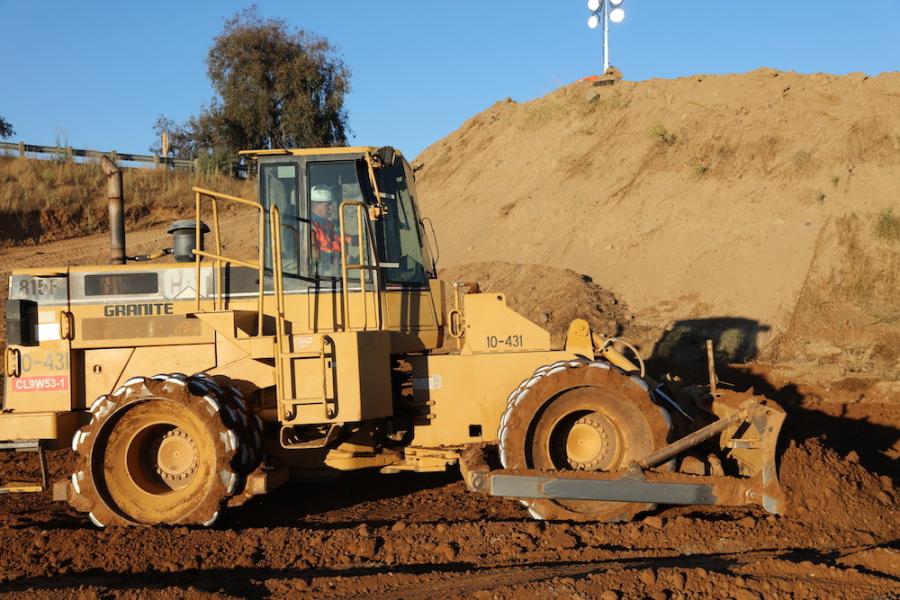 "We get the contractor on board early to help us stage the project and to be able to split it up so we can deliver early," said Project Manager Martin Clark, who considers this one of the larger bridge replacement construction projects. The typical process of a "design, bid, build" project such as this involves obtaining all the right-of-way and environmental clearances ahead to work on design plans and specs, and then putting the whole package out to bid.

But with a CM/GC project, the request for proposals is invited ahead of those steps. For the Cosumnes River and River Overflow bridges, the bidding process began with a request for proposals where three contractors picked for their experience with work of similar nature shared their plan of action to help stage this project. Granite Construction, one of the largest diversified construction and construction materials companies in the country, was awarded the contract.

Among the partners collaborating on this project, Union Pacific Railroad played an integral role, as this project is impacting the railroad system, and California Highway Patrol assisted with monitoring the active site area during speed reductions and enforcing safety for motorists, contractors and construction crew.

Habitat preservation also has been addressed in working with the California Department of Fish and Wildlife to ensure threatened species such as the Swainson's Hawks in the area are monitored daily. There also is paleontology and archaeology monitoring during the structural excavation for the bridge abutments. Water work along the river requires collaborating with the Central Valley Water Resource Control Board and the U.S Army Corps of Engineers for water quality testing. 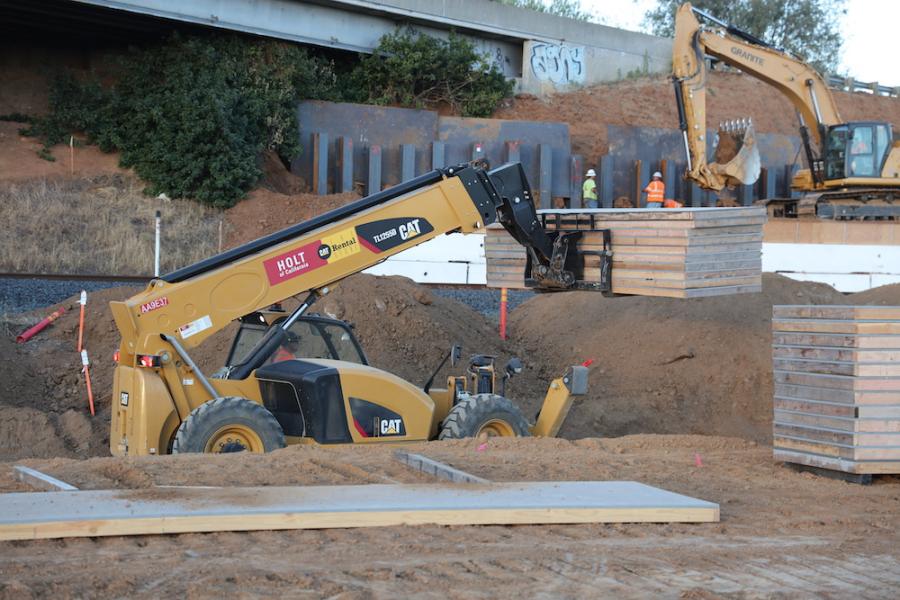 With overall shutdowns across the country due to COVID-19 and the resulting slowdown in traffic volumes, longer work windows played in favor of the project maintaining its schedule. Crews began work shifts earlier in the day with some daylight allowing for motorists to have better visuals of workers and reducing safety concerns. While this section of SR 99 is in a rural area, commuters traveling from Stockton to Sacramento and vice versa frequent this route. Though there haven't been complete road closures yet, Caltrans did build temporary road alignments to ensure traffic isn't negatively impacted.

Crews are working 10-hour shifts, six days a week with multiple crews on-site depending on tasks. For instance, an average of two crews for earthwork and one for piling, per Caltrans Resident Engineer Mrudang Shah.

"This project is pretty complex, be it from stakeholders to equipment to human resources, it is very highly involved," said Shah. "This is my first CM/GC project with the state so the experience of having the contractor early on the design phase and providing constructive review is definitely worthwhile. The benefit outweighs the cost."

When completed, this bridge replacement project is expected to ensure better freight movement along SR 99, increased safety for motorists and a structural lifespan that will serve well into the future given increasing travel on an integral highway. CEG