What's the Cost? Totals in for Apple Park's Most Expensive Structures

BuildZoom recently compiled a list of the minimum costs of some of the key facilities on the property, based on public records. 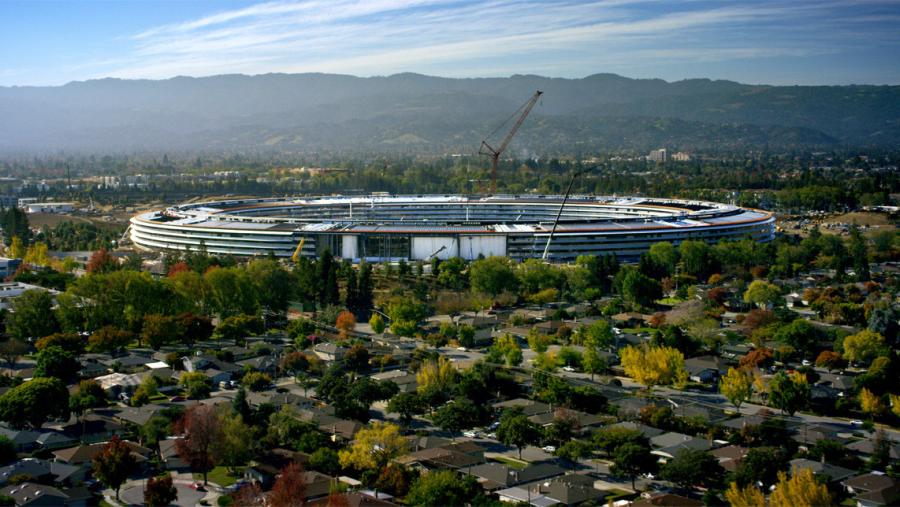 Apple's main, 2.8-million-sq.-ft. building will hold up to 12,000 employees. The donut-shaped facility boasts a 1-mile circumference and over 8,200 parking spots.

BuildZoom recently compiled a list of the minimum costs of some of the key facilities on the property, based on public records. Here's the breakdown for the top five:

• The Steve Jobs Theater — $179,437,885: A carbon fiber roof that sits atop four layers of curved glass with no support beams, and a glass elevator that spins as it lowers to the underground theater area from the lobby are some of the most talked-about features of the 1,000-seat theater. Records indicated that it cost $12 million just for the lobby.

• The Visitor Center — $109,670,640: Features of the structure include a reception area, a café and a three-level underground parking garage, which cost $26 million.

• North and South Parking Areas — $113,731,332: These two four-floor parking structures are connected to one another by a series of bridges. A $5.4 million permit was issued for the solar canopy that rests on top of them.