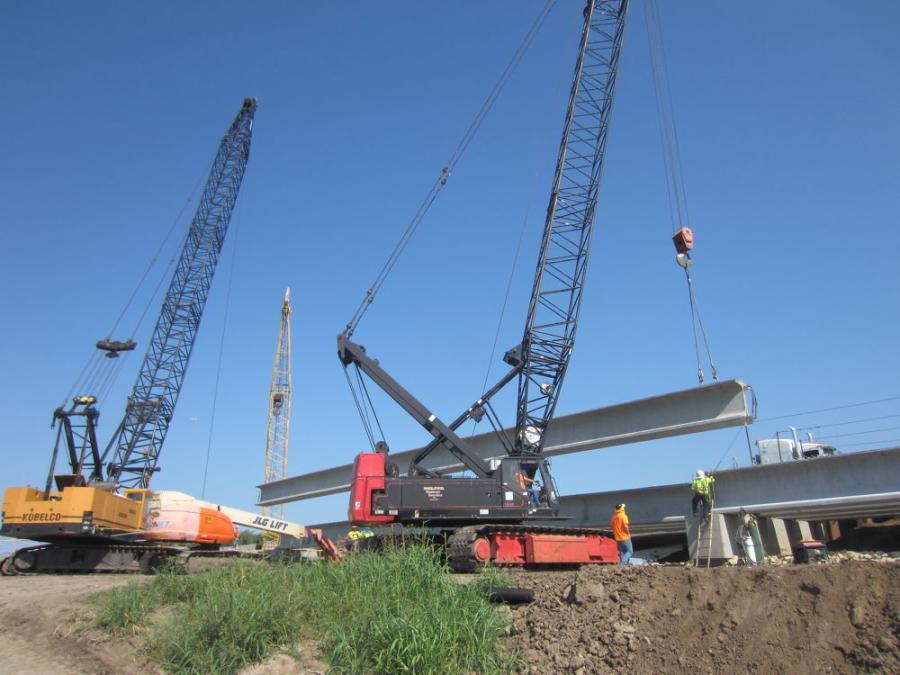 Construction crews in Kansas continue making progress on a $65 million undertaking known as The Green Project. Workers are tasked with replacing aging pavement; the structurally deficient bridges over the Little Arkansas River; and the functionally obsolete bridges over Arkansas Avenue and Broadway Avenue.

"The Green Project is just the first phase of a much larger rebuilding of the I-135/I-235/K-96/K-254 interchange, known locally in the Wichita area as the North Junction," said Tom Hein, Wichita Metro public affairs manager, KDOT. "It sets up I-235 to function with future phases of the North Junction Project." 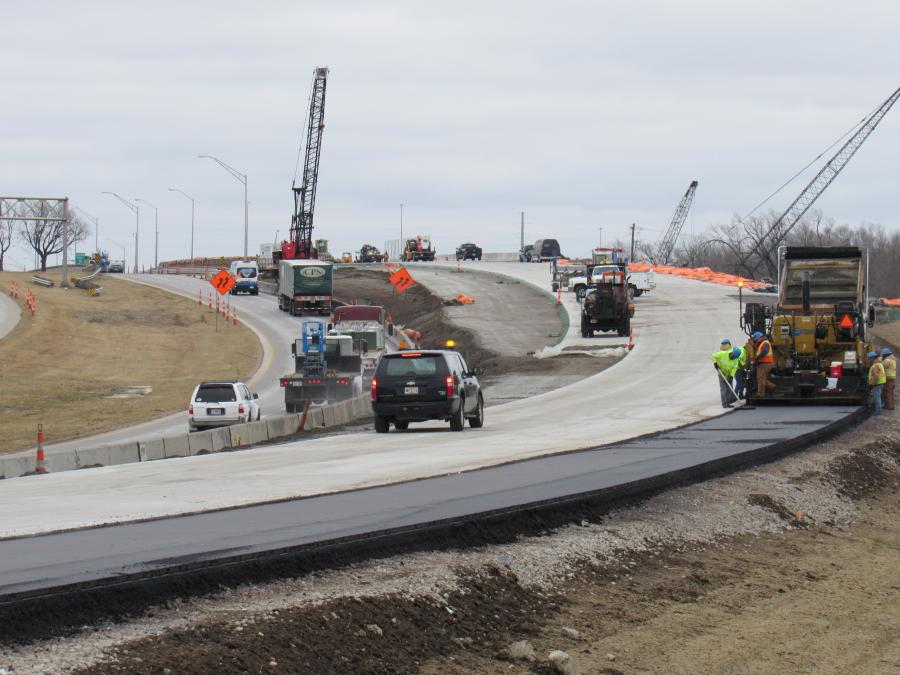 Crews will add continuous auxiliary lanes on I-235 and improve the ramp geometry at the Broadway Avenue Interchange. Local mobility will be enhanced by removing the Seneca Street Bridge over I-235 and connecting Meridian Avenue to Seneca Street by way of a new local roadway.

"The North Junction is a four-direction gateway to and from Wichita and many smaller communities that make up the metropolitan area," said Hein. "Increasing its efficiency and reliability, plus its capacity and safety improvements, will benefit all drivers who pass through the interchange.

"From an economic angle, it will help businesses that are shipping products, delivery services that are trying to meet tight schedules, commuters trying to get to their jobs and the travelers who come to Wichita to shop, visit area attractions, access advanced health care options and explore other opportunities area businesses offer."

The North Junction fix has been pushed as the major regional bottleneck that keeps business traffic in and out of Wichita operating at a less than ideal level. In the next two years, the Green Project will be completed and additional phases of the interchange improvements will create much more efficient travel at the interchanges that process the two interstates, K-96 and K-254.

To bring the project to life, a study of the North Junction was completed and design features were incorporated from the findings. The assignment meant decades of work by KDOT, the city, county, professional engineering consultants and the infrastructure design firm HNTB.

"The Green Project is important, because it sets up the highways west of the North Junction to operate much more efficiently," said Hein. "The replacement of aged bridges and pavement means less maintenance, at least in the first years of operation, plus an assurance of many decades of quality infrastructure in this area." 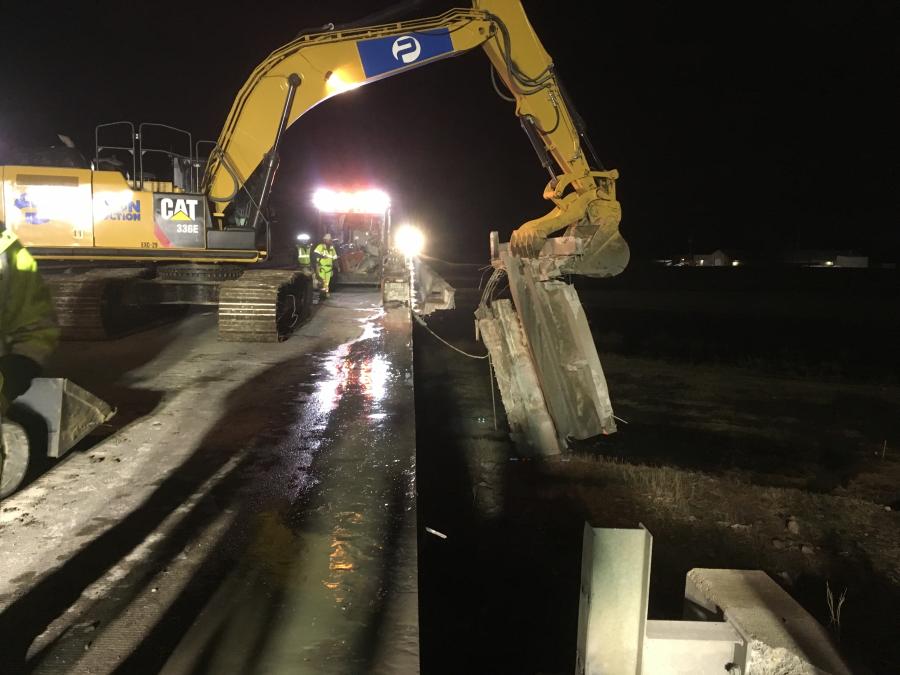 Currently, a bridge over the Little Arkansas River is being constructed, and dirt work has begun on the construction of a crossover that will be used to put all four lanes of I-235 traffic head-to-head with concrete barrier on the south side of the interstate as the north side is rebuilt in 2020 and 2021.

One NB I-235 bridge (over Broadway & RR) has been completed, and is open to traffic. Half of another NB bridge has been built and is serving motorists; a new ramp from NB to Broadway is open; the new Broadway to NB 235 ramp has been constructed but cannot be used until 2021; and the Seneca St. bridge over I-235 has been removed and replaced with a local road.

Construction of two SB I-235 bridges — one over a rail spur and Broadway, the other over the Little Arkansas River and Arkansas Avenue — has yet to be carried out, as well as work on auxiliary lanes on SB 235 that extend accel and decel lanes adjacent to ramps. Work on two new Broadway interchange ramps on the north side of interchange also remains.

"That's not unusual, just inconvenient for progress," said Hein. "In 2019, it slowed bridge construction and dirt work, but the delays were made up as weather improved, plus they added Saturday work. A mild winter in Wichita with above average temps helped construction that might be slowed by snow and ice events."

Replacing the aging pavement involves the removal of old pavement, re-compaction of sub-grade, new layers of base material, then new surface material, while work on auxiliary lanes on I-235 includes new grading, compaction, base material and pavement. 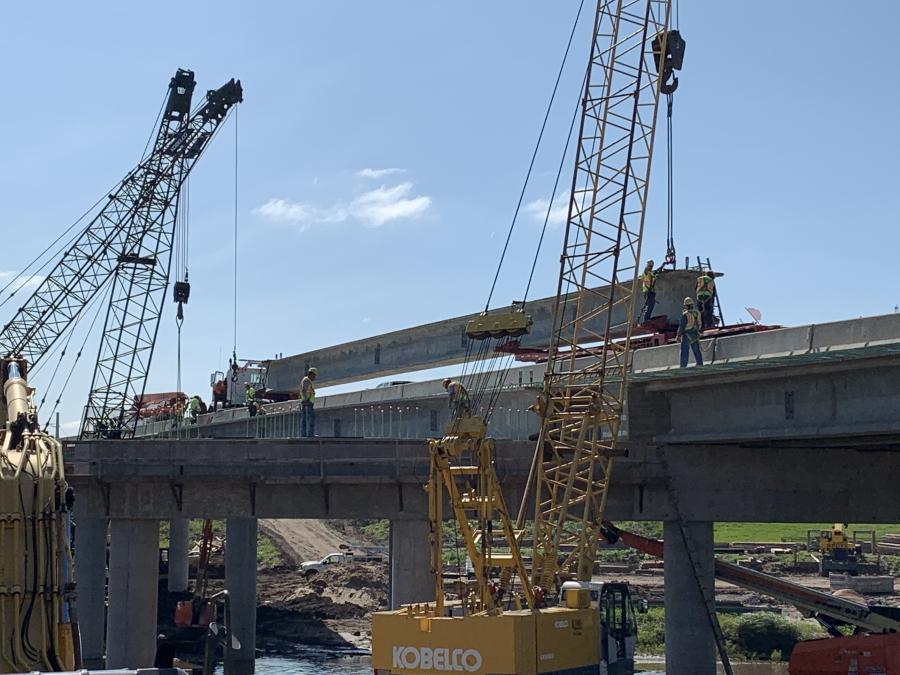 The removal of the Seneca bridge allowed room for the NB auxiliary lanes. Teams used a hydraulic jackhammer to punch holes in the bridge, which facilitated removal and separation of steel from concrete. The effort also required a grabber/shredder/clamp/chomper that broke concrete away from reinforcing steel. Steel was recycled. Concrete is likely to be reused by the contractor on other projects.

Seneca bridge was demolished over a weekend, with I-235 completely closed from Friday 7 p.m. until Monday 6 a.m. The teardown started at 9 p.m., and was completed overnight. Material removal occurred Saturday and Sunday.

According to Jarret Gowdy, Bergkamp King, A Joint Venture LLC project manager, "This project is broken down into five phases provided by KDOT, with subsequent sub-phases under each major phase. We have taken these five phases and broken them down into grading/construction balances to help determine grading operations to help best expedite the project.

"For example, when the Seneca Street Bridge over 235 was removed starting on a Friday evening, there was 40,000 cubic yards of dirt to be removed from the existing north and south bridge headers. That was scheduled to be completed over the course of 30 working days. Instead, we placed two excavators on each header and had 30 belly dumps.

"We started hauling that next Saturday morning, with all lanes closed for the weekend, and hauled 23,000 cubic yards by Sunday afternoon with belly dumps. This was able to help knock than more 25 days from the schedule." 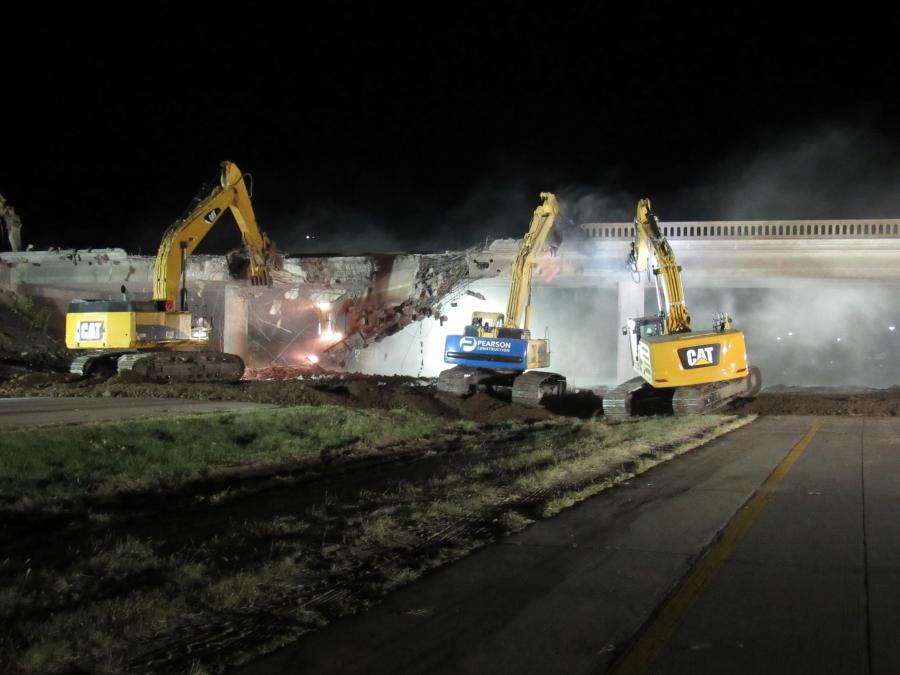 The equipment is primarily purchased/rented from Foley CAT, Berry Equipment and Murphy Tractor.

Main materials required on this project include soil, aggregate, concrete, asphalt, cement powder for subgrade stabilization and cement-treated base.

Work on The Green Project began in March 2019, with completion scheduled for November 2021. CEG