Worker Dies After Fall at Arena Construction Site in Detroit

The worker fell into the bleacher section of the under-construction arena of Little Caesars Arena. 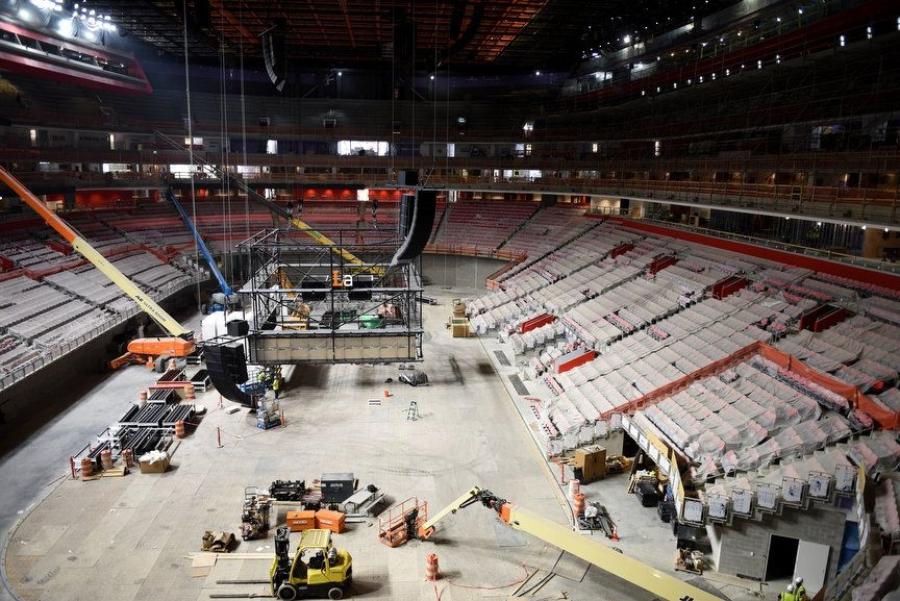 While working on the construction of the new Little Caesars Arena, an electrical worker died after falling 75 feet from a catwalk. (Tanya Moutzalias/MLive Detroit photo)

An electrical worker died after falling 75 feet from a catwalk while working at the new Little Caesars Arena construction site in Detroit on Monday morning, Detroit fire officials say.

Other workers were performing CPR. Detroit EMS workers took over as they transported the man to an area hospital, where he was pronounced dead.

"Our thoughts, condolences and prayers go out to the family, friends and co-workers affected by this tragedy," Illitch Holdings Vice President of Corporate Communications Doug Kuiper said. "We lost a member of our crew today, and it is an extremely sad and difficult time for our entire organization and for the many dedicated men and women building this project.

"The safety and security of everyone on our job sites remains our highest priority, and more information will be shared as it becomes available throughout the investigation."

Fornell said the Occupational Safety and Health Administration (OSHA) will be conducting a thorough investigation into the death.