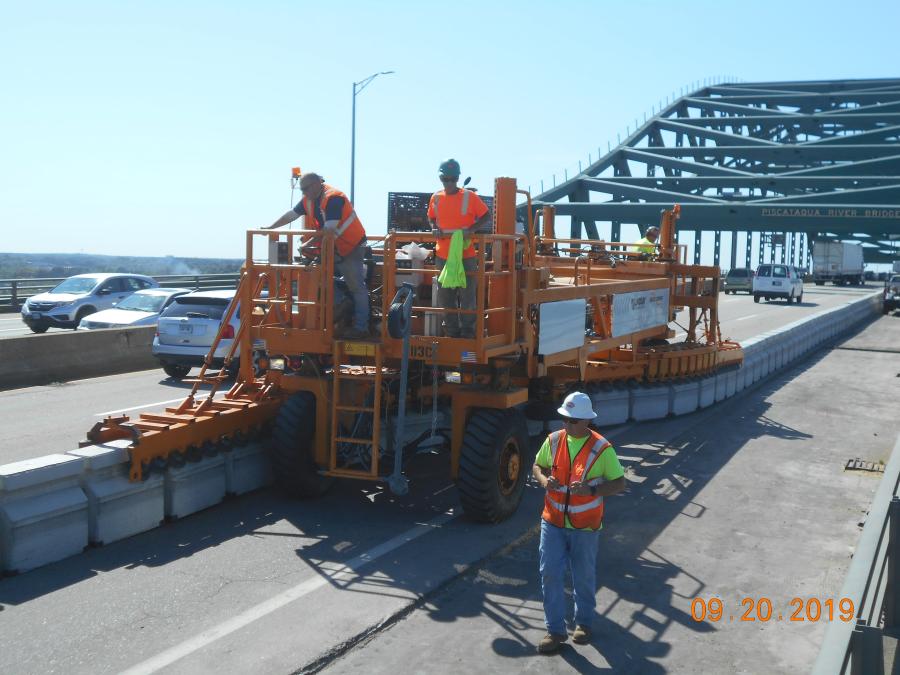 Working in collaboration with the New Hampshire Department of Transportation (NHDOT), the Maine DOT (MDOT) is repairing the I-95 bridge over the Piscataqua River. The 4,500-ft. long bridge sits 130 ft. above the water and features three lanes in each direction, plus a shoulder. It's the major route into Maine. The height and the limited working space pose very specific challenges. But a construction method used worldwide is making life a bit easier. Developed by Lindsay Transportation Solutions, the system is made up of the Reactive Tension Barrier and the Road Zipper Machine. Combined they're known as the The Road Zipper System. 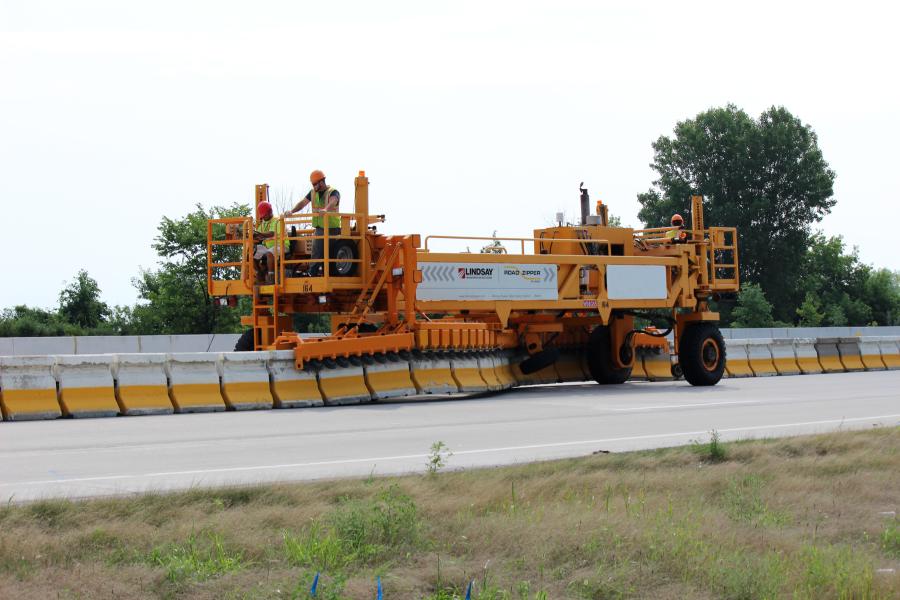 "At night, the machine picks up the barrier and moves it through the machine and places it 11 feet — one lane — over," said MDOT project engineer Craigh Hurd. "With an open lane, they can bring in more equipment and work safely behind the barrier, then in the morning, close the lane back up for the day."

The machine being used on the New England project is about 30 ft. long with two seats that the drivers use to guide it from each side. One driver steers the front wheels and the other, the back wheels.

"Without the machine, we'd be using regular Jersey barriers and moving them one at a time with a forklift," Hurd said. "What takes this machine a half an hour to do would take people with forklifts three days.

The bridge was originally finished in 1972 and sees about 40,000 vehicles daily. Now, it's showing its age, but a replacement isn't planned for at least three to four decades and the price tag for that, though not formally tallied, has been put by at least one source at $500 million, Hurd said.

According to MDOT, "The Piscataqua River Bridge project will accomplish two goals; it will provide the necessary improvements to keep it going for another 50 years and at the same time, prepare it for an Intelligent Transportation System (ITS) project, which will allow a fourth lane opening on the bridge during peak travel periods."

The rehabilitation project is expected to take three construction seasons to finish with it scheduled to be substantially completed by fall 2021. 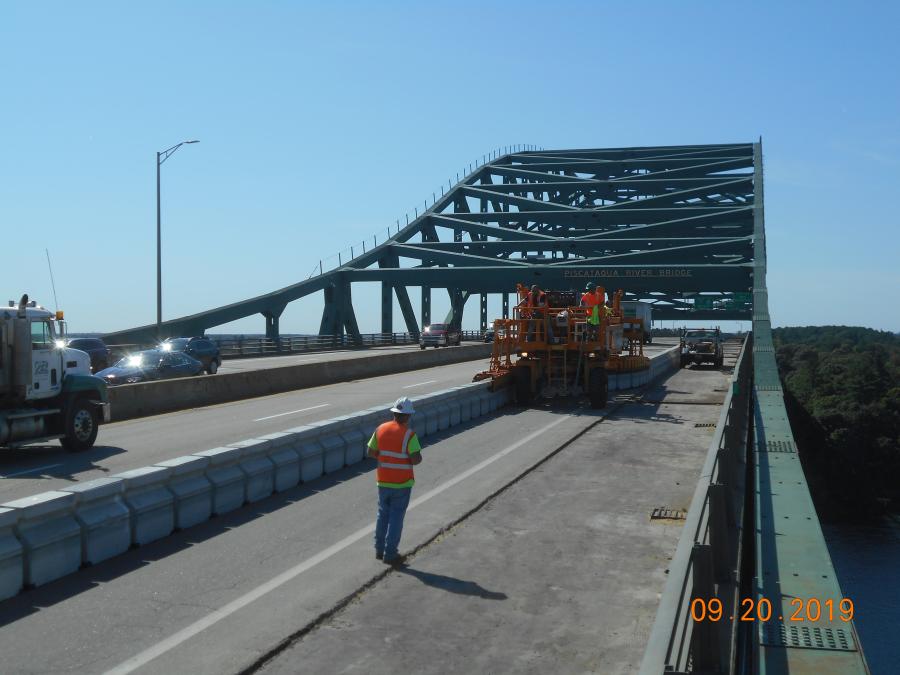 "We started striping and moving stuff over in May and right now we're working on the southbound main approach fascia deck," Hurd said. We're working day and night. We've removed the part of the deck we need to remove on the shoulder and are just putting it back in now. We took out about four to eight inches of concrete off of the five-foot wide fascia. We're putting in new steel and are going to put the concrete back in."

After the new year, crews will replace bridge joints, patch the deck and make other surface repairs

Although space constraints and height of the bridge pose some challenges, the biggest, Hurd said, is the challenge of working around the heavy traffic, a good portion of which are trucks.

"There was a pretty extensive traffic study here," he said. "Basically, we have a chart when we can close the lane to two lanes and keep it open to three lanes. There are special provisions when it needs to be three lanes and when it can go to two. Right now, we're shutting down two lanes in the Southbound direction. We're going to go to the Northbound after Thanksgiving." CEG