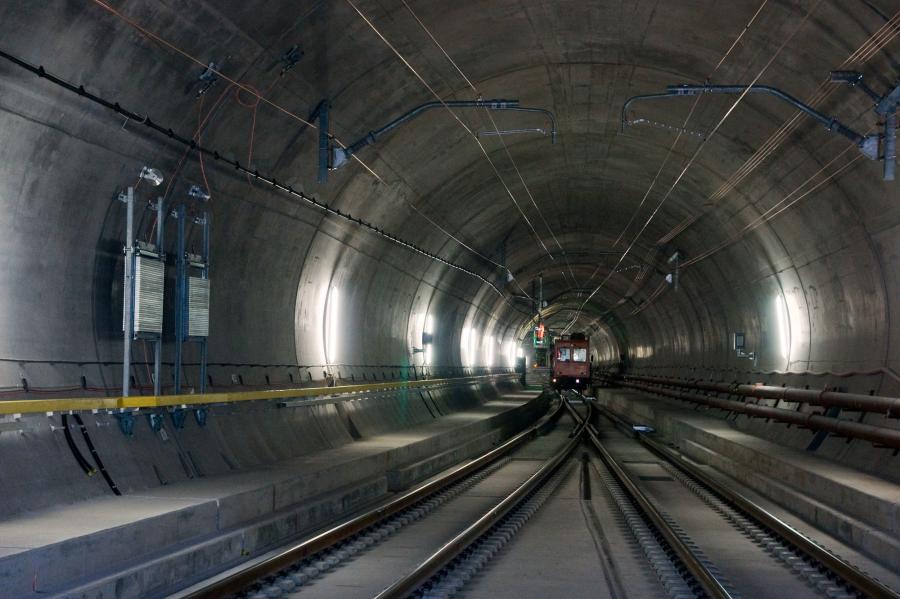 Fittingly for a project billed as Switzerland's "construction of the century," the Gotthard Base Tunnel was inaugurated amid colorful, sometimes surreal scenes, with visiting dignitaries treated to costumed dancers, fireworks and plenty of yodeling and alphorns.

And with characteristic Swiss punctuality, this major engineering feat has been completed on schedule.

Shortcut through the Alps

Reaching a depth of 2,300 meters (7,545 feet, almost 1.5 miles) the tunnel will slice an hour off the travel time between Zurich, Switzerland, and Milan, Italy.

Trains will travel the tunnel, which runs between the towns of Erstfeld in the north and Bodio in the south, in only 20 minutes, reaching speeds of up to 250 kilometers an hour (155 mph), according to the Swiss Travel System.

Beyond the anticipated benefits for travel and trade, the project will provide a direct and economic route for freight transport.

AlpTransit Gotthard, the company behind the construction of the tunnel, says the project will boost the efficiency and reliability of rail freight, making it more competitive.

Gotthard overtakes the 53.9-kilometer Seikan Tunnel in northern Japan as the longest rail tunnel in the world, relegating the 50.5-kilometer Channel Tunnel between Britain and France into third place.

The line, which will begin full operations in December, will establish a mainline rail corridor through Europe from the Dutch port of Rotterdam in the north to the Italian port of Genoa on the Mediterranean.

It is expected to bring significant environmental benefits by diverting freight sent by road on to rail instead.

"The main reason for the construction of this tunnel was to get the goods traffic off the motorway and onto the trains," Simon Peggs of AlpTransit Gotthard, told CNN when the tunnel was completed.

"It's just getting more and more (busy) every year and it was estimated that by 2020, the roads will be so blocked that something had to be done."

It is anticipated the economic benefits of increased trade and travel efficiency will make inroads into the tunnel's $12 billion construction cost.

The new tunnel, greenlighted by the Swiss public in a national referendum in 1992, bypasses the scenic original Gotthard line.

That line, popular with tourists for its panoramic views as it winds through the mountain range, crossing 205 bridges in the process, will continue to operate, the Swiss Travel System says.