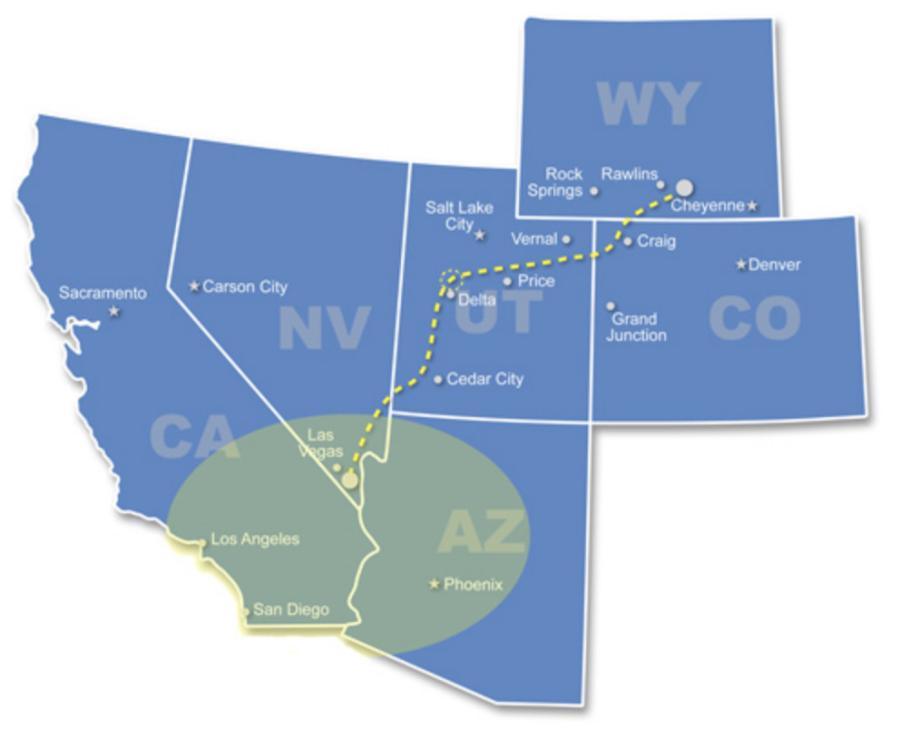 The State of Wyoming's Industrial Siting Council voted unanimously on April 19 to approve TransWest Express LLC's application for a permit to construct and operate the TransWest Express Transmission Project. The 730-mi. high-voltage transmission system extends from Wyoming to Nevada and will provide western electricity markets with efficient access to energy generated in Wyoming, including high-capacity wind energy resources.

The ISC's seven-member panel heard testimony from TransWest representatives at a public hearing in Saratoga, Wyo., before deliberating and making its decision. The ISC is the ruling entity of the Wyoming Industrial Siting Division, part of the Wyoming Department of Environmental Quality.

"We appreciate the state's careful review of TransWest's detailed application over the past several months. With the council's important decision today to approve the TWE project, the federal and state permitting decisions for the TWE project are now complete," said Bill Miller, president and CEO of TransWest. "We anticipate beginning construction next year on this critical energy infrastructure. The TWE Project will create jobs, open up new markets for Wyoming energy products, strengthen the regional electric grid, and deliver economic benefits to Wyoming and the West for years to come."

The TWE project's northern terminal and about 92 mi. of line are located in Wyoming. Before approving the permit, the council had to determine that the TWE project complied with all applicable law, did not pose a threat to the environment or to area residents, and met other important criteria. Council members not only made these findings but also noted the support that they heard from parties to the uncontested ISC proceeding, including Carbon County, Sweetwater County and municipalities in the project area.

The TWE project Wyoming Terminal will be constructed within the Overland Trail Ranch, south of Rawlins and Sinclair, and will interconnect with the local power grid. The line then extends as a high-voltage direct current (HVDC) system to Millard County, Utah, where TransWest plans to build its Utah Terminal and to interconnect the TWE project into the Intermountain Power transmission system. From Utah, the TWE project then extends as a high-voltage alternating current (HVAC) system to southern Nevada near Hoover Dam, where the California, Nevada and Arizona grids also interconnect.

Two-thirds of the total TWE project route lies on federal land. Following eight years of comprehensive federal environmental analysis, federal rights-of-way, easements and licenses were granted by agencies in 2017 and 2018. The TWE project also has received its local permits from Carbon County and Sweetwater County in Wyoming; from Moffat County, Colo., and from five Utah counties, with the remaining Utah and Nevada county permits anticipated completed by the end of year.