Work also will restore historic features covered up in past remodeling projects. 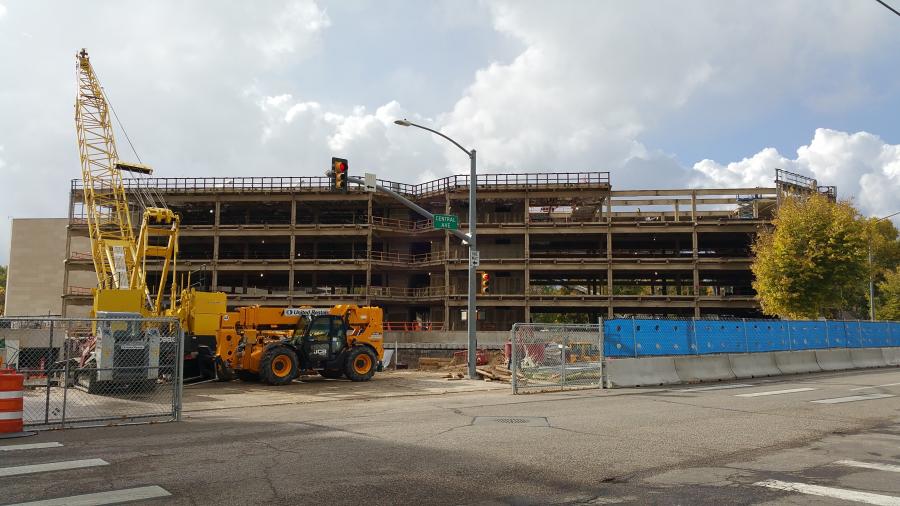 State of Wyoming State Construction Dept. photo. The construction project is expected to add 1,000 jobs in Laramie County, and when finished, is expected to generate $1.35 million in addition revenue from tourism.

The Wyoming State Capitol is one of less than 20 current state capitols listed as a National Historical Landmark. And yet until recently, some feared the massive stone building with its domed top was perilously close to condemnation.

“We were literally at a point if building code officials really wanted to they could have condemned the Capitol,” said Suzanne Norton, Wyoming state architectural project manager.

“We did some smoke evacuation modeling and learned that if you didn't get out in less than four minutes you probably wouldn't have made it out.”

Now, work is under way on a project budgeted at $299 million to restore and renovate both the Capitol, built in three phases from 1888 through 1917, and the newer neighboring Herschler Building, built in 1983. It's involved moving 770 employees to temporary spaces.

“We've been trying to do this project since at least 2003,” Norton said. “We started saving money in 2003 to fund one big repair project. Someone said this is just a bandaid. Let's just hold onto that money. In 2008, we started a savings account. On other construction projects where we saved money, that money reverted to the savings account. In 2013 we had over $100 million saved for the project.”

Work also will restore historic features covered up in past remodeling projects, as detailed in the project report:

• Restoration will expose historical decorative elements, such as stenciling and cornice molding.

• This restoration will expose the full height of windows, allowing more light into the building.

• Restoration will expose arched doorways that were previously covered.

• The 1888 Territorial House Chamber, which was later occupied by the Supreme Court in 1890 will be restored. The room is located on the north side of the Rotunda on the second floor. The chamber will be restored to its original size by eliminating a partition wall and reclaiming the two-story volume and public balcony.

• Original features will be restored, including the stained glass lay light and chandelier that are currently located in Room 302. Natural light will be provided by the historic sky light above this room.

• This magnificent room will become the largest meeting room in the Capitol and will be available for use by the statewide elected officials when not in use by the Legislature.

Contractors also have reopened the original quarry from which the building stone was mined to quarry an additional 15,000 cu. ft. (424.75 cu m) of sandstone for the project.

There also is work to be done on the dome — one of only 13 state capitols to feature domes with gold leaf.

“When the Capitol was constructed the dome was covered with copper, over time the copper discolored,” Norton said. “The dome was gilded with gold leaf the first time in 1900 and has been re-gilded several times since, most recently in 2009, at a cost of approximately $1.3 million. The gold leaf is purchased in rolls 67 feet long and 3.5 inches wide. Less than one ounce of gold is needed to cover the entire dome. The dome is visible from all roads entering the city.”

The top organization of the cornices are also made of metal, requiring a contractor to erect “special scaffolding” to try to figure out how to save as much of the decorative parts as possible.

Perhaps one of the most significant and unusual aspects of the project involves restoring the view to and from the Capitol. It means demolition of the center of the Herschler Building.

“The center of the Herschler Building was a four-story atrium,” Norton said. “It is a massive space, with a skylight at the top. It is inefficient space, and expensive to heat and cool and most importantly, it blocked the view of the Capitol from North Capitol Avenue and it also blocked the view from the Capitol to the historic train depot.

“Right now there is a 480-ton crane on the property demolishing the center of the Herschler Building. And there is a whole bunch of shoring sitting on top of the underground parking garage to hold up that load.”

The project is set to be complete in advance of the 2019 Legislature. The construction project is expected to add 1,000 jobs in Laramie County, and when finished, is expected to generate $1.35 million in additional revenue from tourism.

Most importantly, the project will restore a landmark known not so much for its architecture, but for its significance in history.

“We became a state in 1890 just a few months after our capitol was complete. The constitution was signed in one of the rooms we are restoring,” Norton said.

“Wyoming is known as the 'Equality State' because of the rights women have traditionally enjoyed here. Wyoming women were the first in the nation to vote, serve on juries and hold public office. The Wyoming Territorial Legislature gave women the right to vote late in 1869, and Gov. John Campbell signed it into law on Dec. 10 — 50 years before the rest of the nation. In 1889 the Wyoming Constitutional Convention delegates retained women's suffrage by incorporating it into a provision of the Constitution that was debated and signed in the Supreme Court Chamber in the Capitol.”