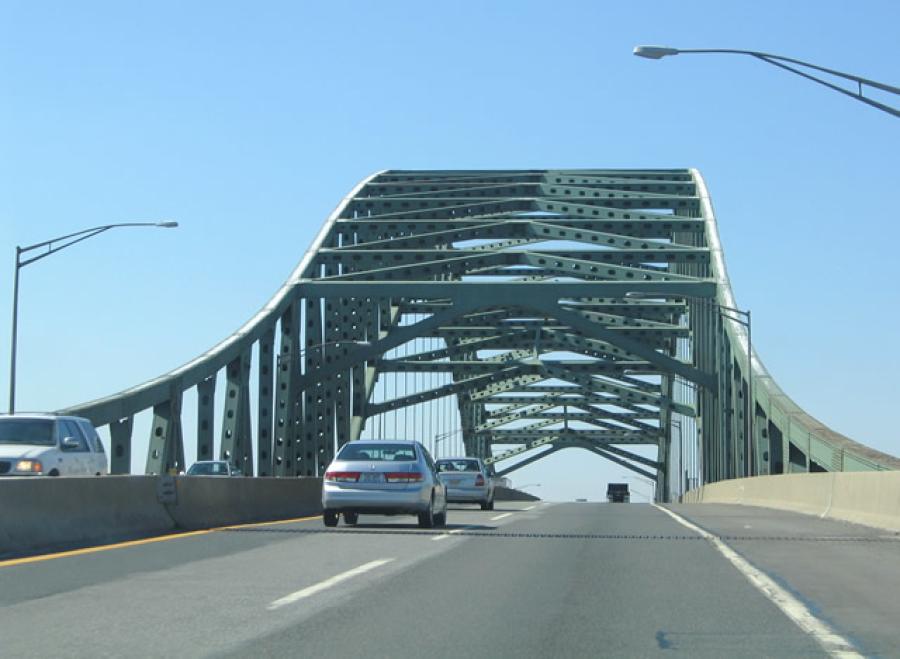 Transportation officials Saturday were unable to say how long the heavily traveled Delaware River Bridge connecting the Pennsylvania Turnpike with New Jersey would stay closed as they work to repair a ruptured bridge truss.

Officials said it would take two weeks before engineers have a full grasp of the extent of the damage, what kinds of repairs would be needed, and how long the bridge would remain closed.

But they made clear that the damage was significant.

"Due to the significant fracture, stresses have been redistributed to other parts of the bridge," said Brad Heigel, Pennsylvania Turnpike chief engineer.

The bridge on I-276 was last inspected in 2014 and no problems were identified at that time. It handles about 42,000 vehicles a day.

An engineer with the New Jersey Turnpike Authority, while overseeing a painting job on the bridge Friday afternoon, discovered the fracture and the bridge shutdown was ordered a short time later.

The bridge connects Bristol Township in Pennsylvania with Burlington Township on the New Jersey side, feeding into the New Jersey Turnpike. The closing left thousands of commuters scrambling to find alternative routes home.

The fracture was below the riding surface of the bridge, on the westbound, Pennsylvania side. A sample of the fractured truss has been taken for forensic analysis to better understand the cause, officials said. A bridge truss is a bracing structure, composed of interlocking beams.

"This was a unique and complete fracture, which may have happened quickly due to changing weather conditions," said Pennsylvania Turnpike chairman Sean Logan. "We are stabilizing the bridge now to prevent further movement. However, out of an abundance of caution and to protect traveler safety, the bridge must remain closed until a full-scale analysis and repair plan have been completed."

The 1.2-mile-long bridge opened to traffic May 23, 1956. It is jointly owned by the Pennsylvania Turnpike Commission and the New Jersey Turnpike Authority.

Officials said that construction work already is underway to stabilize the bridge, fastening new plates where needed, even as the analysis proceeds.

"They are using this time to reconnect the fractured truss pieces," said Carl DeFebo, spokesman for the Pennsylvania Turnpike Commission. "The truss is completely severed, and as soon as it was spotted a process was implemented to close the bridge."

DeFebo said that no major repair projects had been planned for the bridge before the closure but that there had been a proposal to build a parallel bridge as part of the extensive I-95 reconstruction project currently underway.

Officials advised Pennsylvania motorists wanting to travel to the New Jersey Turnpike to exit at the Bensalem Interchange, follow Route 1 north to I-95 north to I-295 south to I-195 east to the turnpike.

For more information, visit the story on Philly.com at http://url.ie/11nx4