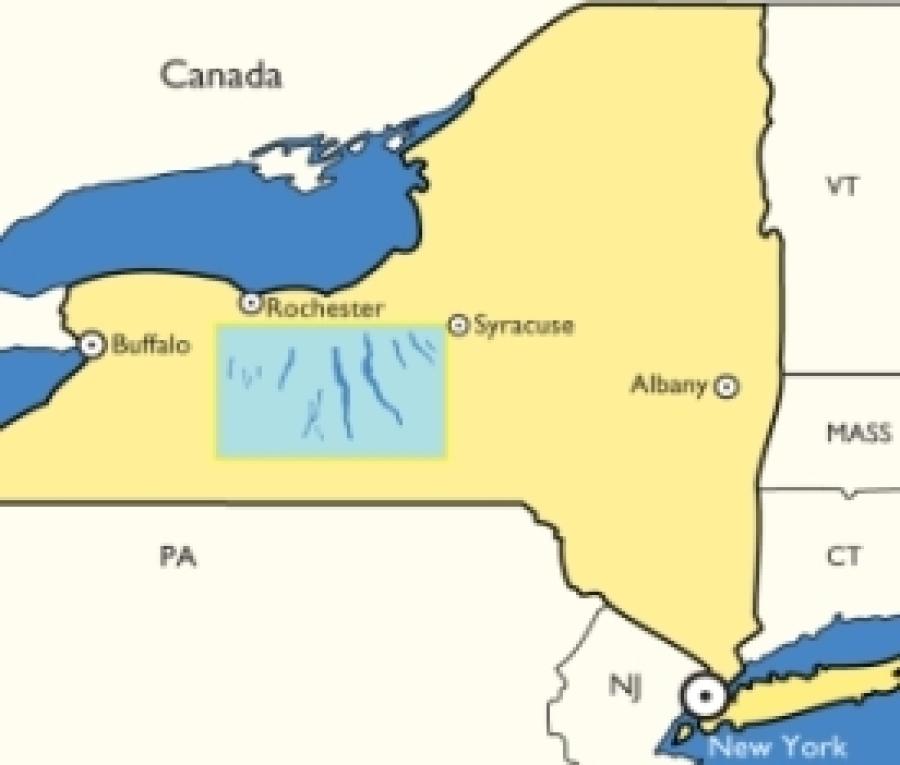 Gov. Andrew M. Cuomo announced that work is under way on $14.7 million in highway improvement projects across Central New York and in Seneca County in the Finger Lakes region. Projects include resurfacing 17 mi. of Interstate 81 in Cortland County and repairing eight culverts in Cayuga, Onondaga, Oswego and Seneca counties, all of which are scheduled to be completed later this year.

“Our continued investments in the future of New York's transportation infrastructure are critical to the success of the Central NY Rising and Finger Lakes Forward strategies,” Cuomo said. “These highway improvements will benefit everyone traveling throughout our communities, helping to foster growth in these local economies by ensuring our roadways remain safe, resilient and reliable for decades to come.”

The paving project under way on Interstate 81 in central and northern Cortland County is a $13.3 million continuation of work that began in 2016. The project is milling and resurfacing a 17-mi. portion of the highway from South Hill Road in the town of Cortlandville to the Onondaga County line in the town of Preble.

In 2016, all roadway expansion joints were replaced and a portion of the northbound highway was resurfaced. This year's work will complete paving in both directions of the mainline, as well as on the entrance and exit ramps within the project limits.

A $1.4 million project to repair eight culverts in Cayuga, Onondaga, Oswego and Seneca counties also is under way. The work involves lining seven of the culverts with high-density polyethylene pipes. The remaining culvert, located in the village of Jamesville, Onondaga County, will have its laid-up stone arch lined with aluminum plating. The contract also involves restoring the headwalls and drainage aprons at either end of the culverts.

“Sound highways and bridges support economic growth, enhance the quality of life, and ensure the movement of goods and services all over our great state. Smart infrastructure investments like these benefit communities now and for the future,” said Matthew J. Driscoll, New York State Department of Transportation commissioner.

Consistent with Gov. Cuomo's Driver's First initiative, the project has been designed to minimize impacts to expressway traffic.

Motorists are reminded that fines are doubled for speeding in highway work zones. In accordance with the Work Zone Safety Act of 2005, convictions of two or more speeding violations in a work zone could result in the suspension of an individual's driver's license.

These projects complement “Central NY Rising,” the region's comprehensive blueprint to generate robust economic growth and community development. The state has already invested nearly $3 billion in the region since 2012 to lay the groundwork for the plan — capitalizing on global market opportunities, strengthening entrepreneurship and creating an inclusive economy. Today, unemployment is down to the lowest levels since before the Great Recession; personal and corporate income taxes are down; and businesses are choosing places like Syracuse, Oswego and Auburn as a destination to grow and invest in.

Now, the region is accelerating Central NY Rising with a $500 million state investment through the Upstate Revitalization Initiative, announced by Gov. Cuomo in December 2015. The state's $500 million investment will incentivize private business to invest well over $2.5 billion — and the region's plan, as submitted, projects up to 5,900 new jobs.

This announcement complements “Finger Lakes Forward,” the region's comprehensive blueprint to generate robust economic growth and community development. The state has already invested more than $3.4 billion in the region since 2012 to lay the groundwork for the plan — investing in key industries including photonics, agriculture and food production, and advanced manufacturing. Today, unemployment is down to the lowest levels since before the Great Recession; personal and corporate income taxes are down; and businesses are choosing places like Rochester, Batavia and Canandaigua as a destination to grow and invest in.