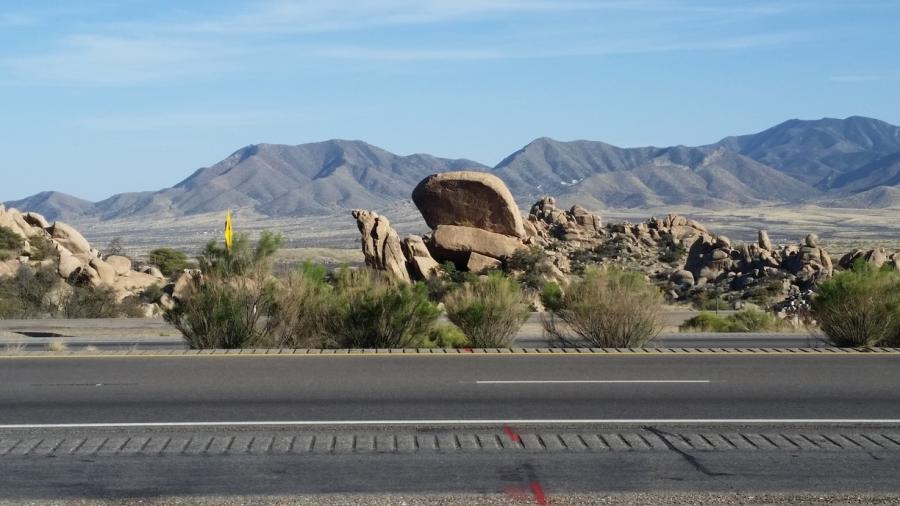 The Arizona Department of Transportation, in conjunction with Cochise County, began work Jan. 17 to make drainage improvements on a section of Davis Road near Tombstone that requires frequent closures because of flooding.

The Arizona Department of Transportation, in conjunction with Cochise County, began work Jan. 17 to make drainage improvements on a section of Davis Road near Tombstone that requires frequent closures because of flooding.

The low water crossing at approximately milepost 10 on Davis Road is part of the watershed from nearby mountains, and storm water floods the roadway, particularly during summer rains. Flooding in the area has led to several swift water rescue operations by Cochise County emergency services providers.

The route, which connects state Route 80 and U.S. 191, is heavily used by oversize vehicles that are unable to stay on Interstate 10 because of several low bridges in eastern Arizona. Davis Road, in addition to serving several large ranches in Cochise County, is commonly used by commercial trucks entering the state at the International Port of Entry in Douglas.

The $2.95 million project will construct concrete arch culverts to channel water beneath the roadway and prevent flooding, create an earthen channel, and install guardrail and concrete barrier, as well as preserve access gates to nearby ranch property.

Cochise County was able to obtain federal funding from several sources to design and construct the project in a multi-agency effort that included the Federal Highway Administration, ADOT, the SouthEastern Arizona Governments Organization (SEAGO) and Cochise County.

Before work begins on the drainage structures, ADOT will construct a short paved detour around the project area to maintain two-way traffic during the six-month project. The temporary roadway alignment will be constructed north of the existing road.

Brief closures of Davis Road will be required for some work, including the delivery and installation of pre-cast concrete arches that will compose the drainage culvert. ADOT will provide information in advance of restrictions that affect travel.

The project will be substantially complete in mid-June 2017, followed by reseeding and permanent roadway striping. The project is scheduled be complete Aug. 1, 2017.

Drivers should proceed through the work zone with caution, slow down and watch for construction personnel and equipment.