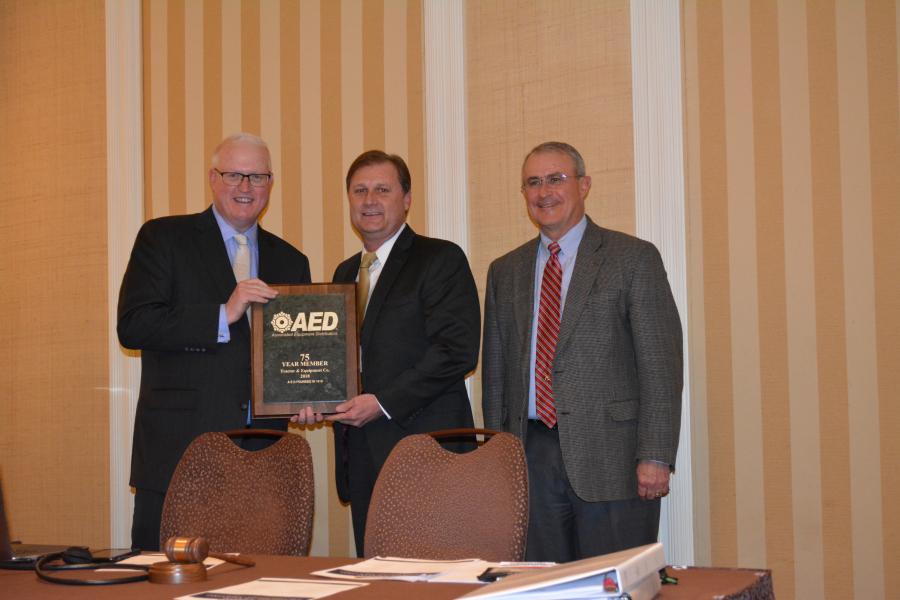 The Associated Equipment Distributors (AED) held its annual Summit and CONDEX Jan. 15 to 19 at The Mirage in Las Vegas.

The event drew more than 1,600 attendees and featured 138 exhibitors in CONDEX and 60 suite holders. Of the exhibitors, 47 exhibited for the first time.

On Jan. 18, Diane Benck, owner and vice president of general operations of West Side Tractor Sales and RCE Equipment Solutions, was signed in as the AED 2018 chairwoman. This honor was particularly significant as Benck is the first female chairwoman in the 100-year history of AED. She is also the first John Deere dealer in this role.

The keynote speaker was Leon Panetta, who served as the director of the CIA from 2009 to 2011 and ran the operation that brought Osama bin Laden to justice, and was an influential political strategist for two U.S. Presidents, a former secretary of state and a congressman for 16 years.

The AED Foundation funds the research that backs up its claims on the importance of workforce development and shares that data with legislators, educators, the media and other stakeholders.

The AED Foundation also recognized key leaders within the organization.

The Lester J. Heath, III Award was presented to AED Board Member John Crum, senior vice president of Wells Fargo Equipment Finance. This award is given in honor of Lester Heath, the first president of The AED Foundation, to an individual demonstrating outstanding contributions to the Foundation through involvement and support of Foundation activities including training, accreditation and workforce development.

The Foundation Champion Award was presented to John Deere Construction and Forestry Division and was accepted by AED Board Member Jason Daly, director of consumer product support of John Deere. This award recognizes distinguished service or merit of a manufacturer or service provider that has provided significant contributions to the workforce goals of The AED Foundation.

The Foundation Partner Award was presented to Volvo Construction Equipment North America and accepted by Ryan Sherwood, vice president of retail development of Volvo. This award recognizes distinguished service or merit of a manufacturer or service provider that has provided significant contributions to the professional education goals of The AED Foundation.

During the Summit, AED recognized companies that have been members of the association for 25, 50 and 75 years.