One of the last bills to pass George W. Bush’s 1999 Texas Legislature deregulated the state’s electricity markets. Now two years later, new competitors are getting in gear to take advantage of the new open markets. AES Corp. of Arlington, VA, is just one of these companies.

Last November, AES began construction on a $300-million power plant in Granbury, TX, about thirty miles outside of Ft. Worth. The 730 MW facility will connect into a major Ft. Worth substation and serve about 750,000 homes, supplying 350 MW of electricity to the area.

The project is expected to be completed by Summer 2002. Texas Utilities, known as TXU, is the local utility serving the Ft. Worth area. This new plant will connect into the TXU grid.

Wolf Hollow Engineers and Constructors of Houston, TX, is the contractor for the project which has been dubbed the Wolf Hollow project.

“The Power Island will consist of 2 MHI 501 G gas turbines, 2 Deltak HRSG’s and one MHI steam turbine,” said Bob Johnston, plant manager of AES Wolf Hollow. Johnston added that the gas supplier for the plant is being kept confidential.

Mitsubishi Heavy Industries is supplying the heavy equipment for the project, which has been financed privately in the bank market. Wolf Hollow was designed by a joint venture between Parsons Energy and Chemical Group Inc. and Enron/NEPCO.

The Brazos River Authority has agreed to supply the water for the plant in a thirty-two year water supply agreement. “This power facility has been in development for only a year and a half,” said Johnston. “The speed of our development program demonstrates the commitment of the State of Texas to encourage competition in its newly deregulated electricity market.

“The community of Granbury has been very supportive of our project and we thank the people of Granbury for their support,” added Johnston.

AES has current energy projects in California, Nigeria and Argentina. It has facilities in operation on just about every continent of the globe, serving more than 17 million end-users overall. 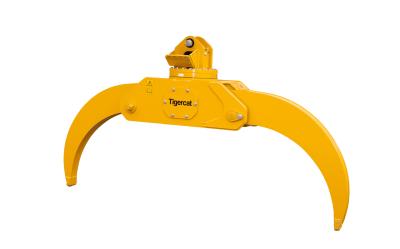