Alcatraz: The Fortress Built to be Escape-Proof 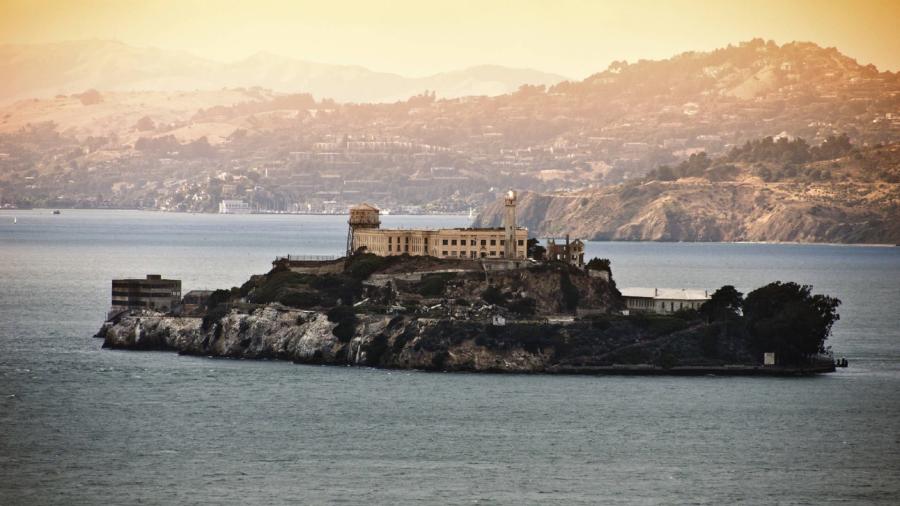 Over the course of 29 years as a maximum-level federal correctional facility, Alcatraz saw 36 inmates make attempts to flee in 14 individual escape plots from 1934 until its closure in 1963.

Just as the RMS Titanic was deemed “unsinkable” in its time (and we know how that turned out), Alcatraz Federal Penitentiary was likewise boldly billed as escape-proof – until it wasn't. Because of great public interest, both of these modern marvels were bestowed a larger-than-life status that they would ultimately fail to live up to. “The Rock” was once a prison so intimidating that it broke the will of legendary Chicago gangster Al Capone, who spent 4 ½ years locked up on the island and once told the warden, “It looks like Alcatraz has got me licked” before his eventual transfer due to illness.

Over the course of 29 years as a maximum-level federal correctional facility, Alcatraz saw 36 inmates make attempts to flee in 14 individual escape plots from 1934 until its closure in 1963. Of these, 23 men were caught by guards and returned to their cells (two were later executed for their roles in the death of an officer). Six were shot and killed in the process while two others drowned in the icy waters of the San Francisco Bay.

“Break the rules and you go to prison. Break the prison rules and you go to Alcatraz,” is a famous old quote that speaks to the type of criminal held on the island. Designed with an occupancy of 600, Alcatraz at its largest only ever housed half that amount. The prison was the ideal locale to detain these “worst of the worst” offenders like Capone and George “Machine Gun” Kelly, as it was conveniently constructed on top of an existing military fortress.

Founded and named by the Spanish, Alcatraz Island did not become property of the United States until 1846, when California Military Governor George Fremont acquired it for $5,000 in the name of the state. In 1850, President Millard Fillmore ordered the land be designated for future use as a military reservation, and Alcatraz became a barracks in defense of the Bay Area by the end of the decade. While military prisoners were often taken to the island, it never was truly able to serve its purpose. The guns of Alcatraz were never fired in battle, however, a second life as a prison would make its name world famous.

The U.S. Army lorded over Alcatraz for 80 years before the island became the possession of the Department of Justice in 1933. The DOJ transformed the military citadel into a state-of-the-art correctional facility after taking over, aided by the Army's $250,000 investment in a new cellhouse a little over 20 years prior. Upon its completion in 1912, the 500-ft.-long building became the longest concrete structure in the world. Modernized in 1934, the outpost would serve as the federal penitentiary's main cellhouse.

Each cell was replaced with special “tool-proof” hardened steel from Kentucky's Stewart Iron Works that could withstand cuts from a hacksaw blade. It cost more to put the bars in than it took to fund the construction of the original cellhouse. And to make matters worse for flight-minded prisoners, no cell touched any outer walls, making each cell block a unique “prison within a prison.” Upgrades to Alcatraz also included the early introduction of metal detectors and a mechanical cell locking system.

With these modern features, Alcatraz quickly earned the reputation of America's most costly prison. A 1959 report pegged it as three times more expensive than the average jail to operate. By the end of the '50s, the salt air and age had deteriorated Alcatraz to the point where it was in need of at least $5 million in repairs. Major renovations began in 1958, but they were soon abandoned after engineers determined the prison was a lost cause.

Immortalized in a Clint Eastwood film, the June 1962 “successful” escape of three inmates led to the closure of Alcatraz. In all, five men have been officially listed as “missing and presumed drowned,” however, many count them as the few who beat “The Rock.” These days the island is maintained by the National Park Service, which over the years has spearheaded several restoration efforts to keep Alcatraz a tourist destination.