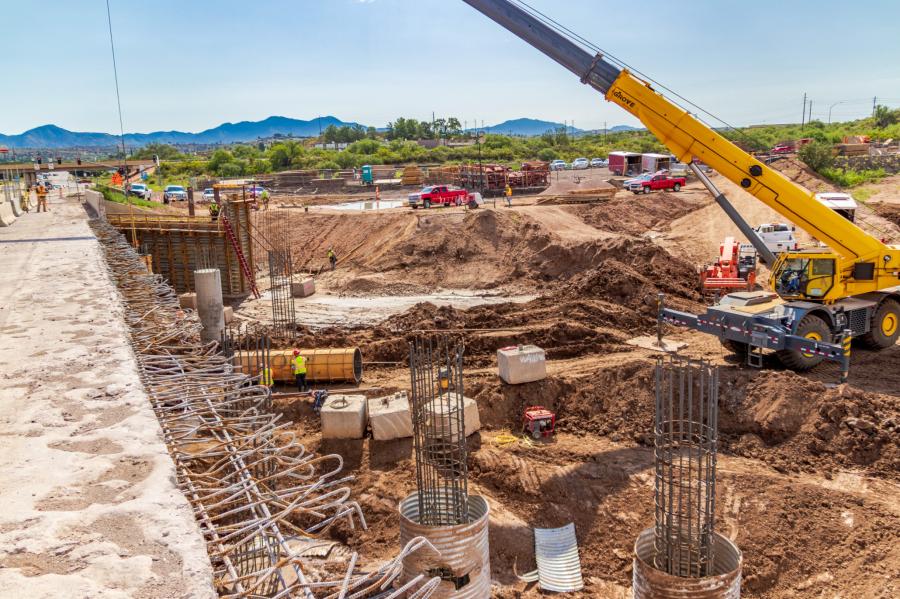 If you like fresh produce, you are going to love this Arizona road-building story. Approximately 370,000 trucks crossed the U.S. border at Nogales in 2021, carrying some $30 billion in goods, including much of the winter produce consumed in the United States. 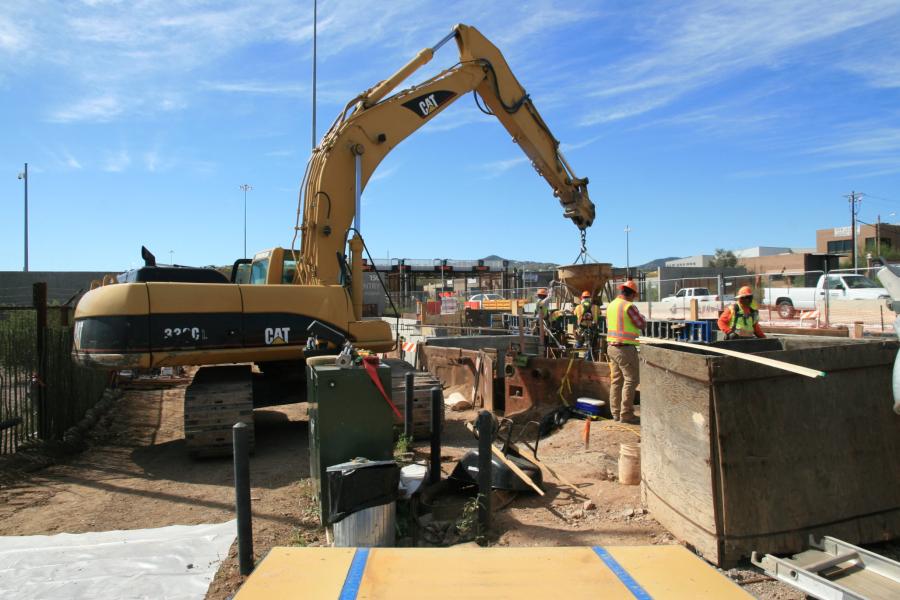 Before construction work on SR 189 began, heavy truck traffic flowed along the state road and into the I-19/Mariposa Road interchange. The finished project included two flyover bridges that now enable trucks to bypass the busy interchange, eliminating the need to stop at three traffic signals. The $134 million project shifts traffic away from the front of Nogales High School improving safety for students, their parents and motorists.

Decreasing congestion on a highway is almost always desirable. However, for trucks carrying perishables like produce, congestion reduction is especially significant.

Securing funding for an important project like this is always a key element in the process.

"We were able to advance the project two years earlier than originally planned," said Garin Groff of Arizona DOT. "A $25 million appropriation was approved by the state legislature and signed by Gov. Doug Ducey. In addition, the state received a $25 million TIGER grant (Transportation Investment Generating Economic Recovery)."

The project began in May 2020 with Ames Construction building the flyover ramps. Crews completed that portion of the job in March 2022. Workers finished the job in April 2022. As with almost all construction projects over the last two years, COVID caused some delays. The construction teams dealt with material and equipment delays. In addition, contractors took extra steps to keep their workforce healthy.

The current project was built on a $250 million upgrade of the Mariposa Port of Entry completed in 2014. One of the major challenges for the contractor, Ames Construction, was the lack of room on SR-189 to redirect traffic during the construction. Often in highway construction, traffic can be moved onto the road shoulders or parallel roadways. This was not possible in this case, so workers did much of their work at night when traffic was slower or was halted. This meant concrete pours and dirt operations were carried out at night.

Environmental concerns were taken seriously. Old road materials were crushed nearby and used as subgrade or as an intermediate layer for the new road. This activity saved numerous truck trips to haul old material to a remote location. This action prevented adding to the already congested roads and saved the state the money of trucking in new material for the fill. 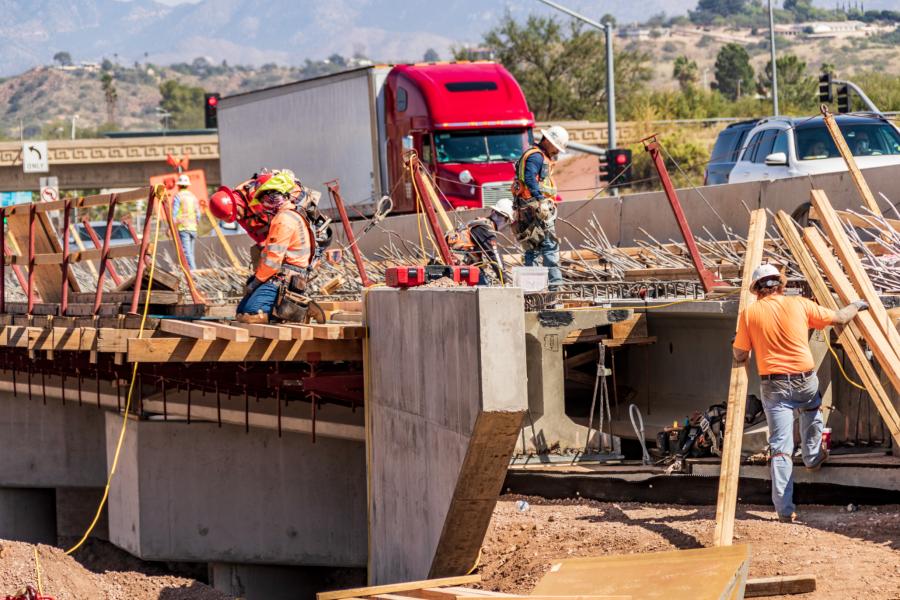 "The main portion of the flyovers, plus an existing bridge widening, were built in a wash so we had to control all of our access, equipment, materials and prevent any spills or contamination," Kane said.

Outsiders unfamiliar with the dry conditions in the southwestern part of the country might see these washes as simple ditches. However, during heavy rains, washes in this construction area can fill with water quickly and become 10 feet deep or more. "FEMA considers this a flood plain, so we had to design channel walls that could handle a 100-year flood," said Kane. "The channels would direct water into massive pipes that would take the water under I-19 and into a water system. We also had to ensure that any flooding would not undermine the footings of our bridges."

Another challenge for construction workers and planners was the massive roundabout built at SR-189 and Target Range Road. The traffic control structure is large enough to accommodate two semis traveling side by side. "It was the largest roundabout I've ever seen at about 180 feet across," said Kane. "We had to build in five different stages to complete the work successfully while working around the traffic."

Handling traffic while construction was happening required the crews to be constantly alert. One particularly difficult aspect of the build was that one of the bridge supports for I-19 arose directly from the busy SR-189 traffic.

"The aesthetic elements of the project also made it fun to be a part of and was especially well-liked by the community," said Kane. "Mariposa means butterfly in Spanish and butterfly patterns were embedded in some of the bridge supports."

With the completion of the project, residents and truckers see the new normal. "I love to do projects like this that can make an immediate positive impact on the community," said Kane. "Once the bridges opened, it changed the face of the community. We had several people affiliated with the school and other residents express their appreciation." CEG