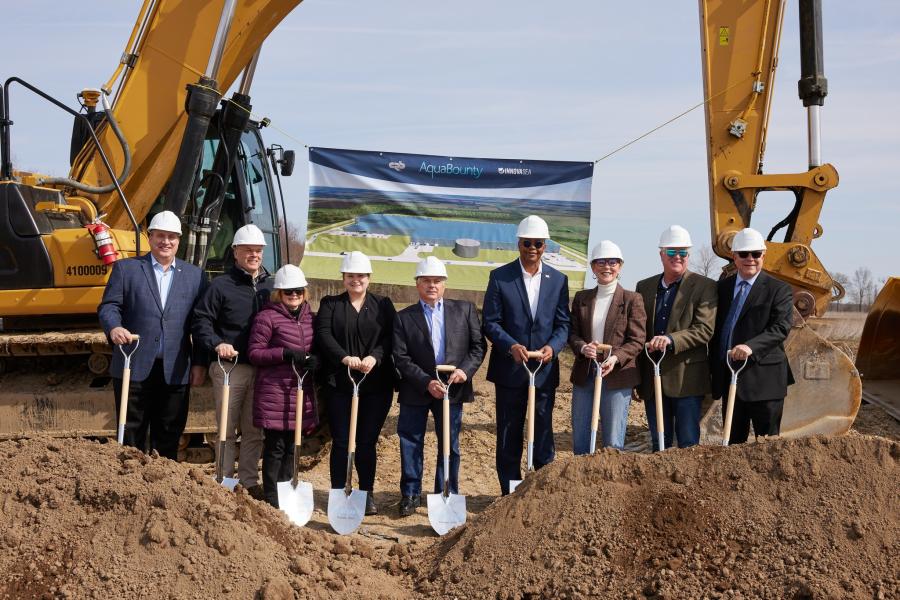 "We are pleased to have officially begun building our next-generation, highly productive facility in Pioneer, Ohio, which will serve as a model for the aquaculture industry and our continued expansion," said Sylvia Wulf, chief executive officer of AquaBounty. "This milestone comes after many dedicated teams completed extensive scientific investigation, analysis, testing, modeling and regulatory review. We also celebrate with the village of Pioneer, Williams County, the Regional Growth Partnership and the state of Ohio, which will benefit from the introduction of a new industry with new jobs and new opportunities in northwest Ohio."

AquaBounty expects the project cost to be in the range of $290 million to $320 million, including a reserve for potential contingencies of $30 million. The company anticipates commercial stocking of salmon eggs to commence in late 2023. Once in full operation, the farm is expected to bring more than 100 new jobs to the region.

CRB, an international leader in sustainable engineering, architecture, construction and consulting solutions to the food and beverage and life sciences industry, will lead the design and construction of the facility for AquaBounty. Innovasea, a global leader in technologically advanced aquatic solutions for aquaculture and fish tracking, is designing the recirculating aquaculture systems ("RAS") technology for the new farm.

"AquaBounty's facility demonstrates the bold vision necessary to defeating food insecurity on a global scale," said Ryan Schroeder, president of CRB. "We are extremely humbled and grateful that our integrated ONEsolution approach is playing a key role in uniting that vision with execution methods designed to deliver projects on schedule, on budget and with high quality."

"This is an important milestone in the advancement of aquaculture in the United States, and Innovasea is excited to lend our RAS expertise to the project," said Innovasea CEO David Kelly. "AquaBounty's facility will go a long way to proving that commercial land-based aquaculture can be scaled up and remain both profitable and sustainable."

"AquaBounty will establish its largest and most advanced facility here in Ohio," said J.P. Nauseef, president and CEO of JobsOhio. "The farm will create more than 110 new jobs while attracting the next generation of food production technology to Williams County."

"As the global population increases, we are working to efficiently feed a hungry world with a sustainable source of nutritious food," said Wulf. "The RAS technology and overall facility design combined with the proximity to major markets will continue to generate a lower carbon footprint compared to flying salmon produced overseas, as well as ease pressure on wild salmon stocks, while using natural resources responsibly and sustainably."

AquaBounty offers a consistent supply of salmon raised in the United States in a safe, secure and sustainable way. AquaBounty strategically locates its farm facilities within easy reach of key U.S. markets to accelerate delivery of fresh and safe Atlantic salmon to consumers.