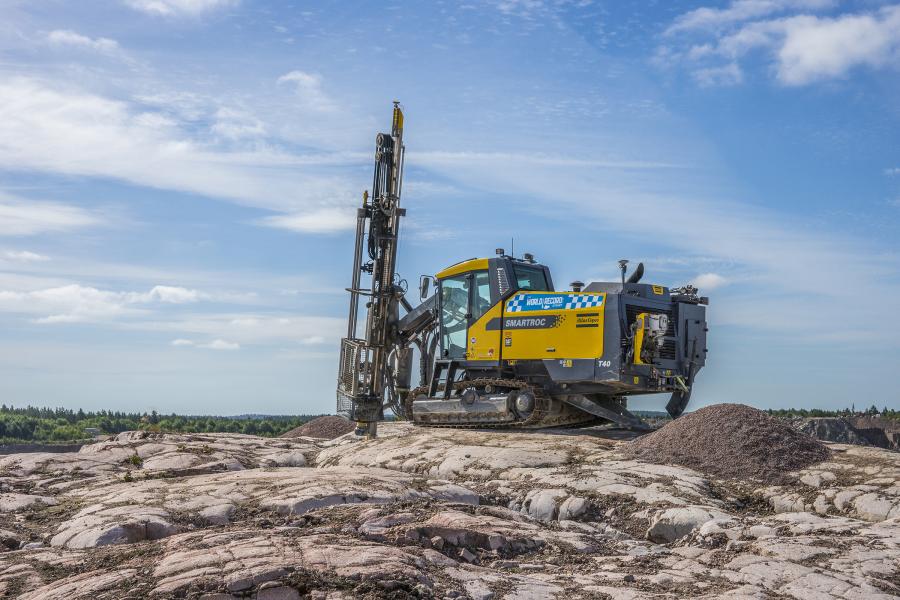 To demonstrate the performance and fuel efficiency of the SmartROC series of surface crawler rigs, Atlas Copco set out to drill 328 ft. (100 m) in less than two hours and less than roughly 10.5 gal. (40 L) of fuel.

To demonstrate the performance and fuel efficiency of the SmartROC series of surface crawler rigs, Atlas Copco set out to drill 328 ft. (100 m) in less than two hours and less than roughly 10.5 gal. (40 L) of fuel. The Atlas Copco SmartROC T40 model chosen for the test not only achieved the goal in one hour and 53 minutes but used just 9.1 gal. (34.5 L) of fuel — establishing an industry record for drills of its class.

Hole straightness of the five holes drilled during the SmartROC test was 90 percent. That translates to 18 of every 20 drill meters being perfectly straight and proving that SmartROC technology offers not just economical productivity but reliable high precision. An industry standard for similar drilling would be about 16 gal. (60.5 L).

Atlas Copco conducted the initial SmartROC experiment in Sweden under controlled conditions to ensure that results could be repeated by others.

“We wanted to create a simple test that anyone in the world could duplicate,” said Atlas Copco Global Product Manager Mats Birkestål. “The undeniable results show just how well the tough SmartROC performs.”

SmartROC T35 or T40 operators are now being offered their own chance to prove the results or to attempt to beat the record. See results or post results on the leaderboard link on mostfuelefficient.com.

High drilling efficiency of SmartROC drill rigs is based on cutting-edge, cost-reducing components and drilling features. Engine and compressor speed self-adjust according to demand. That means the rig calls upon its 225 hp engine to produce only as much energy as is needed during the drilling process, saving cost of operation. Operators can adjust flushing air volume and dust collector fan speed to match demand rather than running them at full power unnecessarily.