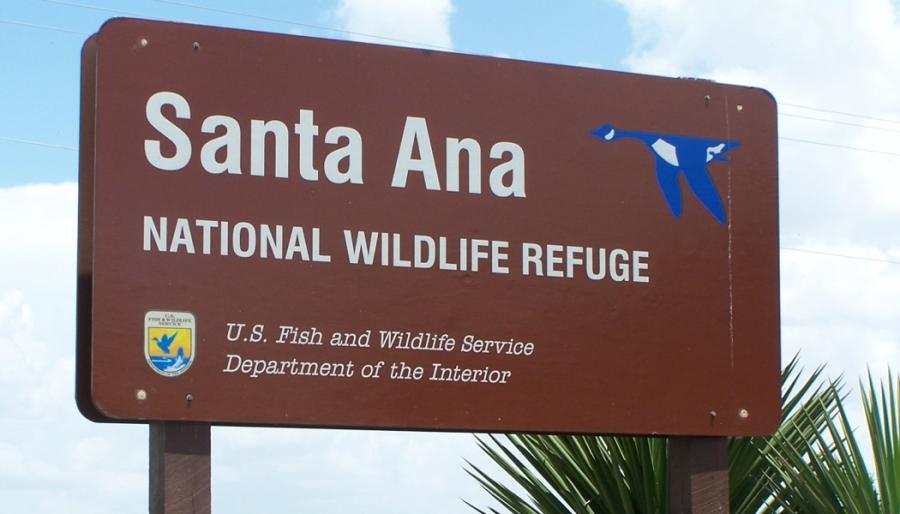 The Santa Ana Wildlife Refuge is the proposed site for “an 18-foot levee wall [that] would run almost three miles through the land.”

Though funding for the estimated $21.6 billion U.S.-Mexico wall has not yet been secured, the federal government continues to move forward with construction. In the latest development, the Trump Administration intends to invoke a 2005 anti-terror law to avoid conducting an environmental review of the impact the wall will have on a national wildlife refuge.

Per the National Environmental Policy Act (NEPA), environmental impact studies are required for large-scale projects. But Reuters reports that U.S. Customs and Border Protection (CBP) will use the REAL ID Act to bypass having to conduct one, according to two government sources.

The REAL ID Act was passed in 2005 on recommendation of the 9/11 Commission. It allows the secretary of Homeland Security to exempt CBP from adhering to the Endangered Species Act if the project is a matter of national security. The border wall, a significant component of Donald Trump's presidential campaign, has been touted by the president as a way to effectively stop illegal activity—including drug smuggling—at the southern border.

The Santa Ana Wildlife Refuge is the proposed site for “an 18-foot levee wall [that] would run almost three miles through the land.” The refuge has been called the crown jewel of the U.S. wildlife refuge system. At 2,088 acres, it is home to 400 bird species, including half of the butterfly species found in North America and the endangered ocelot (an estimated 50 live in the United States). Construction of the wall through Santa Ana—which could begin as early as January 2018—would essentially destroy the refuge, a federal official told the Texas Observer. Preliminary work is already underway, with contractors collecting soil samples and drilling.

A federal lawsuit was filed in April because the Trump Administration had failed to conduct an environmental impact study on the proposed wall. The suit—brought by the Center for Biological Diversity and Representative Raúl M. Grijalva (D-Arizona), who sits on the House Committee on Natural Resources—sought to halt work until the federal government agreed to “analyze the impact of construction, noise, light and other changes to the landscape on rivers, plants and endangered species—including jaguars, Sonoran pronghorns and ocelots—and also on border residents,” per an article in The New York Times. The suit has not been settled yet.

Construction on the wall is also underway in locations other than the wildlife refuge. The United States Army Corp of Engineers has begun drilling and taking soil samples in New Mexico, California and Texas. The first prototype will be built this summer in San Diego.