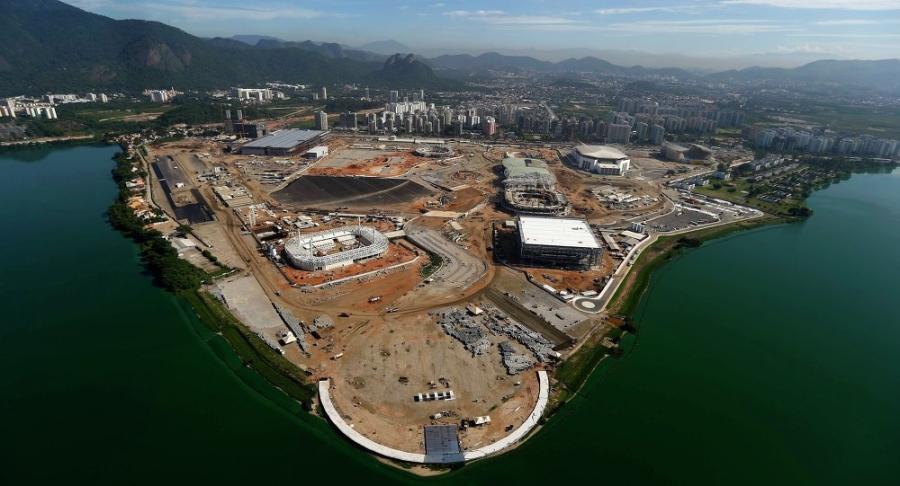 Brazil has seen dozens of politicians and business executives put in prison and uncovered graft at a variety of major infrastructure projects, including in contracts for the Rio Olympics.

For three years, Brazilians have become used to waking up to images of top politicians or captains of industry being perp-walked to police cars, the result of an ever-widening investigation into the sale of favors by the political elite that led to charges against the president.

What began as a probe of money laundering has sprawled into a mega-scandal, primarily uncovering a scheme by construction companies to overcharge in contracts with the state oil company. It has seen dozens of politicians and business executives put in prison and uncovered graft at a variety of major infrastructure projects, including in contracts for the Rio Olympics.

Many Brazilians hoped the “Operation Car Wash” investigation would finally put an end to the country's long culture of corruption. But they increasingly question whether the biggest corruption probe in Brazil's history is really making a dent.

“There is this real tension here between the forces of impunity in Brazil and the forces that are trying to get rid of that impunity,” said Matthew Taylor, a professor at the School of International Service at American University and a fellow at the Council on Foreign Relations. “Brazil has been through an accountability spurt, but it's hard to know whether that spurt turns into a major shift in accountability in Brazil or whether it just peters out.”

There are signs the forces for impunity won't give up without a fight.

On the same day in March that construction company executives were testifying to a federal court about a sprawling scheme to buy favors from Brazil's politicians, President Michel Temer was holding an off-the-books meeting at his home to set in motion his own plot to provide favors for $11.6 million in bribes, according to an indictment filed by the attorney general.

Temer denies the allegation that he arranged with Joesley Batista, then chairman of major meatpacker JBS, to receive monthly payments in exchange for helping the company get favorable government decisions. The two also allegedly discussed buying the silence of a jailed former lawmaker who Temer apparently feared could implicate him.

In another worrying sign, members of Congress tried late last year to pass measures that would make it harder to prosecute corruption, including proposals to grant themselves amnesty and introduce penalties for prosecutors and judges who overreach. Yet another came in mid July, when the federal police shut down the primary task force assigned to the Car Wash probe, saying the officers would be rolled into an already existing division that investigates corruption.

“Brazilians are so tired of not seeing the corruption change,” said Paulo Alentajano, a geography professor who participated in a recent anti-Temer demonstration. “We protest and yet for these politicians it's business as usual. Brazil has a long way to go.”

One problem in such investigations is Brazil's two-tiered judicial system — one track for senior politicians, another for everyone else.

Regular courts have jailed the former governor of Rio de Janeiro state, the former CEO of construction giant Odebrecht and a former speaker of the lower house of Congress, who was once considered the most powerful politician in Brazil.

But sitting senior officials can be tried only by the Supreme Federal Tribunal, the country's highest court, and it has a backlog of 46,604 cases. That means cases can drag on for years, if not decades. In April, the court decided the winner of a 1987 soccer league title. Senior politicians who can hold onto office might simply die before the dragnet closes in.

Alejandro Salas, the regional director for the Americas at the Transparency International watchdog group, said that countries need to work harder at preventing corruption in the first place.

“Big investigations are very important but are not enough,” Salas said. “Car Wash is a mechanism that only works once the people have stolen the money. ... It would be better to not have them stealing the money to start with.”

Judge Sergio Moro, who oversees many of the Car Wash cases, has said he takes inspiration from Italy's “Clean Hands” investigation of the 1990s, which many credit with improving that country's political landscape. Yet recent probes into bribery on major Italian public works projects appear to indicate that corruption remains endemic.

Still, many see major progress, pointing to the fact that even Brazil's president faces a charge of corruption, and has possible obstruction of justice and criminal conspiracy charges looming over him.

“Car Wash is having an effect,” said Sergio Praca, a political scientist at the Fundacao Getulio Vargas university in Rio de Janeiro. “The indictment [of Temer] is a measure of that. If we found out Temer was corrupt and nobody was doing anything about it, that would be a problem.”

The rules of the game are changing, even if politicians haven't recognized it, said Marcus Andre Melo, a professor of political science at the Federal University of Pernambuco and an expert at the Instituto Millenium think tank.

“Some politicians are ... playing according to rules that no longer hold,” Melo said. “In the process of transition ... big sharks will be caught.”

A big test will come during next year's national elections. Observers will be watching for evidence of a reduction in illicit campaign financing, and whether Brazilians punish politicians facing corruption charges. In the past, voters haven't always done so. President Fernando Collor de Mello was impeached for corruption in the 1990s by the lower house of Congress and resigned before the Senate voted on whether to remove him. Today, he is a senator — and again under investigation for graft.

“To expect Brazil to be some sort of paradise, that would be totally outlandish,” Melo said. “But Brazil is already a better country now despite everything, in the sense that justice is being done.”