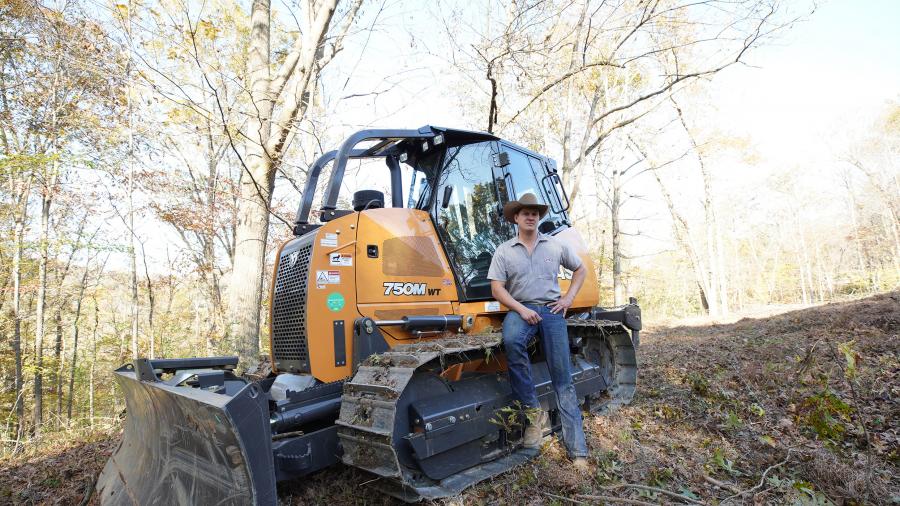 The virtual event (July 19 at 7 p.m. Central) will discuss Pardi’s early years in the construction industry, his current earthmoving projects, his music and his life on the road touring.

The online event will take place July 19, 2021, at 7 p.m. Central and will feature stories of Pardi growing up in the construction industry, his interactions with contest winners who won the opportunity to meet him and to learn how to operate construction equipment, as well as a live Q&A session with Pardi and Case representatives.

This exclusive event follows a contest held online and at concerts in 2019 that brought attention to workforce development demands in the construction industry. It encouraged participants to enter to win a trip to the Case Customer Center in Tomahawk, Wis., to learn how to operate construction equipment.

"The construction industry gave me so much of what I had growing up — work ethic, skills, character," said Pardi. "I think people want to see me writing songs and putting out new records instead of operating bulldozers, but those skills and that way of life build the world around us, and I'm proud to shine a light on jobs and opportunities in the industry."

The live event also will feature technology and footage from earthmoving projects that Pardi is working on at his home in Tennessee. It is open for all to attend — and all registrants will receive a recording of the event after its broadcast. Those interested in attending can register by clicking here.

Jon Pardi was the first Country artist to have two #1 singles on Country Radio in 2020 and closed out the year with the release of Heartache Medication Deluxe Edition, issued on the heels of his first CMA Album of the Year nomination, his second consecutive ACM Album of the Year nomination, and the Platinum-certification of title track "Heartache Medication."

HEARTACHE MEDICATION debuted among the top albums on Billboard's Country Albums chart and was named on Rolling Stone's "Best Albums of the Year" and The Los Angeles Times "Best Albums of the Year" (#4) list as the only country artist/album represented. A "hero in the making" (Variety), Pardi is noted for his "long-lasting mark on the genre" (Music Row) and his impressive ability to carve out his own path creating "the kind of country music multiple generations came to know, and love can still work on a mass scale" (Variety). Filled with fiddle, twang and steel guitar, Pardi continues to "apply new ideas to country's old sounds" (Los Angeles Times) and "bring authenticity back into Country music" (People). Pardi is currently featured on the collaboration duet "Getting Over Him" with Lauren Alaina.