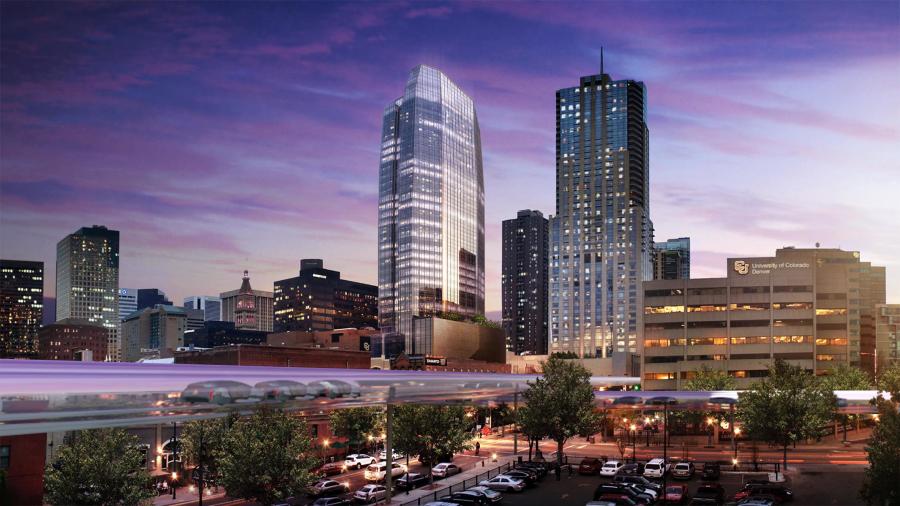 Arrivo will be expanding its corporate operations by building an Engineering and Technology Center in the Denver region.

“Twenty-first Century transportation technology is finally arriving, and Denver is positioned to be the early benefactor,” said Brogan BamBrogan, co-Founder of Arrivo. “Everyone is a winner with our technology. Passengers and cargo arrive quickly and efficiently at extremely low cost. The whole region also wins as our high-throughput enables more total miles traveled to support growth and economic firepower. Arrivo will end traffic and futureproof regional mobility. Now that's a big win.”

Based in Los Angeles, Calif., and now also in Aurora, Colo., Arrivo includes a team of veteran engineers and transportation experts, including early SpaceX engineer BamBrogan. Arrivo also will be expanding its corporate operations by building an Engineering and Technology Center in the Denver region. This will feature a full-system test track adjacent to the E-470 Toll Highway where the proposed first commercial leg of the Denver network will be built.

“Colorado's rapidly growing population and booming economy makes for the ideal location for the development of an Arrivo system,” said Gov. John Hickenlooper. “Arrivo's additional decision to locate their test facilities, adding up to 200 employees by 2020 and $10 to $15 million to our economy in 2018, is a testament to the culture of innovation that drives our economic engine.”

Unlike the hyperloop model, Arrivo is focused on regional distances, providing high-speed travel to connect every part of a super-urban region such as Denver in less than 20 minutes. Engineered for maximum versatility, the Arrivo system propels four models of vehicles that serve different passenger and cargo needs through an enclosed, electromagnetic superhighway. The technology uses magnetic levitation to make the vehicles float, and electric power to move them forward. Additionally, Arrivo's proprietary technology keeps the system moving at full speed and delivers each vehicle directly to its destination.

“Arrivo's system is an additional layer of transportation designed to complement existing modes of transportation, connect with the airport, the metro, and even allow people to use it with their own car. The residents, visitors and businesses of Denver will now have a new tool to be anywhere they want to be,” BamBrogan said.