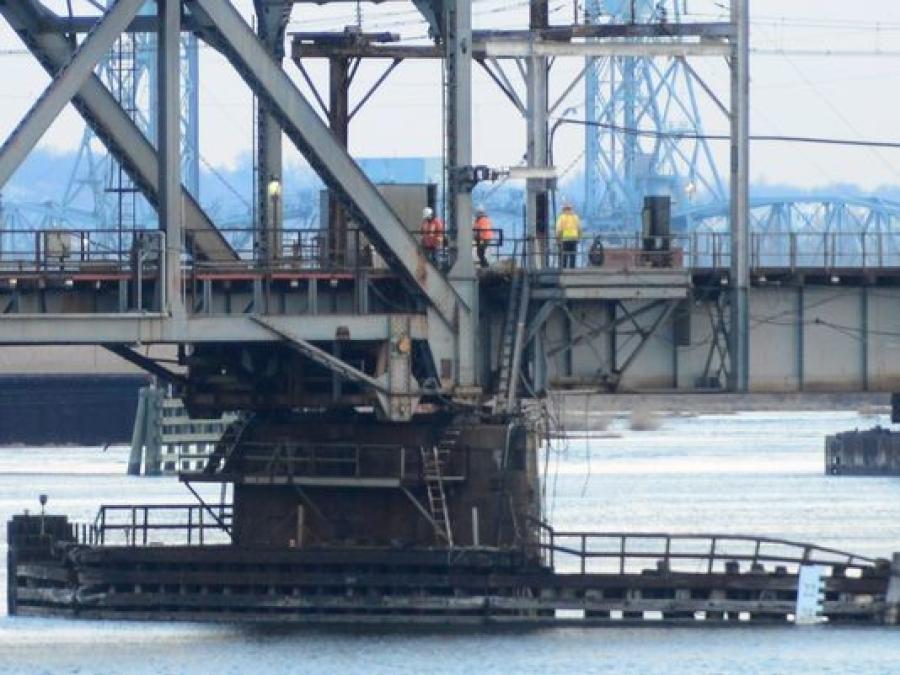 NEWARK, N.J. (AP) As a tug of war over funding a multibillion-dollar rail project continues in Washington, the perils facing Northeast Corridor commuters were brought into stark relief again March 16 when a century-old bridge malfunctioned, suspending train service for hours in and out of New York.

The Portal Bridge just outside Newark became stuck around 4:20 a.m. when workers couldn't get it to realign after performing maintenance work. The bridge is a swing bridge that is opened periodically to allow boats to pass underneath.

One track reopened around 8 a.m., while a second was back in service about 45 minutes later. A power failure contributed to the problem, Amtrak board chairman Tony Coscia said at a meeting for the development corporation overseeing the rail project.

A new bridge is part of the first phase of the Gateway project, along with a new rail tunnel into New York. Local officials have been at loggerheads with the Trump administration over how to foot the estimated $13 billion bill for a project that's critical for service throughout the Northeast Corridor.

Transportation Secretary Elaine Chao told a House committee that Trump was actively seeking to kill the tunnel project unless the states commit more money. New York and New Jersey both are seeking low-cost federal loans for half the cost, and federal grants for the other half.

The estimated $1.5 billion bridge replacement project has finished the design and environmental permitting phase and is ready to start construction as soon as funding is available.

Its prospects took a hit recently, however, when the Federal Transit Administration downgraded its rating from medium-high to medium-low, which could make it more difficult to compete with other projects around the country seeking federal dollars.

The Amtrak-owned span carries about 450 trains each day to and from New York.

“You're competing for a limited pool of money in a grant process,” interim Gateway Development Corp. Chairman John Porcari said. “We believe the downgrade was not justified, and that the additional information that we have been providing makes a strong case for a medium-high rating which will allow the bridge to compete well.”

The development corporation has eyed mid-2018 to start construction on the bridge, and mid- to late-2019 for the tunnel. Final environmental approval on the tunnel could come as early as the next few weeks.