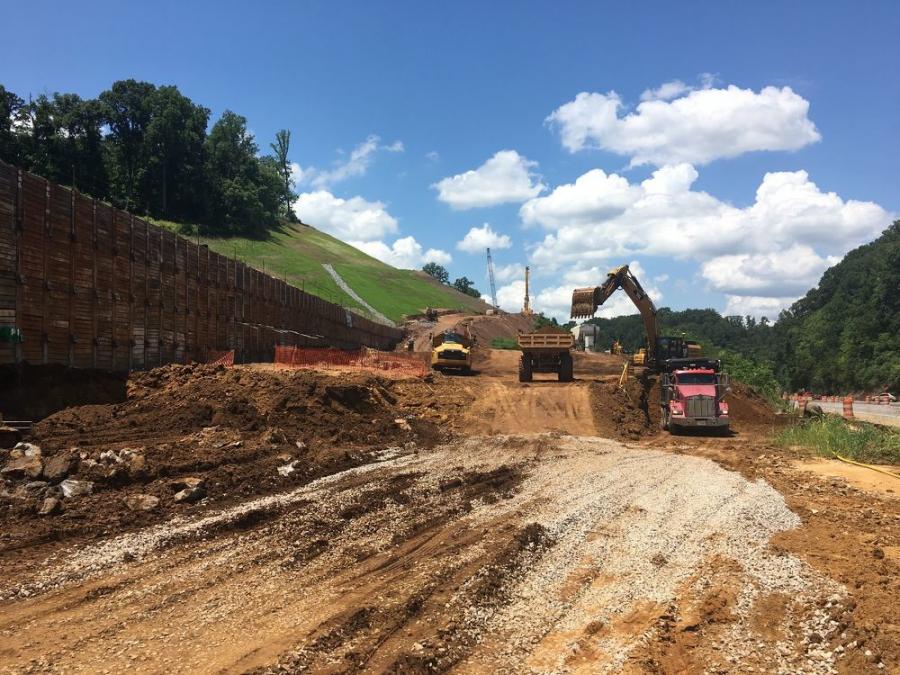 Construction on the Alcoa Highway began in April 2016 with an estimated completion of mid-2023. (Tennessee DOT Region 1 photo) 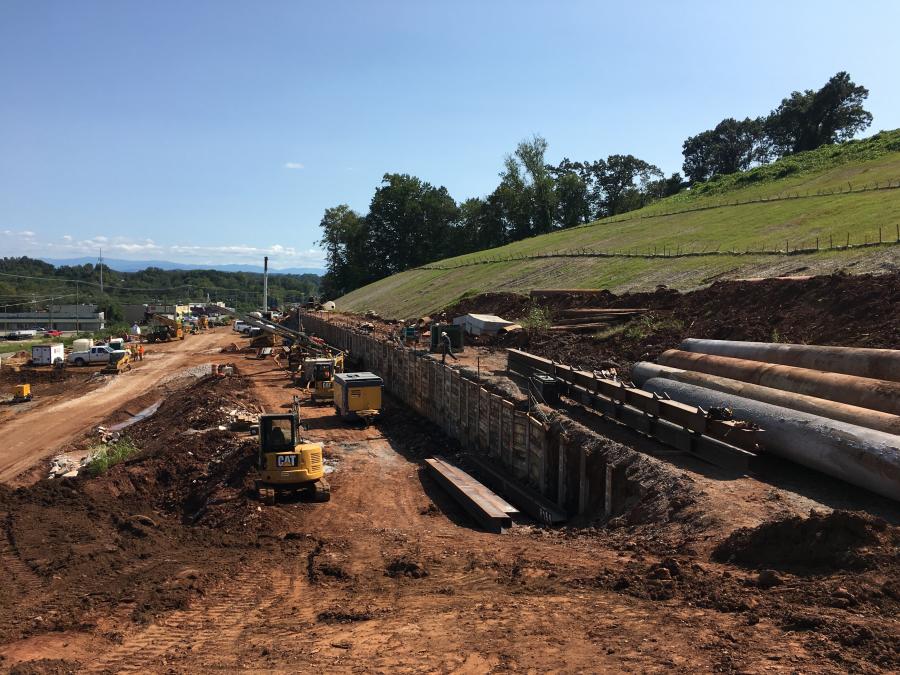 Work entails $300 million in improvements, including reconstruction and widening of what TDOT terms an "urban principal arterial roadway" on the National Highway System. Not only does the corridor serve as a major connection between the cities of Knoxville, Alcoa and Maryville, but it also is a frequented route to McGhee Tyson Airport and the Great Smoky Mountains National Park. The heavy flow of traffic comprising local residents and businesses as well as airport commuters has caused rising capacity concerns.

The current construction will help address all of that, resulting in increased capacity, improved safety and correction of any other roadway issues. Additional goals included minimizing impacts to environmental resources within the project area and improving pedestrian and bicycle connectivity. Considering the size of the project, the area is divided into seven smaller phases — four in Blount County and three in Knox.

The new plans will help separate local traffic from commuter through-traffic, while allowing access to local businesses. New interchanges will be constructed for access to other areas, including McGhee Tyson Airport, a planned development in Alcoa, and part of Alcoa Highway referred to as the Motor Mile, along with a new pedestrian greenway. Commuters will see widening of part of the highway to three lanes in both directions, with 12-ft. shoulders and a concrete median barrier wall.

Tracie Widner, the construction supervisor managing the projects in Knox County, shared there are three projects overall under construction at the moment and the other four are in some stage of design and right-of-way acquisition. As transportation projects are developed in three phases — preliminary engineering, right-of-way (ROW) and construction — each phase of the project is in different stages of work in progress at this time.

Construction began in April 2016 with an estimated date of completion for mid-2023. In consideration of the vast area affected by roadwork and the residents impacted as a result, TDOT has hosted public outreach prior and during construction, providing information on plans and upcoming detours so as to not heavily disrupt traffic. Work first commenced on the stretch from Maloney Road to Woodson Drive in Knox County. 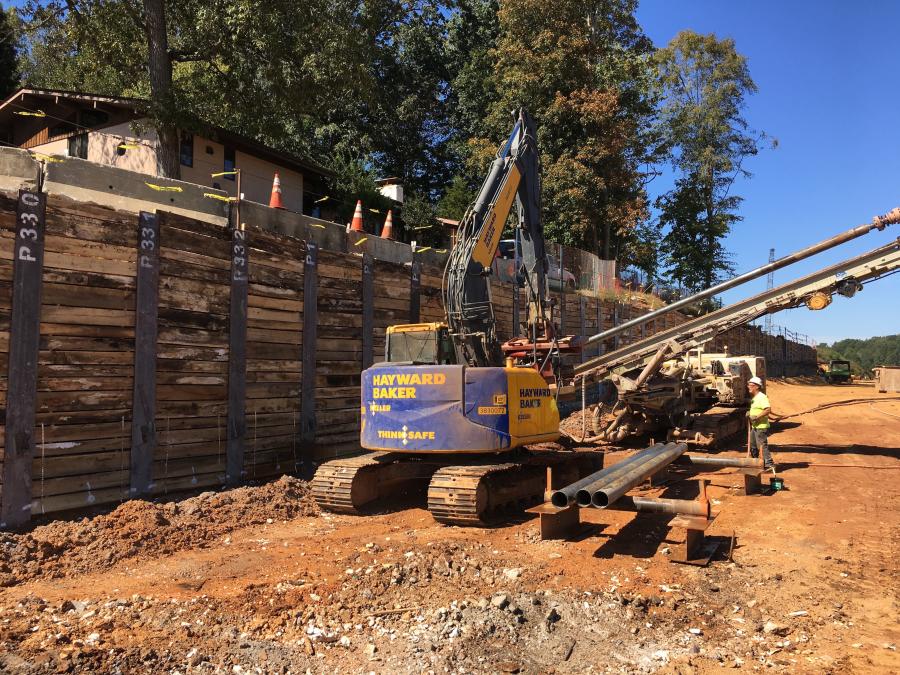 "There's also a lot of fast-moving traffic so that certainly has been a challenge," said Widner.

But it appears work has continued at a steady pace despite the pandemic last year, and consistent updates are being shared on the TDOT timeline as the project progresses.

This section follows the existing alignment, widening the roadway to six lanes (three in each direction) with a concrete median barrier wall. Interchanges and frontage roads provide safe access to other local roads, businesses and neighborhoods. A new interchange at Montlake Drive; three new bridges to provide connection to the new frontage roads; and three roundabouts were part of the construction.

A greenway along the southbound section provides a connection between the two counties. The second section under construction in Knox is from north of Little River to south of Maloney Road. This stretch of 2.2 mi. will see improvements following the existing alignment and consist of widening the existing roadway to six lanes (three in each direction). Two new interchanges are planned and no left turn movements will be allowed.

This redesign provides access to Alcoa Highway via on- and off-ramps. Four new bridges provide connections to either access ramps or frontage roads. Special measures will be taken to minimize impacts to utilities, the railroad, and lakes and streams in the area.

"Weather was a concern for some of the excavation being done to widen the corridor and several retaining walls were being installed," said Widner, when asked about any obstacles to progress.

The current contract for the three projects under construction was awarded to Charles Blalock & Sons Inc. in charge of everything from asphalt and paving, and building materials and supplies, to concrete, road construction, trucking and utility installation. As general contractor, they performed all road, bridge and retaining wall construction and related grading, as well as providing pumping, rock slinger services, precast panels for retaining walls and some concrete. 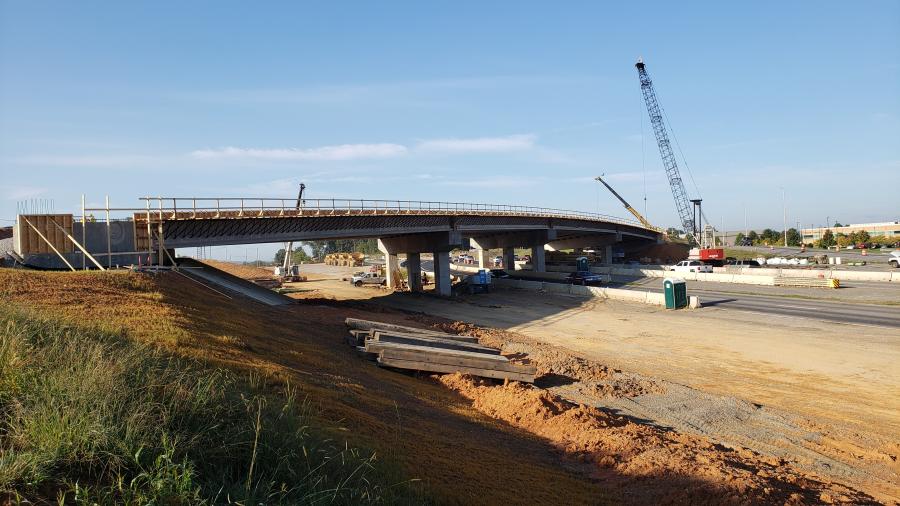 Multiple subcontractors have been recruited to work on paving, excavation, signs, striping, guardrail, hauling and other related work activities. Temporary shoulder and lane closures, lane shifts and reduced speed limits were implemented to ensure safety for workers and commuters. In Blount County, the stretch from Hall Road to an interchange proposed at Tyson Boulevard includes realignment and reconstruction for 1.5 mi.

This includes an overpass at the Hunt Road junction, where the bridge structure has been deteriorating from serving almost 10,000 vehicles daily. The old bridge is a 280-ft.-long concrete and steel structure, but the new bridge will be a pre-cast, prestressed bulb-tee concrete superstructure with a concrete deck that is 493 ft. 6 in. in length and nearly 74 ft. in width. The new alignment will be a four-lane, controlled-access facility, allowing for two lanes in each direction with no signals or intersections.

Stacy Weaver, TDOT region 1 project development manager overseeing the roadway projects in Blount County shared that the completion of the entire project depended on state and federal funding for each phase. Speaking on the environmental impact to Blount County, he said, "There were some major impacts to the Russell Branch tributary, other wetland impacts, and some from a noise aspect in certain sections of Alcoa Highway to accommodate but we study that as part of the environmental process and mitigate it as we go."

When all construction work associated with the Alcoa Highway, originally built in the 1960s, is finally completed in a few years, the entire stretch will experience a streamlined flow of traffic on a roadway that can handle the capacity demanded of it accompanied by updated infrastructure. Until then, the TDOT teams and contractors are hard at work to ensure the project progresses in a timely manner while ensuring safety for all. CEG