Children's of Alabama Campus to See Expansion in Birmingham 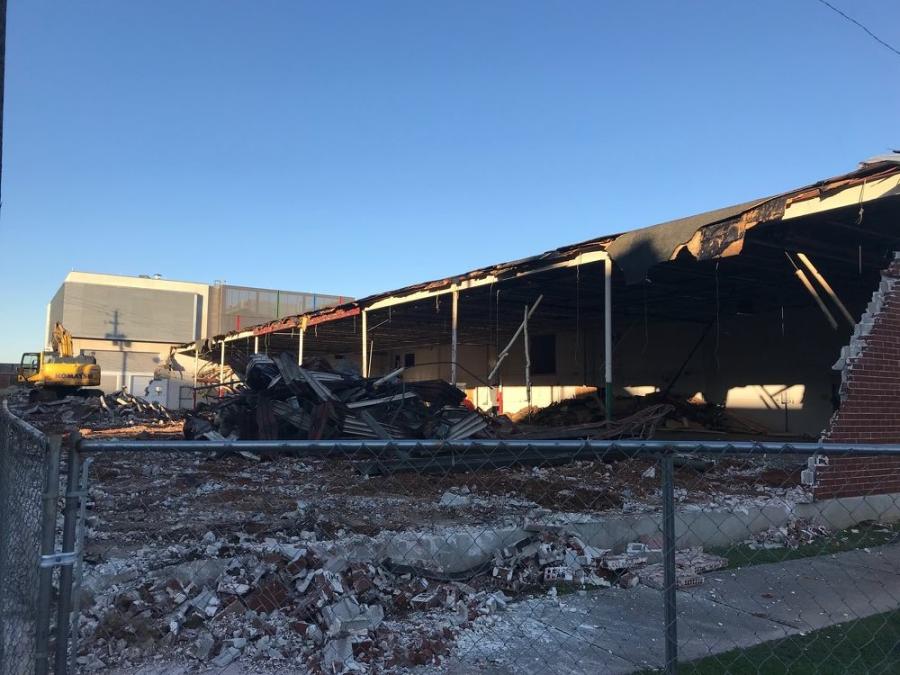 The Children’s Board of Trustees approved construction of the 12-story parking deck and 115,000-sq.-ft. office building last August.

Construction is set to begin on a new office building and parking facility at the Children's of Alabama campus in Birmingham on Fourth Avenue South.

The Children's Board of Trustees approved construction of the 12-story parking deck and 115,000-sq.-ft. office building last August. Brasfield & Gorrie is serving as the construction manager and Williams Blackstock Architects as the architect for the project, which is estimated to cost $54 million for construction.

Previously, the lot was used for surface parking for Children's employees and also was the site of a hospital warehouse. The warehouse was recently demolished and the parking lot vacated.

“The demolition was conducted in standard fashion using a track-hoe, and went as planned,” said Brasfield & Gorrie Senior Project Manager Paul Garrick. “The demolition of the rest of the site, including the parking lot, will start at the beginning of the year once we mobilize for construction.”

The parking deck will provide 1,500 parking spaces and will be located between 16th and 17th streets on the Children's campus. The six-story office building will be on the Fourth Avenue side of the project and will house non-clinical support services, many of which have been located off Children's main campus since construction began on the Benjamin Russell Hospital for Children building in 2008. The project is slated for completion in the Spring of 2019.

“This project will help to relieve parking congestion on our campus,” said Mike McDevitt, Children's executive vice president for facilities. “By adding this much-needed parking for staff, we can also dedicate space closer to the hospital itself for our patients' families and visitors. There are many days, especially during cold and flu season, when our current parking is, quite frankly, inadequate.

“Likewise, we expect the project to allow us to bring the more than 200 staff members currently housed off site back to campus, and, we hope, continue to contribute to the outstanding growth of Birmingham's Parkside District.”

Construction on the two projects will take place simultaneously, said Garrick. The two structures will be connected via a pedestrian bridge across 4th Avenue South to Children's existing Park Place building and serve as a connector to all of Children's Russell Campus facilities. The new construction will be served by Children's existing Central Energy Plant (CEP) at the corner of 16th Street South and Fourth Avenue South.

“We are pleased our Board of Trustees has committed to a project that will complete the Children's campus and put us in the position to respond to the healthcare needs of Alabama's children and their families for the next 10 to 20 years,” said Mike Warren, Children's CEO and President.

“Just five short years ago, Children's completed our new facility, The Benjamin Russell Hospital for Children,” said Walker Jones, chair of Children's Board of Trustees. “This impressive facility helped to change the Birmingham skyline and to reaffirm our commitment to downtown and the Medical Center District, and, in our opinion, became one of the catalysts helping to spur growth in the Parkside District.”

Children's campus facilities total more than 2 million sq. ft., making it the third largest pediatric medical facility in the country, according to a press release. In 2016, there were more than 676,000 outpatient visits and more than 15,000 inpatient admissions at Children's.