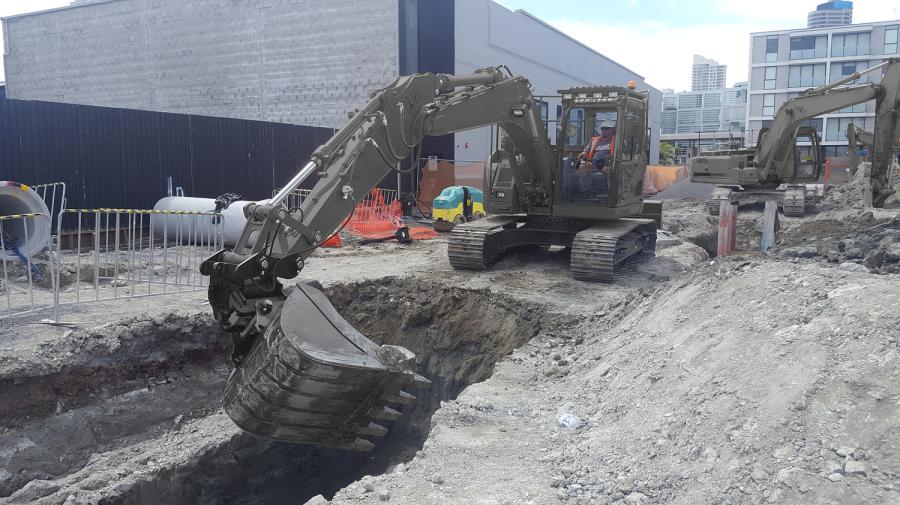 Tilt couplers from Kinshofer easily pair with buckets, rippers, rakes and grabs as well as a wide variety of demolition, recycling and railroad attachments. (Kinshofer photo)

The tools used in the construction trade are wide ranging and constantly improving. Sledgehammers evolved to handheld breakers, and shovels gave rise to excavator buckets. Manufacturers are always looking for new ways to improve productivity and safety in the tools contractors use every day.

Quick couplers are no different. These aftermarket excavator add-ons increase efficiency by eliminating the need to manually remove mounting pins, greatly reducing the time it takes for excavator operators to switch between attachments. Like all other tools, quick couplers are constantly evolving. When making a purchase decision, consider the application, hydraulic or mechanical configurations, safety features and additional performance features and benefits like tilting capabilities and fully hydraulic operations.

Convenience With a Coupler 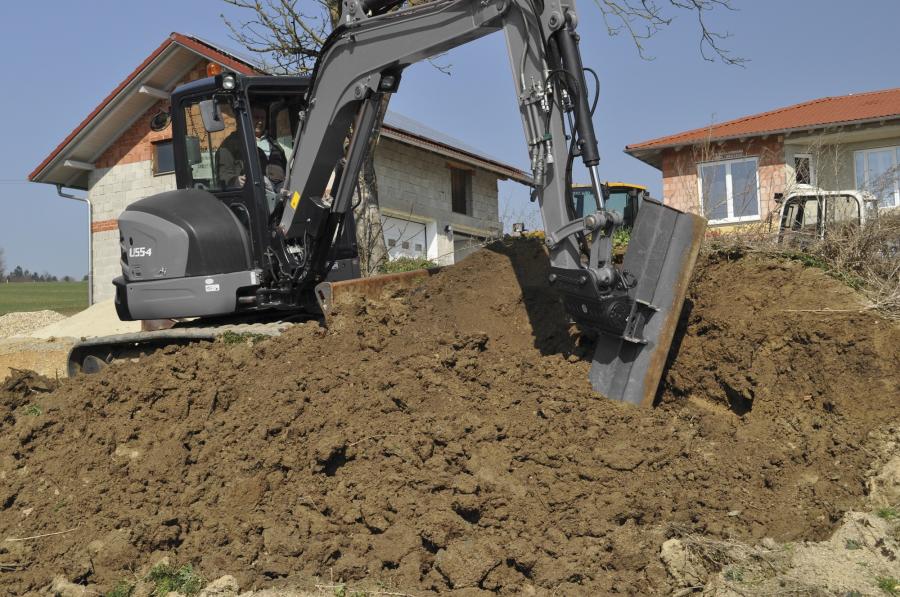 The ability to tilt an attachment is an added feature to consider when selecting a coupler. (Kinshofer photo)

Like many other aftermarket products, a quick coupler is an investment that adds convenience and flexibility to a fleet in just about any application. Without a coupler, switching between a bucket, ripper, rake, mechanical grabs, etc., can cost valuable time. Although couplers might make the machine heavier and slightly reduce the breakout force, they increase the speed and agility of attachment changeout. Considering traditional changes can take up to 20 minutes, a quick coupler can save operators time and energy on today's complicated job sites where they might be required to change between attachments several times to complete a task. If an operator is utilizing different attachments upwards of 10 times per day, the downtime making the change can add up significantly. In some industries, including canaling, operators can switch between a bucket and a compactor plate upwards of 100 times per day.

If operators are switching out attachments every couple of days rather than every couple of hours, there may not be a need for a coupler. But if a contractor is using a variety of attachments throughout the day or wants to increase productivity with one machine on a site, a coupler is a must-have. An operator may not switch attachments frequently because he doesn't want to leave the cab. But utilizing the wrong attachment for the wrong work will increase wear.

Most manufacturers offer couplers in two configurations: hydraulic or mechanical. Each has its advantages and disadvantages, including size, cost and operating system. 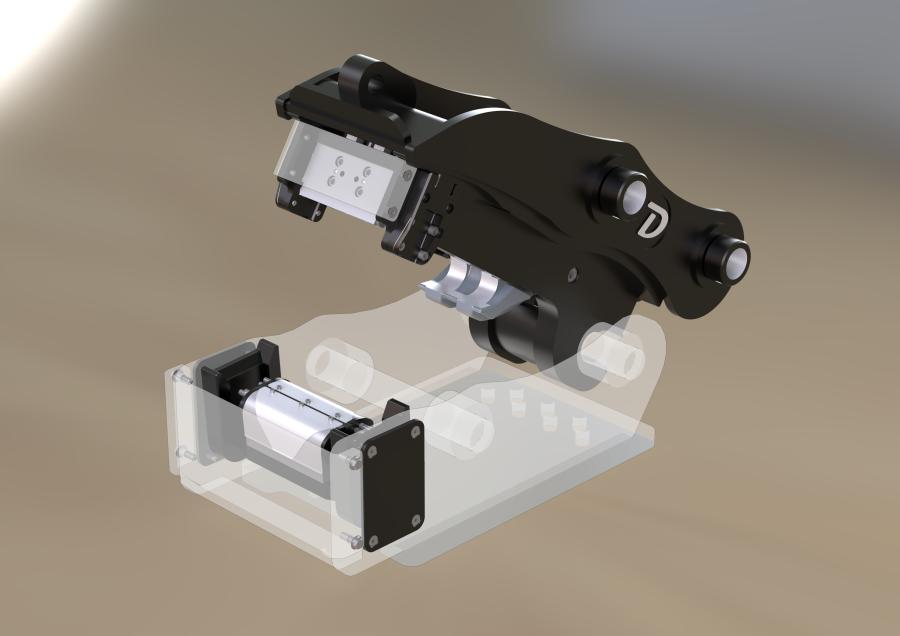 Kinshofer's SmartFlow system is fully hydraulic, allowing users to change hydraulic attachments safely and efficiently. Up to five hydraulic circuits can be coupled comfortably from the driver's cab. (Kinshofer photo)

A mechanical (or manual) coupler has its benefits: lower cost, fewer components and a lighter overall weight. They're typically the best choice if a job doesn't require multiple attachment changes daily, or if price is the most critical consideration. Mechanical couplers have a similar purchase price to hydraulic couplers, but the required complex installation often presents a large difference in fees.

With a mechanical coupler, however, convenience and safety are compromised. Operators are required to physically leave the cab of the machine and use manual force to position the pin into place, causing the changeout process to take longer. It often involves two workers, and is an overall more difficult process. With a hydraulic coupler's ease-of-use features, operators save time and effort by completing the process from inside the cab. This improves efficiency and safety.

Most coupler-related injuries are the result of an operator not properly securing the safety pin on semi-automatic or manual models. Numerous injuries, some resulting in fatalities, have occurred as a result of poor coupler connections and dropping buckets. According to a study conducted by the U.S. Occupational Health and Safety Administration, in the United States alone there were 15 injury accidents between 1998 and 2005 involving the unanticipated release of excavator buckets from quick couplers on hydraulic excavators. Eight of those accidents resulted in fatalities. 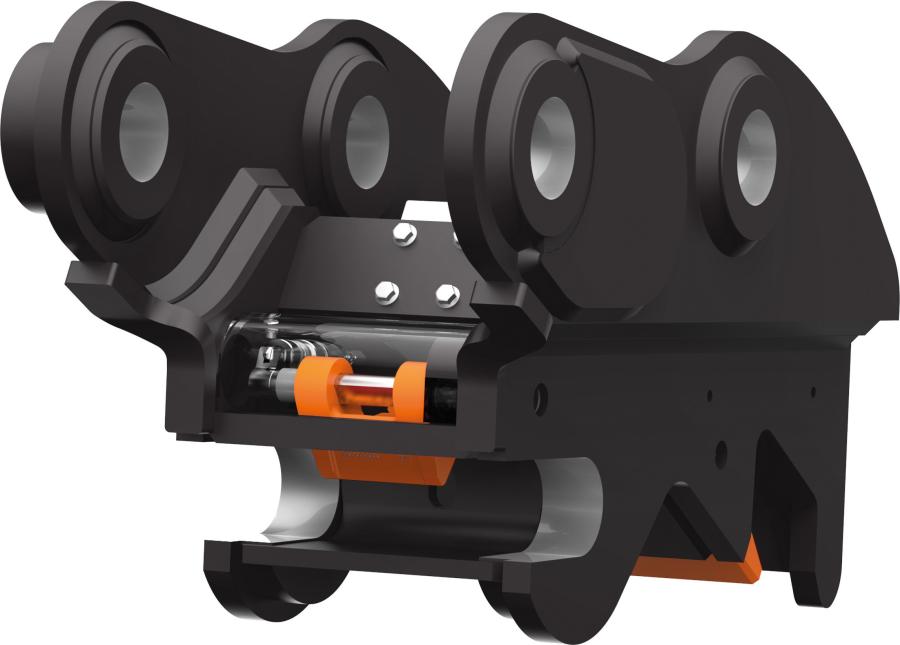 Failure to properly engage and lock the coupler is likely the cause in most cases. It commonly involves the unintended release of a bucket or other attachment from quick couplers, according to a 2005 OSHA bulletin. The report states that unintended releases tend to happen because users may not be aware of the hazards, they fail to properly insert locking pins, or they have insufficient training on installation and testing procedures. To decrease the likelihood of accidents, manufacturers developed solutions in hydraulic couplers to ensure proper engagement and minimize the possibility of injuries from operator error.

While a hydraulic coupler doesn't eliminate all risk of dropped buckets, there are features that make them a safer option than mechanical couplers for preventing worksite injuries.

To ensure operators engage the locking pin correctly, some systems feature red and green LED lights as well as a warning buzzer that indicate whether the pairing was successful. This heightens operator awareness, helping them manage the system and prevent highly hazardous situations by alerting them if the attachment is not properly attached.

Since most serious accidents occur within the first five seconds of latching the attachment, some manufacturers have added features that make it virtually impossible for operators to unintentionally drop attachments.

One of those features is a wedge-locking principal to combat improperly locked pins. This requires the coupler to connect to the attachment in two separate places. This constant applied working pressure continuously readjusts the wedge, keeping both pins firmly against the quick hitch and the attachment securely in place.

Advanced designs offer a safety knuckle that securely latches instantly and automatically onto the first of two pins. This prevents the attachment from dropping, even if the operator forgets to complete the process. The safety knuckle works independently from the wedge that secures the second pin, preventing the release of the first pin, even if the hydraulic system fails. Operators change attachments by first releasing the wedge, then placing the attachment in a secure position on the ground before releasing the safety knuckle.

For added safety, look for a time-out feature offered by some manufacturers that automatically re-engages the safety knuckle. If the operator doesn't fully detach the safety knuckle within the time-out window, the knuckle re-engages itself. This timing feature, which is customizable but usually occurs after five to 12 seconds, helps to prevent dangerous situations. Without this feature, there's increased risk of the operator forgetting the attachment is unlocked and dropping it, either after lifting it off the ground or after unlocking it in the air.

Simply adding a standard coupler to a fleet can save time and money, but there are additional features that can increase productivity even more.

Some hydraulic couplers and their paired attachments deliver 360 degrees of rotation. For added capacity, some manufacturers offer a universal joint that also tilts — often known as a tiltrotator. Couplers of this nature pair continuous rotation with tilting capabilities, making them even more efficient and productive than a standard coupler. They're often built with a streamlined design, making them ideal in tight areas and applications like road construction, forestry, landscaping, utilities, railway and city snow removal.

Tiltrotators can cost a bit more and weigh more than a standard hydraulic coupler, so consider the features of each before selecting one.

Another aspect of couplers to consider is whether or not the equipment is fully hydraulic. Some manufacturers have developed a system that includes up to five hydraulic circuits that can be coupled comfortably and safely from the driver's cab. A special locking system absorbs the resulting spreading forces between the valves, without transferring them to the quick coupler. A fully hydraulic device allows for quick changes without extra manual effort. A system of this nature represents the next logical step for couplers, and the fully hydraulic direction of development will likely result in even greater safety standards.

As tools and technology evolve, companies are presented with more and more options. Efficiency and safety often go hand in hand, and they're both equally important. Luckily by analyzing applications, understanding the risks and optimizing the system for the company's specific needs, contractors can find a quick coupler that can both enhance efficiency and improve safety.