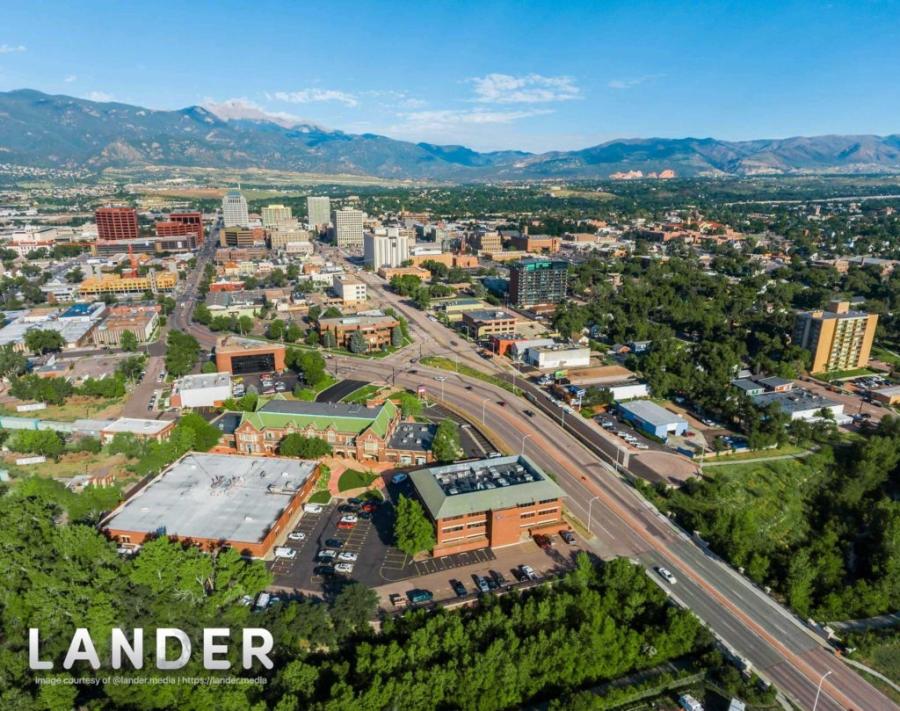 Hyperloop, a term coined by SpaceX and Tesla CEO Elon Musk, is a concept that describes an evacuated tube based transit system that could move people and cargo between city megaregions in a matter of minutes. (Lander photo)

Regional leaders gathered to sign a letter of support for the Hyperloop Advanced Research Partnership (HARP) to help bring commercial Hyperloop technology companies to the front range of Colorado. A community conversation was held on Aug. 16, 2017, to discuss the opportunity for the future of the Pikes Peak region. HARP was invited to present their visions for the future of tube transit development in Colorado.

With this letter, the Pikes Peak region becomes the first in the nation to sign written support for commercial Hyperloop development, and asserts support for an eventual commercial track in a “major economic corridor.” This letter encourages active research, development, construction and investment from tube transportation companies to prove out the economic value of such technology along the front range.

The Hyperloop Advanced Research Partnership is the non-profit research organization for the Hyperloop industry. Hyperloop, a term coined by SpaceX and Tesla CEO Elon Musk, is a concept that describes an evacuated tube based transit system that could move people and cargo between city megaregions in a matter of minutes.

These announcements exist alongside other publicized proposals from Colorado Department of Transportation (CDOT) and AECOM (a global architecture and engineering firm), Colorado Hyperloop and the Rocky Mountain Hyperloop Consortium, which were all winning entries in the Hyperloop One Global Challenge.

Hyperloop One has not yet announced whether these entries will be selected for final development — or whether such selection would result in actual commercial track construction along the front range.

The surprising amount of public and private support from so many entities in collaboration suggests that Colorado aspires to be the epicenter of Hyperloop development in the United States.

“Tube transportation is a bold new technology that will expand economic opportunity, reduce highway congestion and strengthen critical infrastructure resilience. The leaders of the Pikes Peak region also understand the potential of Hyperloop technology to improve access to new markets and enhance security, safety, and quality of life,” said Dane Egli, former director of the National Security Council at the White House, and current president and co-founder of HARP

This letter of support is an unprecedented milestone in the commercialization of Hyperloop technology in the United States. The technology will soon be proven at full scale. There is no lack of engineering and development work needed before a commercial track can be built. With this public leadership, the future of this new mode of transit has found a welcoming home in Colorado. This letter puts Hyperloop technology one step closer to moving people.