The study, 2017 ICPI Industry Sales Profile, surveyed 25 manufacturers representing 24 percent of the producing companies in the U.S. and Canada. 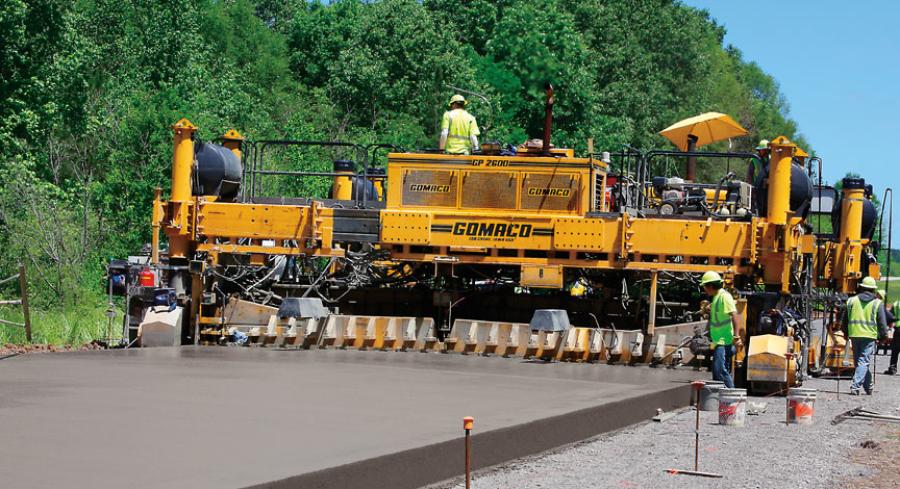 Sales of all pavers in the U.S. climbed 5.5 percent during 2016, while Canadian sales declined slightly by 1.3 percent. In all, 77.7 percent of sales were to the residential market.

Sales of all pavers in the U.S. climbed 5.5 percent during 2016, while Canadian sales declined slightly by 1.3 percent. In all, 77.7 percent of sales were to the residential market.

The study noted that continued low interest rates and energy costs, a slight increase in new home construction, modest growth in infrastructure investments by the public sector, and increases in commercial construction all contributed to the growth of the U.S. segmental concrete pavement industry. Canada presented a mix of growth or slight contraction depending on the region, thus impacting paver sales, according to the report.

Companies participating in last year's survey reported a 15.4 percent increase in the U.S. and 8.9 percent growth in Canada during 2015.

"Overall, the segmental concrete pavement industry in the U.S. and Canada is strong," said Matt Lynch, ICPI Board Chair. "A favorable economic climate continues supporting paver sales in the U.S. Despite the slight decrease in Canada during 2016, Canadian paver sales are still up more than 7 percent since 2014. We also are seeing a positive impact on companies that supply materials, equipment and services to the concrete paver industry, including manufacturers of paver producing machines."

In the U.S., concrete paver sales (as defined by ASTM) expanded 4.5 percent, while sales of units designed for permeable interlocking concrete pavement (PICP) applications increased 20.2 percent. This represents a combined increase of 5.7 percent from an estimated 595.5 million sq. ft. in 2015 to approximately 629.4 million sq. ft. for 2016.

In all, 62.6 percent of PICP was used in commercial and municipal projects, while 37.4 percent was sold in the residential market. The market share of residential PICP sales increased 6.0 percent during 2016.

Paving slab sales grew a combined 9.6 percent in the U.S. and Canada, with the U.S. sales leading the way at 13.0 percent. In all, 25.9 percent of paving slabs was sold to commercial, municipal and industrial applications, up slightly in 2016.

"While PICP remains a hot concrete paver product in the U.S., paving slabs continue to grow significantly in both the U.S. and Canada," said Lynch. "ICPI is working diligently to help establish product standards and installation/maintenance best practices for PICP and slabs."