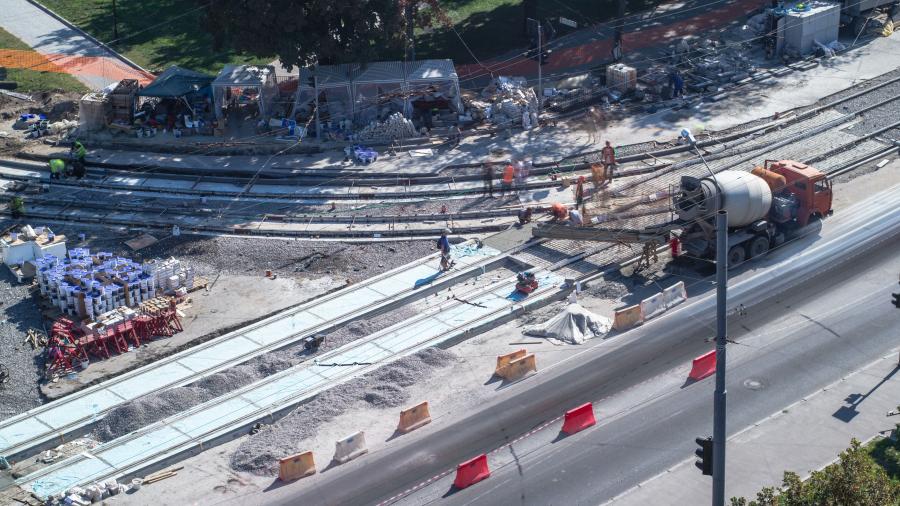 The concrete shortage causing backups this year is attributed to cement mixer availability. The mixers are limited in how much product they can supply because of a lack of ingredients.

The supply shortages hitting the cement and concrete sector are consistent with nationwide construction materials bottlenecks, but are more severe in certain parts of the country. The Portland Cement Association (PCA) reports shortages in 18 states and attributes the issue to increases in global product demand and residential construction here at home.

Supply-chain issues have long plagued the construction industry, dating back to before the pandemic.

But the concrete market in particular has been hit hard as a result of several factors.

Today, cement mix is in short supply creating problems reported in areas such as northeast Indiana and northwest Ohio

Some contractors are estimating double the cost of completing projects while others report delays in scheduling that mean the loss of state funding.

No Signs of Letting Up

According to a report by wpta21.com the shortage is causing backups for contractors relying on concrete mixers to make the concrete.

The mixers are limited in how much product they can supply for lack of ingredients.

"The concrete shortage is showing no signs of letting up anytime soon," reported the Indiana television station.

That situation is causing continued delays for both major local construction projects and home improvements.

In Evanston, Ill., Kelvin Co. owners Paul and Kimberly Boynton report that increasing demand for concrete, coupled with the supply chain issues, have affected their business.

They told Evanston RoundTable that a local IUOE strike this summer slowed down work all over the Chicago area, including their customer territory.

A built-up demand for concrete on priority highway projects has hit an already-sluggish supply chain and forced suppliers to cut production.

Kelvin's concrete supplier Ozinga served notice it had to close plants on Saturdays. 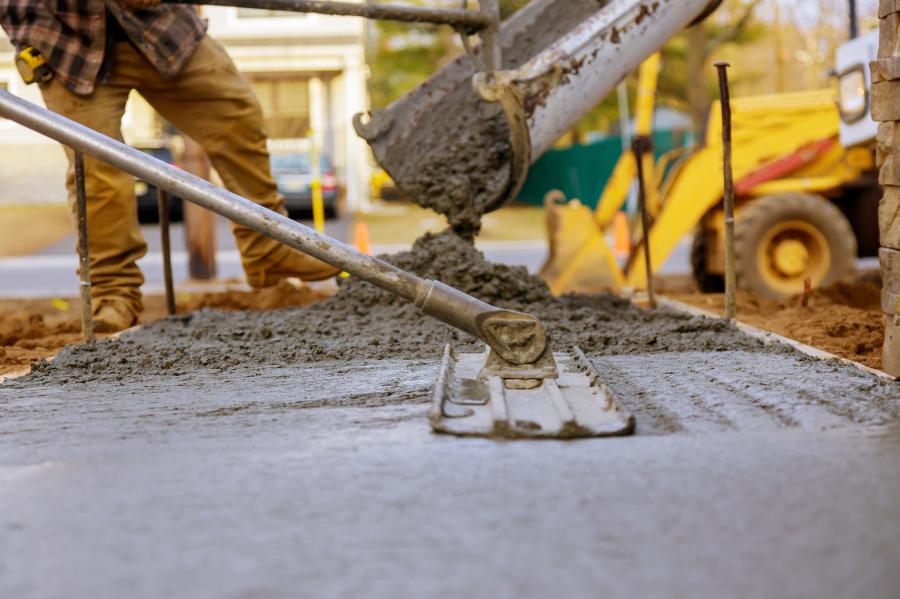 By late summer, the plant had started taking fewer orders and limited the amount of concrete customers could order.

"We need to pump the brakes in order not to put ourselves in a position of running out of material mid-pour," Justin Ozinga said.

Companies in the Louisville, Ky., area were struggling to get enough cement this summer.

Ron Hartman, vice president of sales of Ernst Concrete, told wdrb.com that the Louisville area was facing challenges in acquiring the material.

"Cement is the one thing you've got to have to make concrete," said Hartman, vice president of sales. "There's only so much of it being made right now, and the current demand is pushing supply to its limits."

He said though the situation was serious, Ernst was not hit as hard as other companies.

"In our area, the issue is mainly due to one of the cement suppliers having a breakdown," he reported back in May. "It's caused issues with the people that were buying directly from them."

He said his company has been able to keep up with demand but has been put on allocation. Patience is key.

"You may not get what you want when you want, but you are going to get it," he said. "And that is the main thing right now. Just be patient, work with us and everybody in the industry. All the other producers are doing their best to work with everyone else."

But other contractors expressed frustration in simply lining up jobs.

"It's so hard to schedule jobs because we can't get concrete," said Miguel Hernandez, referring to residential pours.

"Not much we can do without a foundation, that's for sure," Billy Doelker, owner of Key Homes, told wdrb. "We're being told there's a cement shortage. Some concrete suppliers seem to be having more issues with it than others."

He said historically, contractors could call today and get cement delivered the next day.

This summer, local contractors were having to schedule delivers five and six days out at a time.

Doelker said he was told to expect the situation to remain for the rest of 2022, but the local industry is hopeful things will turn around before then.

"This isn't going to last forever," Hartman said. "Hopefully, it is short-term, and everybody's doing their best to get everything going again."

In Woodfield, Ohio, Amy Zwick, county engineer, met with commissioners in early September to discuss delays in a county road project because of higher material and fuel costs.

The timesleaderonline.com reported that among bids received for the project was one set at 55 percent above the original estimate due to cost increases in fuel, asphalt and cement.

She said three stabilization projects were subject to delays because of the shortage.

"The biggest driving factor we think is cement shortage," said Zwick. "So, cement producers are prioritizing ready-mix plants and any cement they are able to produce and ship are going to ready-mix plants first."

As a result of the bid amount and the lack of funds to cover it, the county road project was not awarded.

This summer, it was predicted that cement shortages would delay road projects nationwide.

"Traditionally, concrete is fairly easy to line up on a project," said Kyle Althoff, director of construction of Quality Concrete, Fargo, N.D.

But the traditionally easy-to-schedule task has been difficult this entire construction season.

"Cancel pours, move them back, the schedule just kind of keeps walking in the wrong direction," he told inforum.com, and the delays are affecting projects.

The delays are what they are, said Dave Grausam, vice president of Kost Materials, who expects concrete paving projects along I-29 to take longer to complete.

Grausam admitted that the company is "burning" through its backup cement supplies this summer, and said he fully expects slow-downs. "It will get done, but there will be delays."

He expects the cement shortage to start improving a little less than a year from now. 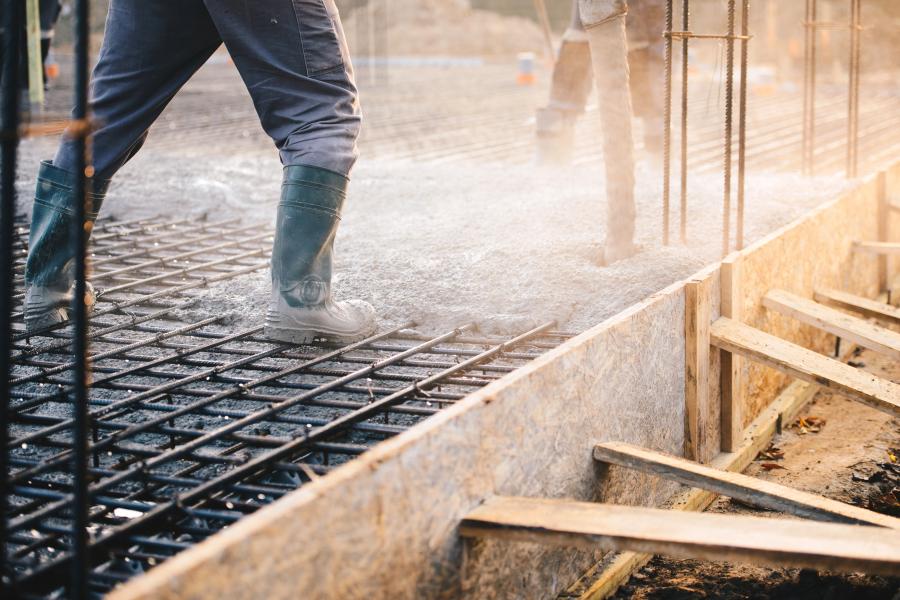 The shortages are forcing builders to scramble to be keep projects on schedule.

Edward Sullivan, vice president of economic research of the PCA said that the shortages are being felt "from Massachusetts to Florida with the exception of Pennsylvania, New Jersey and Delaware."

The widening swatch stretches as far west as the Mississippi River, "touching Alabama, Mississippi and Louisiana," he added. "California and Nevada are also affected."

Sullivan said in a Builder.com article all this must be looked at in the context of a strong economy.

He believes product demand will likely improve, "which implies inventories will remain lean."

Right now, though, "about 43 percent of the major areas of U.S. consumption are under shortage conditions," Sullivan said. "Each one of the areas impacted has shown an increase in demand or a heavy reliance on imports."

"We are having to order concrete 16 to 18 days in advance, when two to three days is typical," said Tony Fitzgerald, vice president of purchasing of Morrison Homes. "And concrete block orders have to be made eight days in advance of need."

Fitzgerald is working to establish a new foreign supply for his concrete suppliers.

"The material is available, it is a matter of obtaining the ships," he said.

Running an End Around

"These tactics may not eliminate supply issues, but they can limit the blast radius of setbacks, delays and shortages."

Traditional onsite construction methods have established processes and systems throughout the industry, but delays and price surges have plagued the conventional building approach.

Prefabricated construction methods in which project components are mass-produced, assembled and transported to the building site, offer immense potential for the current situation.

The process maximizes the use of materials by minimizing waste and reducing prices.

Offsite assembly, especially for mass-produced components, is quick and streamlined without the delays caused by inclement weather.

This is especially beneficial when used in conjunction with tools like building information modeling.

Many contractors have already begun adapting by placing orders months in advance.

Planning for one- to six-month delays can end up saving trouble in the long run because it allows contractors to create more reliable schedules, and it also makes additional delays less likely.

These advance orders may help suppliers plan accordingly, which could help the supply chain catch up down the road.

It is crucial for contractors in today's construction industry to be straightforward about delays and setbacks due to supply-chain issues.

They need to be honest about how long a project will realistically take when offering estimates to potential clients, even if it is longer than they would prefer. 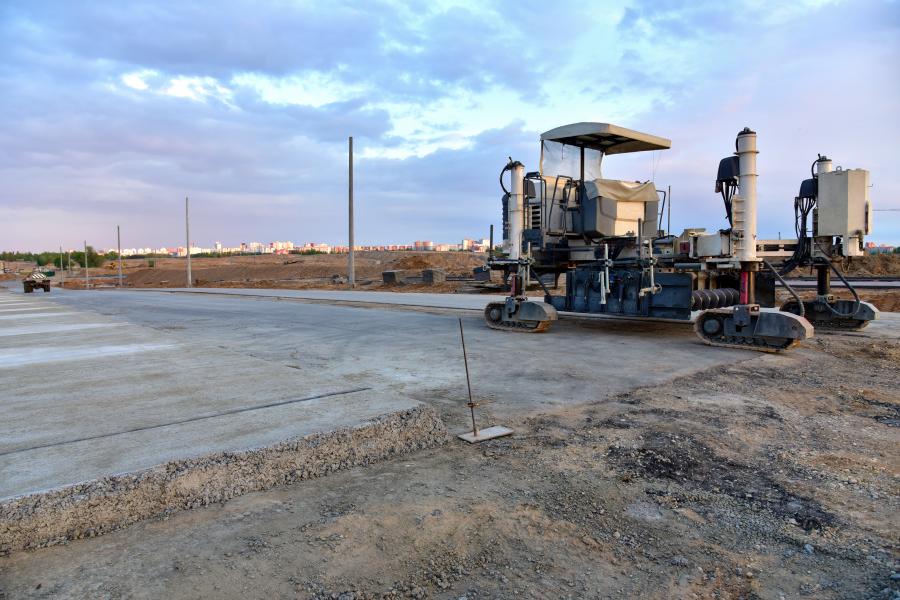 Clients will ultimately be more satisfied when something is completed on time, even if that timeline is longer than usual.

Offering a client a realistic project timeline will dodge the need to have challenging conversations down the road when delays do inevitably occur, said One-Key.

"In fact, the No. 1 cause of construction project delays is a lack of upfront planning, which includes predicting likely obstacles such as supply chain delays."

Contractors may need to brush up on their project planning skills in addition to communicating with clients about project expectations.

Similarly, it can be helpful to anticipate materials becoming unavailable during a project.

Working with clients to choose alternatives ahead of time can help prevent additional delays.

Green building techniques have become more popular over recent years, but they are more valuable today than ever.

Contractors may want to consider appealing to nontraditional demographics to address the labor shortage.

Shifting recruiting strategies to cater to these groups could help attract more people to the industry's many rewarding roles. CEG