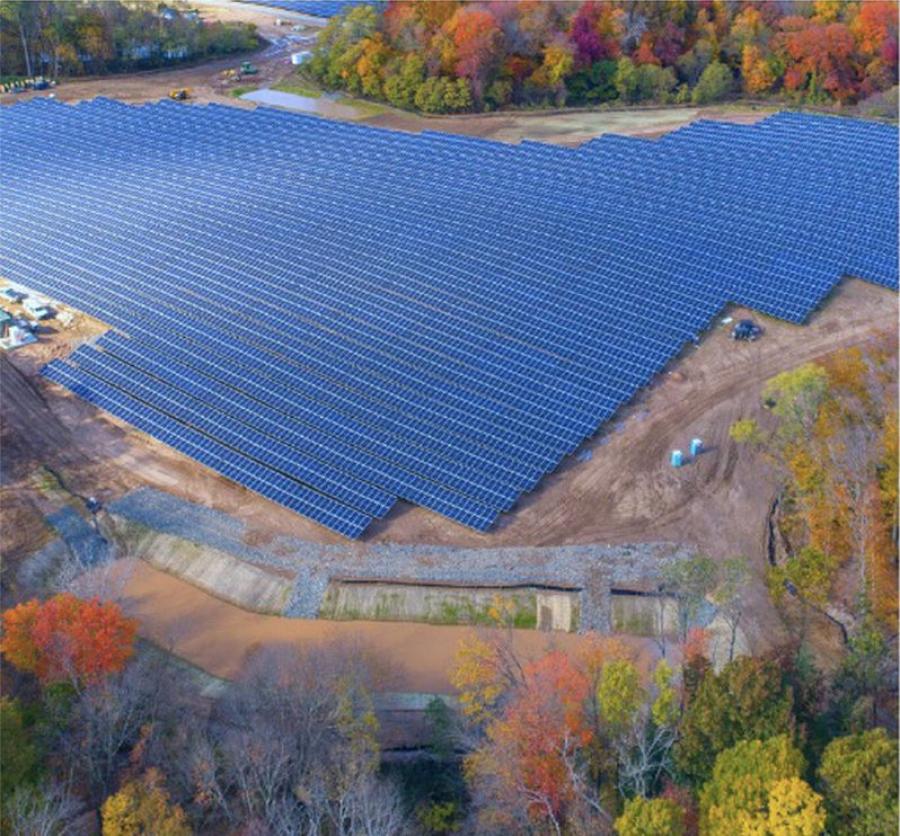 The Connecticut Siting Council has approved the largest solar development in the northeastern United States, a 120-megawatt project covering 485 acres.

Construction of Gravel Pit Solar could begin as early as this year and be finished in late 2022 or early 2023, state and local officials said.

First Selectman Jason Bowsza said the project "presents an opportunity for East Windsor to be a part of the state's renewable energy goals while seeing a significant increase in local tax revenue for the town."

An agreement requires owners to pay $378,000 annually for 20 years, plus a $1.5 million impact payment at the beginning of construction.

The state of Connecticut has purchased 20 megawatts of power, while Rhode Island has purchased 50, with the remainder to be sold to additional buyers, officials said.

The array, according to a presentation, would be a quiet neighbor with no town services needed. Also, the entire site is to be fenced in, a relief to the town, Bowsza has said, because trespassers have used the area for drinking, bonfires and ATV rallies, a longtime hazard that the town has been unable to stop.

The Gravel Pit project was one of nine solar projects selected by the Connecticut Department of Energy and Environmental Protection in late 2018 under a law passed the prior year that required the state to solicit bids for additional renewable energy. Together, the solar projects were expected to generate 165 megawatts.

"In addition to the environmental benefits, the project will generate local job opportunities as well," said state Rep. Jamie Foster, of East Windsor. "Although farmland is included in this project, it is important to remember that the land can be used for farming after the life of the solar panels end."

The East Windsor project comes after a large solar array began operating in 2019 in Simsbury. Tobacco Valley Solar was designed to produce 26 megawatts.

DESRI is part of the D.E. Shaw Group, major backer of the Block Island Wind Farm, the first offshore wind farm in the nation. Since 2005, the firm has invested in over three dozen solar and wind projects, according to its website.