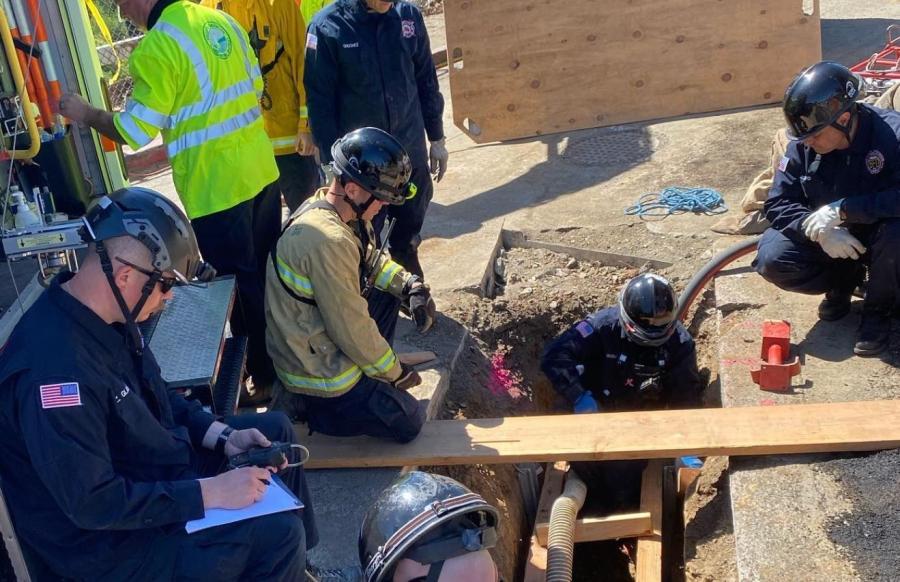 Crews were excavating at the site of the old bridge in Vallejo when they heard voices and switched off their digging equipment, Tom Walker, the project manager of the city, told the San Francisco Chronicle.

They discovered a cave about 20-ft. long and 3-ft. high in the side of the embankment.

"We called in the police and fire departments to make sure we didn't injure anyone," Walker said. In relocating the occupants, Walker added, "It's a rescue operation."

Dozens of police, firefighters and rescue workers converged on the bridge 1.5 mi. north of downtown Vallejo, the Chronicle reported.

Vallejo resident Albert Wong said he saw sleeping bags, backpacks, clothing and other items being removed from the cave.

"It's really common to have homeless encampments under bridges but this is the first time I've seen something like this," Walker said.

Mare Island is about 23 mi. northeast of San Francisco.