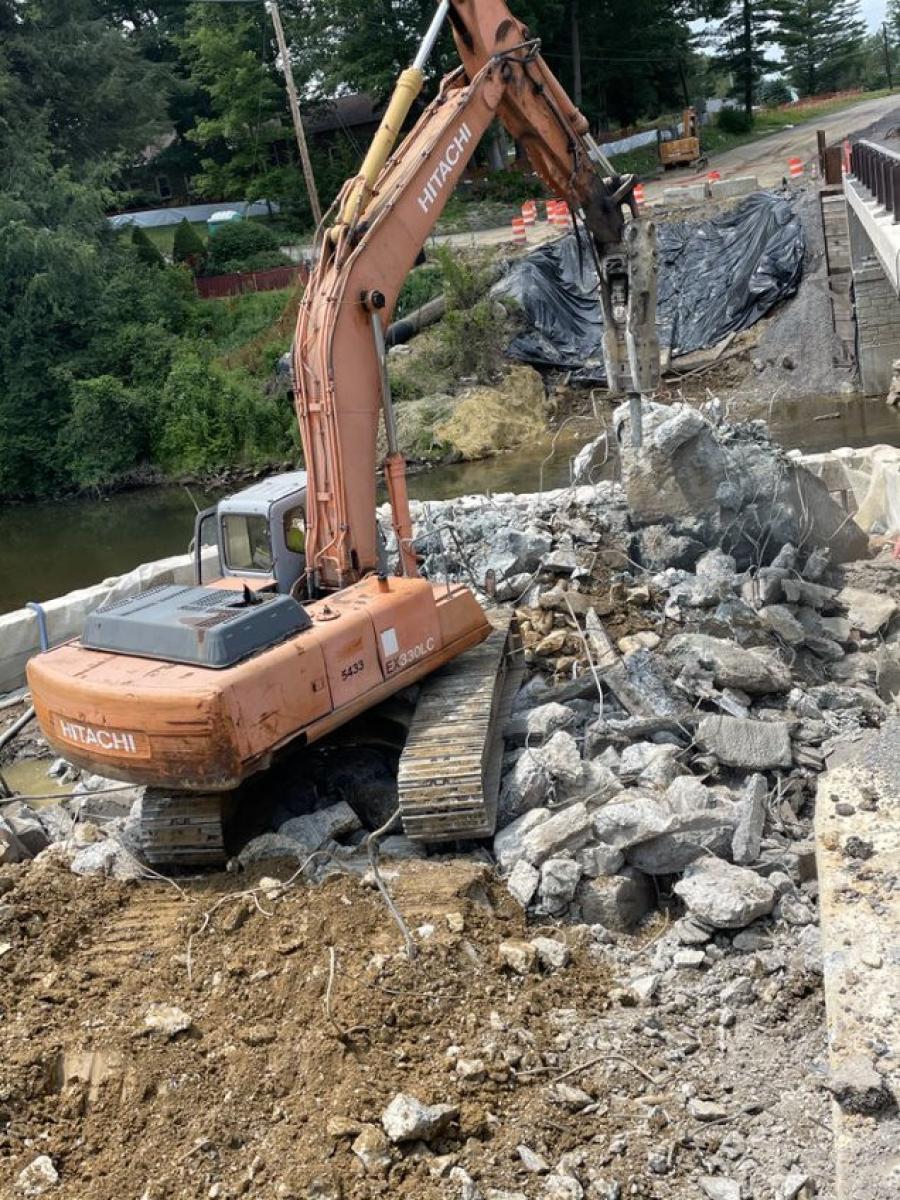 The original bridge was built in the 1920s and has reached the end of its service life. (MDOT SHA photo)

The Maryland Department of Transportation State Highway Administration (MDOT SHA) reported that construction of the Hutton Road (MD Highway 39) bridge over the Youghiogheny River in the town of Crellin has surpassed the 60 percent mark, with full completion expected by the end of the year.

The project is part of Maryland Gov. Larry Hogan's 2015 Investments in Highways and Bridges initiative.

In Crellin, traffic has been switched over to the new bridge, and crews are working on removing the original structure.

MDOT SHA's contractor for the project is Charles J. Merlo of Mineral Point, Pa. The company's crew began work at the crossing, in far western Maryland just a mile from the West Virginia border, in March 2020.

The $10 million project was planned to be accomplished in two stages.

According to Shanteé Felix, assistant media relations manager of the state transportation agency, the first portion of the work was estimated at $1.1 million and included prep work such as sewer line relocation and building drainage and storm-water management structures.

The second stage is made up of the bridge's replacement and the realignment of MD 39 at the crossing, estimated to cost $8.9 million. This portion of the project began last year and includes a new 114-ft. single-span bridge across the Youghiogheny River, plus 1,300 ft. of new roadway and a new guardrail traffic barrier.

In addition, the contractor is installing wider shoulders to improve safety, along with bicycle and pedestrian improvements where appropriate, and a parking area for kayakers beside MD 39, just before the bridge.

The new span also is being built almost 2 ft. higher than the old bridge.

"Originally constructed in 1928, the [previous] bridge is safe for the traveling public but is nearing the end of its useful service life," Felix explained. "If the bridge is not replaced, weight restrictions would need to be posted to ensure safety. This could have a significant impact on the local economy and movement of traffic since MD 39 functions as a primary travel route for traffic in this rural area of Garrett County."

Construction crews are working on excavating for Wing Walls 1 and 3 over the next month, Felix added.

"Wing walls are similar to retaining walls connected to a home; they are connected to the bridge to help support the roadway," she explained.

The biggest challenge for the contractor to date has come from working in proximity to the Youghiogheny River without violating Maryland's environmental standards protecting the quality of its waterways.

High water has posed problems for the contractor at the bridge replacement site, as the river is prone to flooding after heavy rainfalls.

"The other challenge that this project faced was the removal of the double arched bridge," noted Felix. "The old bridge had to be demolished in a specific way in order to keep it from falling into the river."

Once crews fill the section and resurface it, she said, the old roadway approach to the bridge will be raised to the elevation of the improved MD 39 and Otterbein Street, the latter of which runs parallel to the Youghiogheny. That work will upgrade the intersection of the two roads, just northwest of the river, for motorists in Crellin.