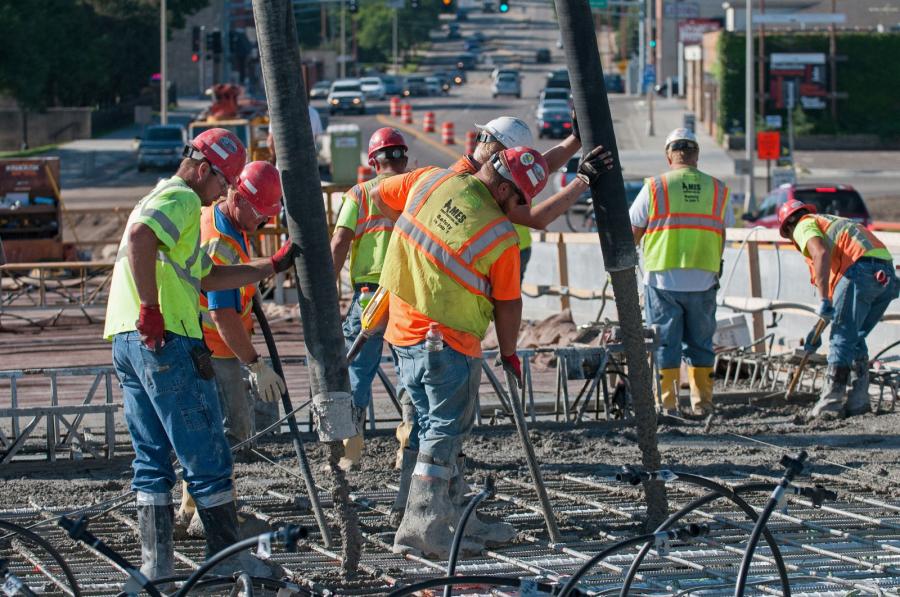 AGC officials said they were encouraged by the new construction employment figures, but they cautioned that labor shortages remain significant and could impact future hiring levels.

Construction employers added 23,000 jobs in September as employment in the sector hit the highest level since the end of 2008 amid strong demand for construction services, according to an analysis by the Associated General Contractors of America.

Association officials noted that average hourly earnings for construction workers increased by 2.8 percent compared to 12 months ago as labor shortages continue to prove challenging for many firms.

"Demand for construction remains quite strong but contractors continue to struggle to find qualified workers," said Ken Simonson, the association's chief economist. "The monthly declines the industry experienced during the summer were likely caused by worker shortages instead of shortages of work for many firms."

As the available supply of workers continues to shrink, average hourly earnings, a measure of wages and salaries for all workers, increased 2.8 percent in construction over the past year to $28.30 in September, nearly 10 percent more than for all nonfarm jobs, the economist noted. For the private nonfarm sector, earnings rose 2.4 percent over the past 12 months to $25.79.

Association officials said they were encouraged by the new construction employment figures, but they cautioned that labor shortages remain significant and could impact future hiring levels. They urged members of the U.S. Senate to act on House-passed legislation to provide new flexibility and higher funding levels for career and technical education programs across the country.

"Just because contractors were able to find people to hire last month doesn't mean the industry's labor shortages are over," said Stephen E. Sandherr, the association's chief executive officer. "Senators can make it easier for schools to teach the skills local employers need so we can put more people to work in high-paying construction careers."