Contractor Does What It's Supposed to Do … Then More 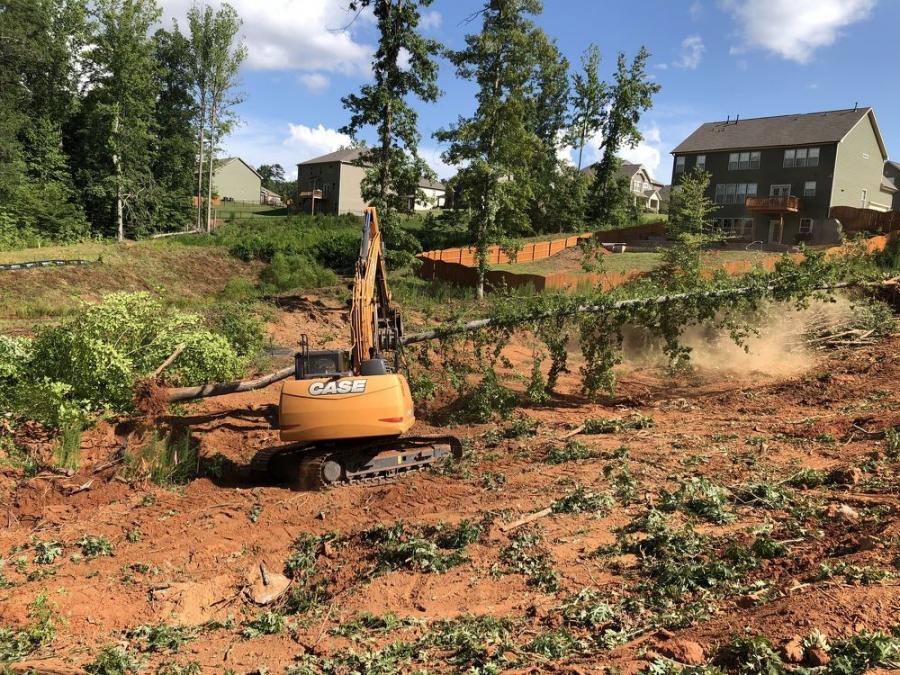 Superior Grading is an up and coming mid-sized grading contractor based in Liberty, S.C. The company is owned by Jeremy Petersen and is operated by a father-son team with father, Brian.

“We have found the team management approach works best for our 17 employees and our customers” said Jeremy Petersen.

Currently, the company operates within a 75 mile radius of its home base in upstate S.C., typically working on five or six job sites simultaneously. Currently the company serves customers in the commercial and national home builder market sectors. The company performs a number of tasks including: clearing, grinding, mass grading, stormwater, site/pad prep and final grading. 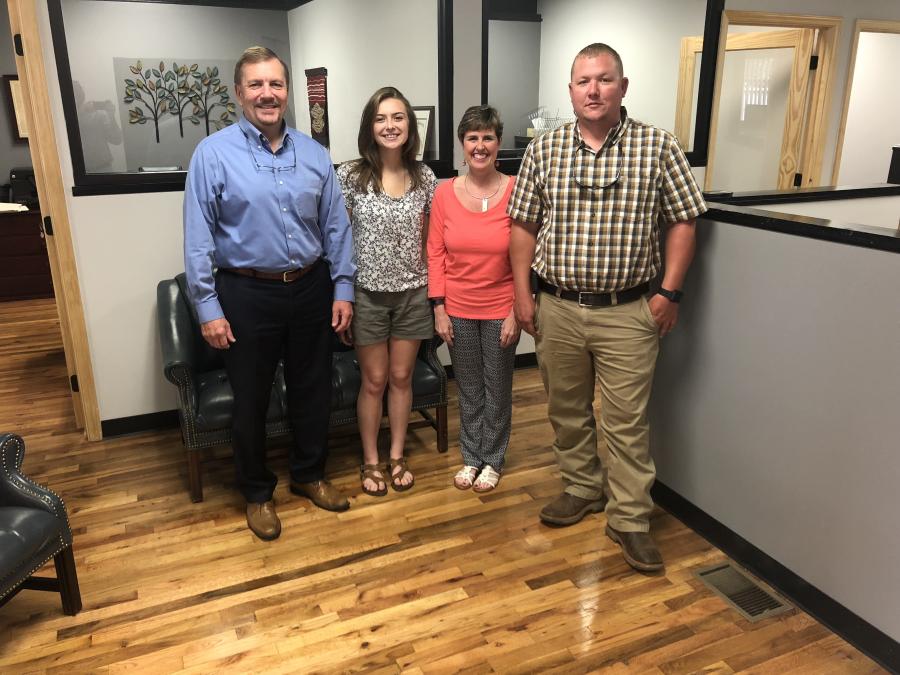 What sets the company apart and has led to its success thus far, however, is its attention to its employees' and customers' needs, and its dedication to precision, according to Brian Petersen, acting CEO of the company.

“We think part of the success that Superior has is that we first consider the customers' needs and pinch points. Only then, can we apply our resources to accommodate those needs,” said Brian. “Our mentality is: do what we are supposed to do the first time and then do a little more.”

This dedication to their customers' needs differentiates Superior Grading from other companies, added Petersen.

“We've had many customers get in tough positions with other graders or companies that have promised them they would do X, Y or Z,” he said. “Unfortunately, those graders were thinking of themselves instead of the commitment they made to their customers. Our belief is: if we tell you we are going to do something, we will do whatever it takes to get it done. Even if it is uncomfortable or costs us more money — our word is our bond, and that is what we are committed to.”

Petersen attributes this philosophy to his upbringing at the military academy at West Point, N.Y., and the military members of his family.

“I am second generation, born and raised at West Point, and I learned very early on the value of honor, integrity and service,” he said.

Jeremy also emphasized the impact that Hills Machinery, the dealer from which Superior Grading buys, has had on the company's success.

“A lot of our ability to expand is to the credit of Hills Machinery,” he explained.

In fact, according to Petersen, Superior Grading is now the biggest Hills customer in upstate South Carolina. 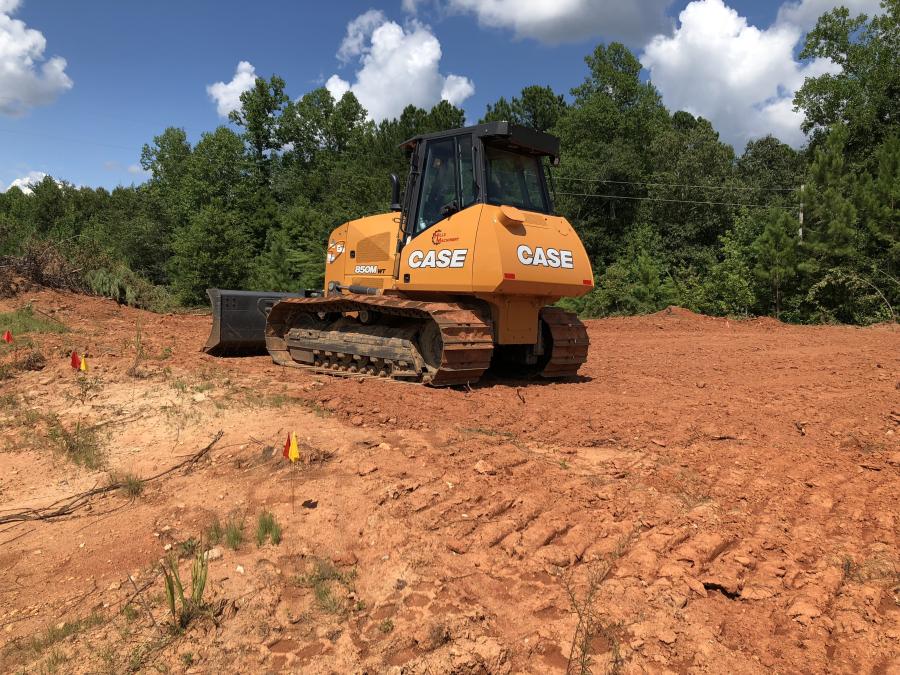 “We really started with Case and with Hills,” said Jeremy. “They wanted to work with us, despite the fact that we were newer, and they were looking to build long-term relationships even with the smaller guys.”

B. Petersen named two exceptional salesmen Superior Grading has worked with, Jim and Adam Hills, as keys to this positive relationship.

“We have worked on deals with them,” he said. “They have come to bat for us. We have gone to bat for them. We try to work together as a team because I believe, indirectly, they are our partner.”

The birth of Superior Grading was not such an easy path, however. The company actually began with tragedy.

According to Petersen, his son, Jeremy, suffered serious injuries after a racing accident in May 2016. In the incident, Jeremy was struck by another go-cart in a competitive race, flipped four times and then was struck repeatedly by other carts after exiting his own. It was at this point that Brian implored him to change directions.

This is where Superior Grading got its start; it was after this incident that the Petersen team leased some machines from Hills — a Case TV380 skid steer and a Case CX55B excavator.

The company began with myriad work offerings, one of which was grading.

“The reason we have grading is because many times a project begins and ends with grading,” Brian said. “With this capability, Superior Grading helps us avoid delays waiting weeks for graders to perform these first or last steps.”

Both Brian and Jeremy had industry experience at the beginning of their mutual venture; Brian worked from 2000-2008 building custom hand-crafted, high-end log homes across the Southeast with his previous company, Expedition Log Homes of the South East, and Jeremy, though much younger at the time, had gained some contracting experience there, as well.

“Jeremy had the ability, and I had the resources from a management and financial perspective,” said Brian.

With this previous experience and with assistance from Hills, Superior Grading took off — driven by Jeremy's effort.

“One thing he started doing early on, was going to companies, knocking on their door and leaving a card,” said Brian. “He was persistent, and he just kept going and going. Finally, one of them called and there has been no looking back since.

“He went out there and carved the trail, and when they saw what he could do and the quality of his work, they awarded Superior with multiple contracts,” he added. “He did what he said he would do, and he agreed on a price that wouldn't come with extra purchase orders.

“When Superior provides a proposal, we don't just do the drive-by wonder/guess bid — we do a site visit, shoot grades and elevations, then run it through Rock Tech professional grading software. We know what our costs are because we operate on a very analytical approach to business. Now, we never have to go knock on a door,” Brian said.

Of course, Petersen clarified, this all goes back to the machines they use on the job. Without good equipment and dealer support, we could not be as effective as we are. It takes teamwork like we get at Hills Machinery. 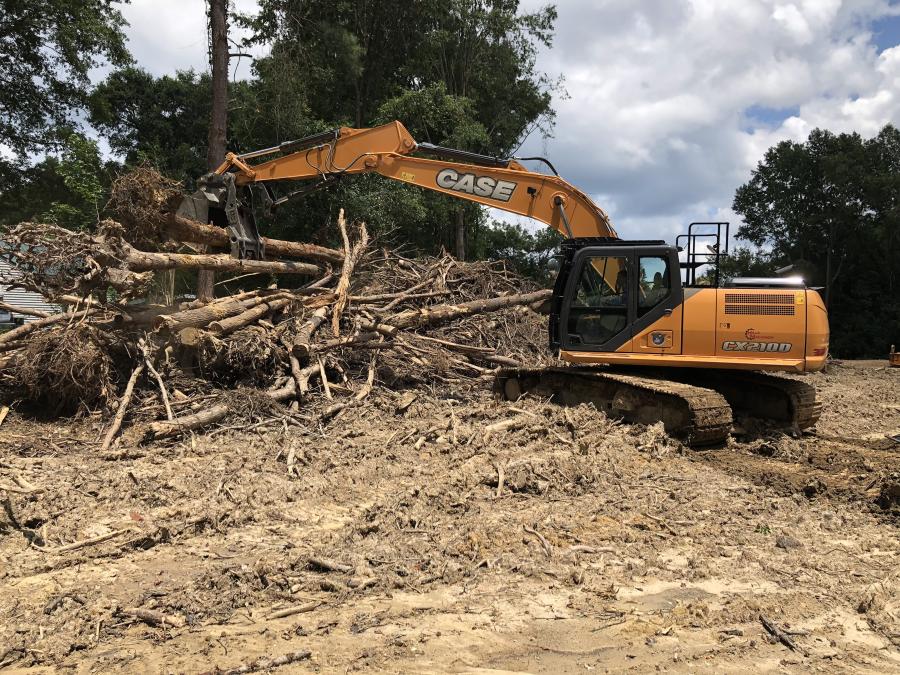 Superior Grading has a growing fleet of machines, of which currently eight are from Hills Machinery. This includes: a CX55B excavator; two 210D excavators; a 130D long-track excavator; a TV380 skid steer; an 1150 LGP dozer; an 850 wide-track dozer; and a SV208 roller.

“With a total support philosophy, coupled with Hills' family approach — what more could you ask from a dealership! We attribute a lot of our growth and success to their involvement. That's what matters and why we are with Hills,” he added.

“Having known what Hills has done for us, I would say this: give them a chance, and I think you will be like us — you will not be disappointed,” Petersen said. “The family is open. Contact Hills and let them do what they do best: provide a good, affordably-priced machine and the service you need to back it up.”