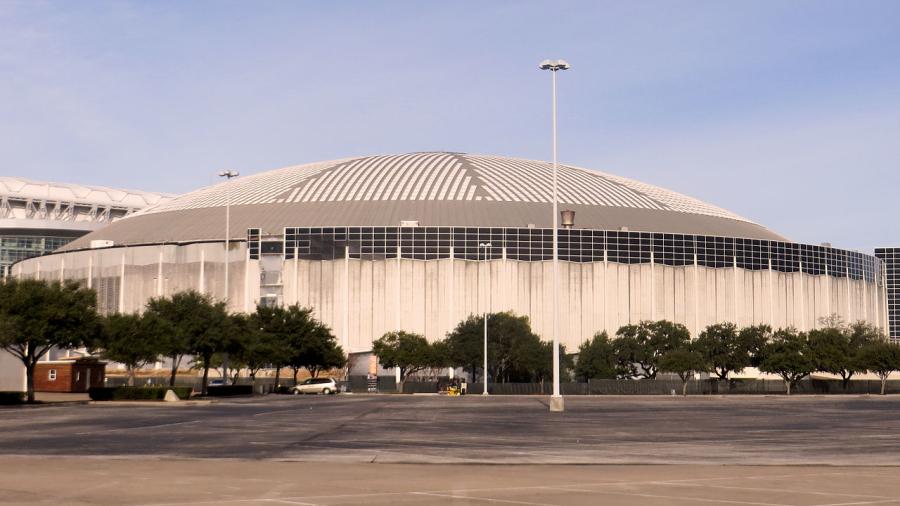 The dome has been vacant for 17 years and the Houston Chronicle reported that officials want to make it suitable for festivals, conferences and commercial uses across more than 550,000 sq. ft. (51,097 sq m) of air-conditioned space. Image courtesy of Eric Enfermero.


HOUSTON (AP) Harris County leaders unveiled a financing plan for a $105 million redevelopment of the Houston Astrodome that would include raising the two bottom floors to accommodate about 1,400 parking spaces.

Officials said that the county would pay for a third of the project, that another third would come from hotel taxes, and that county parking revenues would cover the remaining amount.

County commissioners will determine whether to spend $10.5 million on the design of the parking garage inside the county-owned stadium. If that's approved, a firm would be hired to produce an overall redevelopment plan.

The dome has been vacant for 17 years and the Houston Chronicle reported that officials want to make it suitable for festivals, conferences and commercial uses across more than 550,000 sq. ft. (51,097 sq m) of air-conditioned space.

"This is making something happen, finally, with the Dome,' said Harris County Judge Ed Emmett, who's the county top administrator.

The plan is the latest for a 51-year-old landmark that has vexed officials for years as they sought to repurpose it. It hasn't housed a professional sports team since the Astros moved to Minute Maid Park in 2000. Two years later, NRG Stadium opened next door as the home of the NFL's Texans.

It was declared unfit for occupancy in 2009 and county voters two years ago rejected a $217 million bond proposal to fund a massive renovation.

Demolishing the Astrodome, which is designated a state antiquities landmark requiring state permission to alter or demolish, would cost $35 million to $50 million, county officials have said.

"There are some that just really don't want to save the Dome. They want it torn down,' Emmett said. "This saves it in a very conservative way that makes it useful and preserves options for the future.'

Several obstacles remain that could derail the latest plan. For instance, if the estimated cost of construction grows much beyond $105 million then commissioners will have to decide whether to continue.