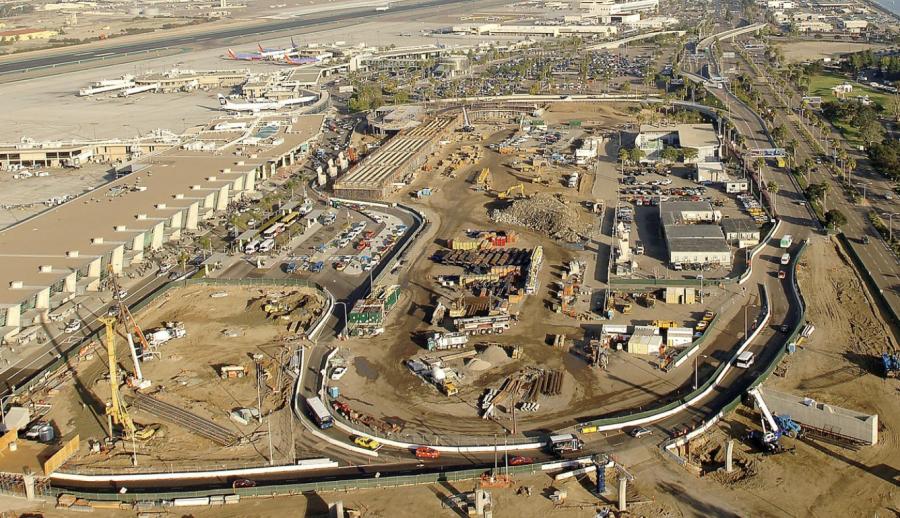 The massive project at the San Diego International Airport is valued at approximately $3.4 billion and will replace the 1960s-era Terminal 1 and build a new airport access road.

Construction activities are finally under way after nearly a decade of planning at San Diego International Airport on a $3.4 billion project that will eventually replace the 1960s-era Terminal 1 and build a new airport access road.

The massive project started in November after the Federal Aviation Administration approved a federal environmental impact analysis, according to the San Diego Union-Tribune.

Initial work ranges from removal of vacant cargo buildings to relocation of utilities. The new terminal will have 30 gates and improved food and retail concessions plus a baggage system capable of handling 2,000 bags per hour during peak periods.

The terminal will offer a range of sustainable and energy-efficient features. A series of airfield improvements, including new, redesigned taxiways, will help reduce aircraft taxiing times, resulting in reduced greenhouse gas emissions. An underground fuel-delivery system will reduce the need for trucks to deliver fuel to aircrafts and result in less emissions and quicker turnarounds at the gates. 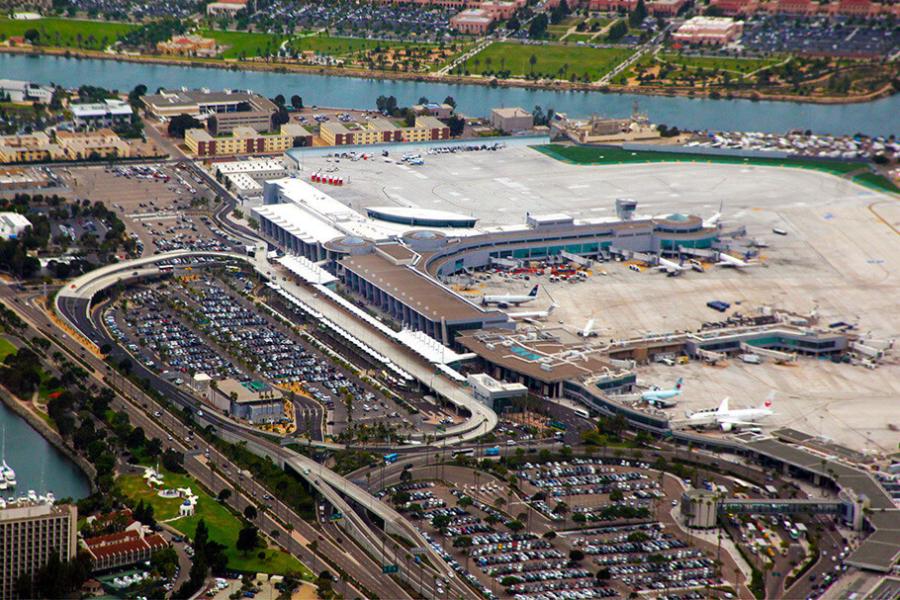 Other early stage work includes utility relocation, a significant undertaking, said Sabrina LoPiccolo, airport spokeswoman. A 5,200-parking garage also will be built, as well as an elevated departure roadway similar to the one serving Terminal 2, which previously underwent a $1 billion redevelopment.

Preliminary work will begin on the new inbound roadway, which airport planners said will remove 45,000 vehicle trips per day from North Harbor Drive. And the following month, the contractor overseeing construction of a new taxiway and related airfield improvements will commence pavement removals and utility work, LoPiccolo said.

An outdoor deck off the future food hall will offer panoramic views of the harbor and downtown skyline. Nineteen gates are expected to open in mid-2025. The old terminal will then be demolished and the remaining 11 gates should be finished by 2027.

The San Diego Regional Airport Authority was notified Oct. 22 that the FAA had determined that the project could move forward, concluding that it "would not cause any significant environmental impacts that cannot be mitigated, and is the most reasonable, feasible and prudent alternative."

That final hurdle cleared the way for construction on what is the single biggest undertaking in the airport's history. The redo of Terminal 1, along with planned airfield improvements, is triple the cost of the $1 billion redevelopment of Terminal 2 eight years earlier.

The cell phone lot will be relocated in December and 500 parking spots in Terminal 1 will be eliminated in January.

The Turner-Flatiron team has completed previous work together at San Diego International Airport and at airports in San Francisco, Oakland, Sacramento and Denver. The team brings together Flatiron's experience in airside construction as well as runway and taxiway operations with Turner's experience in airport terminal and concourse commercial structures.