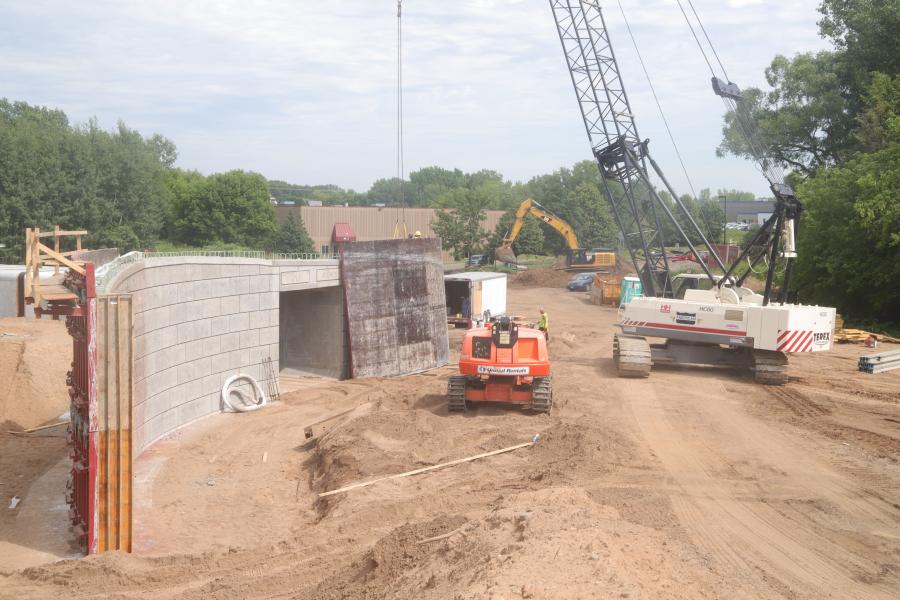 To give a pictorial perspective on the 350,000 cu. yds. of fill dumped on the TH36/Hadley interchange rebuild, the top of this 100-ft. culvert now carries Hadley Avenue over the Gateway Trail. The boom of a Terex crane looms over the tunnel while a Cat excavator in the far background excavates for new storm sewer.

In a time spanning just more than six months, crews with Shafer Contracting substantially completed a major remake of a busy and congested highway intersection by early last fall. The project is taking place in Oakdale, Minn., located several miles northeast of St. Paul, on TH 36 where it intersects with Hadley Avenue, a busy, city arterial.

Shafer Contracting, headquartered in Shafer, Minn., has been in the construction industry for more than 50 years and specializes in earthwork, underground utility installation, concrete, paving, curb, gutter and traffic control construction. The company has years of experience working on highway improvements for MnDOT. 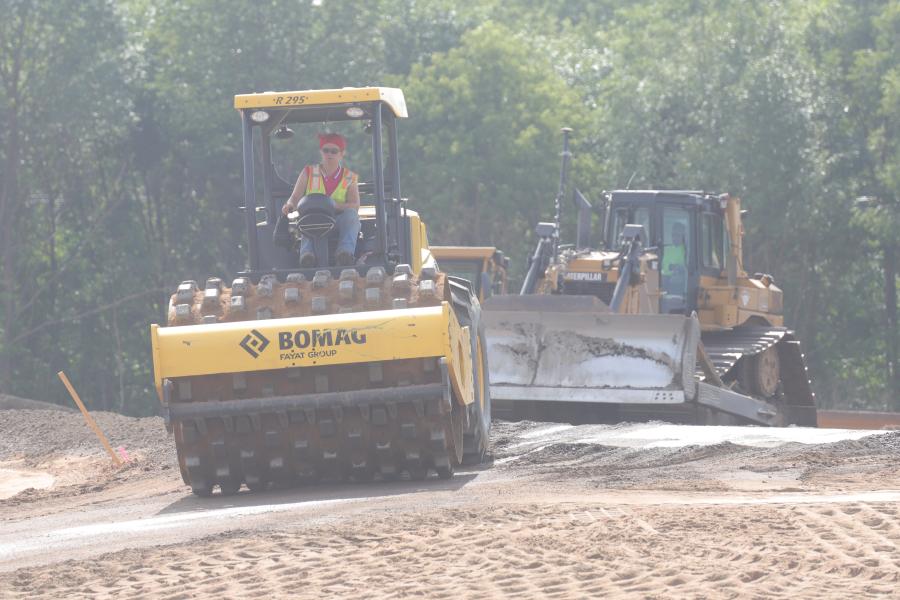 What once was a congested, at grade, signalized crossing filled with turning movements, has been replaced with a bridge crossing over TH 36, exit/entry ramps and round-a-bouts at local, intersecting streets.

Linked to this project, and a high priority with several government agencies, was the relocation of the nearby Gateway Trail which runs parallel through this section of the highway and is part of the National Recreational Trail system.

The trail originally crossed Hadley Avenue, which carries an average of 8,300 vehicles per day, less than 100 ft. from the highway. To eliminate this hazardous mix of trail users and Hadley Avenue vehicular traffic so near to the highway intersection, crews shifted the trail crossing to the south and replaced the dangerous, at-grade crossing of the busy street with a culvert to tunnel trail users under it.

Minnesota's Washington County is leading and managing the project and is in partnership with the city of Oakdale to bring these road improvements to area residents, commuters and business owners.

SEH Engineering based in St. Paul, Minn., designed the interchange with input from Washington County, the city of Oakdale, MnDOT, the Minnesota Department of Natural Resources (DNR) and area businesses.

"Just under 10 acres of private property was acquired for the project," said Kevin Peterson, Washington County project manager. "Mills Fleet Farm's generous land donation was a catalyst to securing additional funding for this project. Donated Mills Fleet Farm property that was not needed was returned to Fleet Farm." 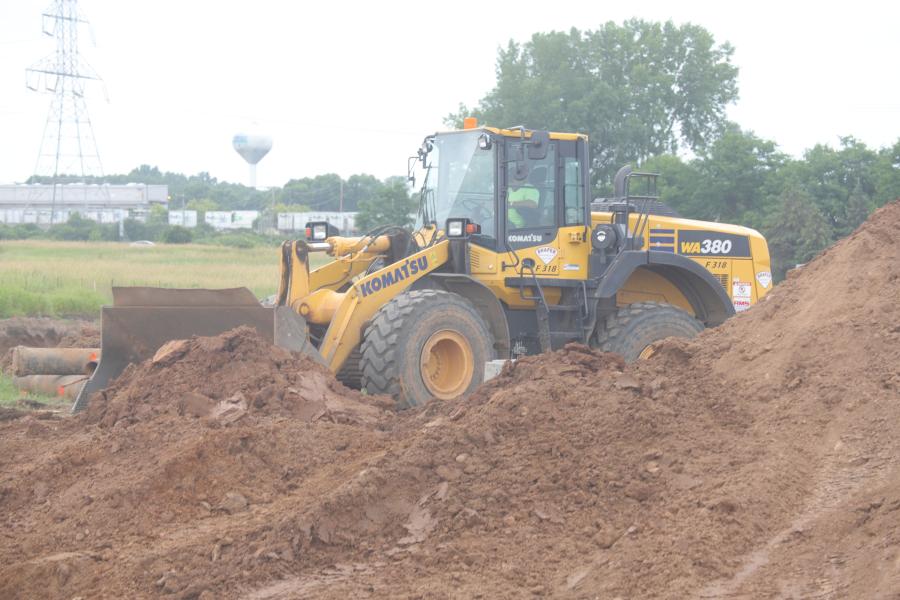 To put the fast-paced, six-month timeline into perspective, "we did $20 million of work in one season and on a fairly small site while maintaining traffic. We wanted to get the majority of the work done in one season which was probably the biggest challenge to this project while realizing it was a self-imposed challenge," said Gerritt Bangma, Washington County construction engineer.

The new design and end result are apparent to regular users of this interchange.

The bridge geometrics separate vehicles and pedestrians from the original and potentially hazardous at grade crossing of the highway and gives them plenty of their own space as they cross over the highway.

Local intersecting streets on each side of the highway originally controlled by stop signs have been replaced with two round-a-bouts on the north side and one round-a-bout on the south side to smoothly move traffic through the ramps and intersections.

Storm run-off contaminates will be improved with the excavation of four storm sewer filtration ponds at each quadrant of the interchange.

The project broke ground in early April 2019 and the contractor quickly turned the areas on both sides of the highway into a giant sandbox and let the heavy equipment operators begin rearranging the landscape.

By the middle of July, operators behind the controls of a dozen pieces of heavy equipment worked daily to excavate, compact, grade, lift materials and excavate bad soil and dump clean fill. 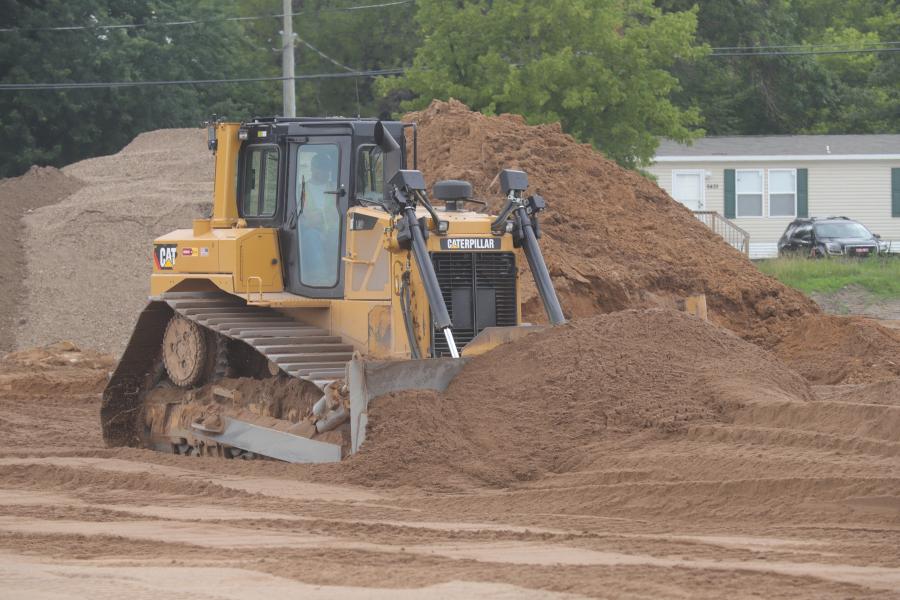 Shafer Contracting mobilized its own inventory of equipment and relied on Ziegler Cat to fill in equipment gaps and keep progress on this project in the right direction. The equipment list includes Bomag rollers; Cat excavators and dozers; John Deere excavators; Komatsu dozers; and a Terex crane.

Equipment operators had a strong force of tradesmen supporting them. At the peak of construction, there were approximately 100 workers on site representing Shafer Contracting and 17 sub-contractors.

During the first weeks of construction, work focused on coordinating and relocating several underground utilities, which went well on this project.

"We were at the make or break time on a couple of occasions in getting the utility work done but we were able to work through it," Bangma noted. Overall, "there wasn't any major problem that had the potential to derail the project. We were able to deal with the issues that came up and handle them in a timely manner to come up with a path forward and keep the project on track."

"We did a lot of soil corrections; muck excavation early on and then we started building the bridge abutments right away and when that wrapped up, we moved into storm sewer work. There is a lot of storm sewer on this project," Bangma remarked. 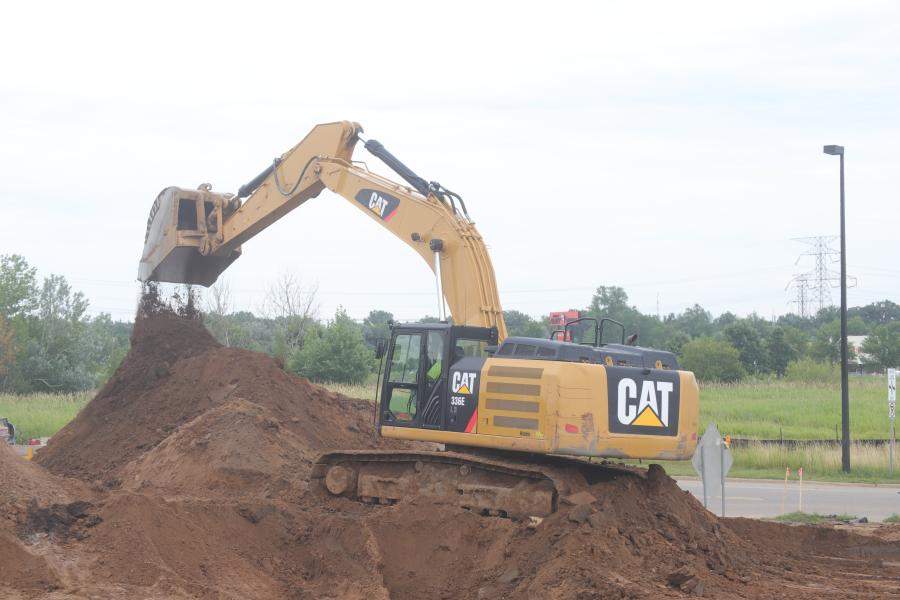 Most of the challenges revolved around the fast pace schedule, maintaining traffic and making design tweaks. Then, there was the weather, which can easily ‘derail' any project.'

Because of an over-abundance of rain last spring, "there were days the contractor wasn't able to work. It was a wet year and to get this interchange open in spite of the weather was an accomplishment," Bangma remarked. He added that "this area has a high water table so we were working in the water quite a bit."

It took effort, though. During peak construction, the contractor and its team of sub-contractors worked 12 to 14-hour days, six days a week to reach an early opening of the interchange, Bangma said.

By early November last year, an untimely cold spell settled into the area. Though the cold cut the work season shorter than expected, it won't affect the 2020 spring work schedule.

"Once the cold weather set in, we shut down, knowing we would not get much concrete work done. All traffic is on pavement now so we worked with the contractor to work out the best options to leave the site for the winter.

"When we return in the spring, we will work on the connection roads and anticipate this work will be done by June," Bangma said. CEG